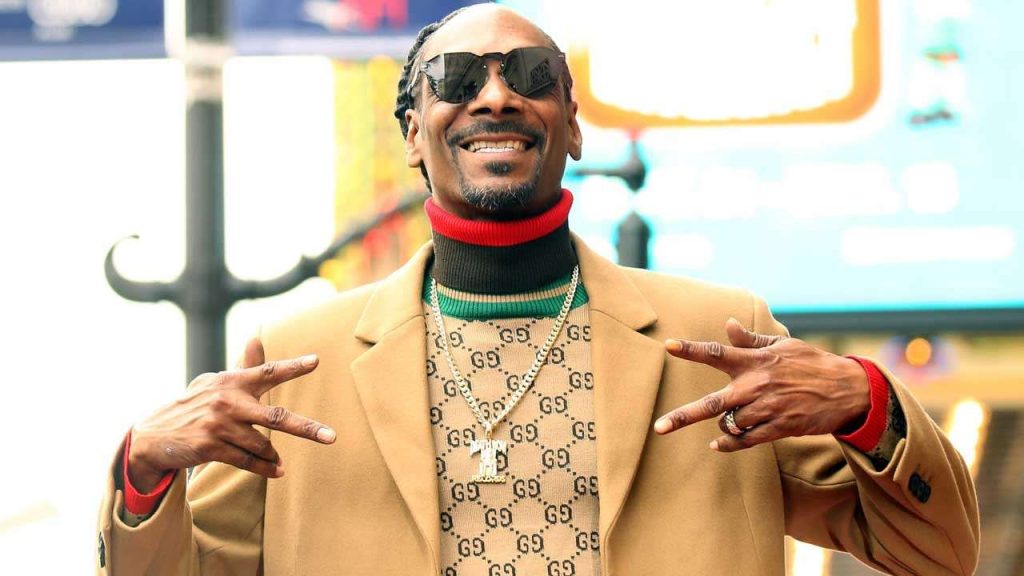 Snoop Dogg receives star on Hollywood Walk Of Fame, thanks himself in acceptance speech.[/caption] American rapper Calvin Cordozar Broadus Jr – aka Snoop Doggy Dog got a star on the Hollywood Walk of Fame on Monday and hilariously thanked himself for a good journey to celebrity status. The 47-year-old Snoop, who also can be called a comedian, a weed connoisseur, a game show host and cookbook author, expressed gratitude to others, including Dr. Dre and Quincy Jones, in his acceptance speech for helping to guide him through his career and said, in turn, he now hoped to now help other young hip-hop stars to “cut through the mess early”. But the West Coast rapper’s hilarious and heartfelt shoutout to himself was just the right amount of ego and humour to address a show-business milestone. And it was blunt. [caption id="attachment_133627" align="alignnone" width="620"]

Related Topics:Snoop Dogg
Up Next

Gabrielle Union's daughter has "102 nicknames" and here's why

Amber Heard’s legal teams filed an official motion in court on Friday that the verdict in her blockbuster case against Johnny Depp is thrown out. END_OF_DOCUMENT_TOKEN_TO_BE_REPLACED

US clergyman, Creflo Dollar, has denounced his position on tithing. For many years, Creflo had preached on the importance of Tithing and had informed his congregation that failing to tithe opens the door for devourers to come in and destroy a person’s life. END_OF_DOCUMENT_TOKEN_TO_BE_REPLACED

David Beckham and Victoria Beckham have taken to Instagram to profess their love for each other on their 23rd wedding anniversary. END_OF_DOCUMENT_TOKEN_TO_BE_REPLACED

Chris Brown has said the public is only interested in negative news about him but go silent when he drops an album. END_OF_DOCUMENT_TOKEN_TO_BE_REPLACED

Congratulations are in order for singer Jhené Aiko and rapper Big Sean as they are reportedly expecting their first child together. END_OF_DOCUMENT_TOKEN_TO_BE_REPLACED

Videos have emerged of the moment a Russian ice hockey star who signed a million-dollar contract with an American team was rounded up by Russian policemen and taken to an army enlistment office before he is sent to fight in the war in Ukraine. END_OF_DOCUMENT_TOKEN_TO_BE_REPLACED