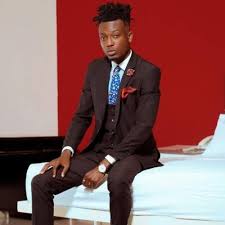 Ghanaian rapper  Opanka has revealed why he has been silent on the music scene.

Speaking to Ameyawtv, the rapper reveals growing up the perception people had about secular music has shaped the way he brings music out.

‘‘I try to do something positive and clean, I don’t involve myself in controversies. People are following us on social media, we are people’s idol so when we are lying and portraying that fake life, it’s destroying someone’s life’ ‘ He said.