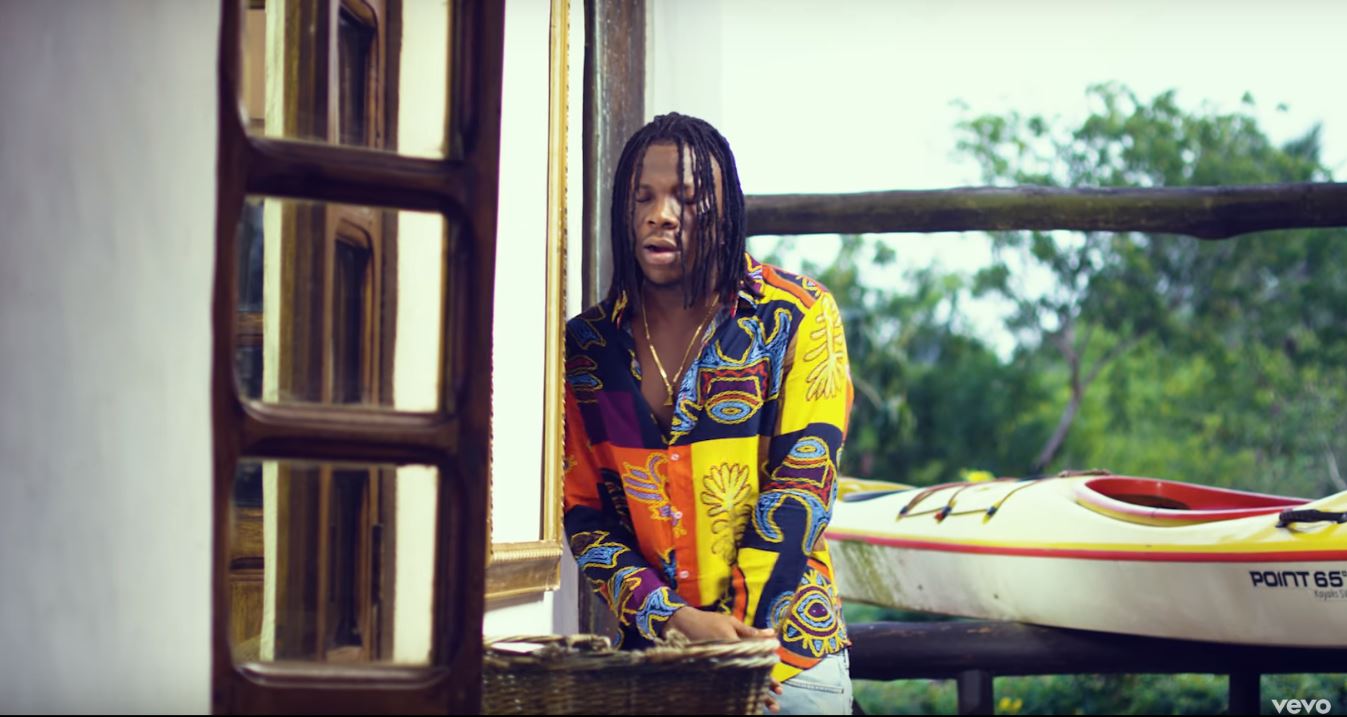 Reggae/Dancehall artiste Stonebwoy, says he has not deviated from selling Ghana by speaking Patios in his songs.

His comment comes after veteran musician, Gyedu-Blay Ambolley, said the singer was putting other culture in his songs rather than Ewe or Ghanaian.

The legendary singer cited Stonebwoy’s ‘Most Original’ feature with Sean Paul, as an example saying that the Jamaican was selling his home with his language but Stonebwoy had sold nothing Ghanaian in the song.

However, Stonebwoy believes Patios has given him a stage to stand on and represent Ghana.

Speaking on Daybreak Hitz On Hitz FM, he explained that “I am an Ewe and there are Ewe songs I have performed on big platforms, I speak Twi and Ga in some of my songs  but I am fortunate enough to have been able to study and cross over to other languages including English.”

“Definitely I see nothing wrong in being able to master a craft so well that I am accepted globally or else I may not even be able to get to where I am today,” he told Andy Dosty, Friday.

The ‘Tuff Seed’ hitmaker stated that although he might speak Patios, his other languages (Ewe/Twi/Ga) is evident in his Patios.

Stonebwoy said that he prays the veteran understands that, that same Patois is putting Ghana on the map, explaining, he goes places and say he’s from Ghana, performs Afrobeat/Dancehall and he is accepted not rejected.

“Times are changing, music is evolving and our understanding is getting broader. There is nothing wrong with the Patios. People should not forget I have lots of songs I sing in Ghanaian languages as well,” he added.

Government should drop case against Shatta Wale and I – Stonebwoy pleads

Over 20,000 youth gather for concert Encounter Love with SINACH

American musician,  Usher has taken a part of Ghana with him back to the United States of America. END_OF_DOCUMENT_TOKEN_TO_BE_REPLACED

Black Sherif is getting ready to release his debut album, and the tracklist has everyone excited. END_OF_DOCUMENT_TOKEN_TO_BE_REPLACED

The Ghana Police Service has mounted a search for a man who was caught on video flogging a baby under a tree. END_OF_DOCUMENT_TOKEN_TO_BE_REPLACED