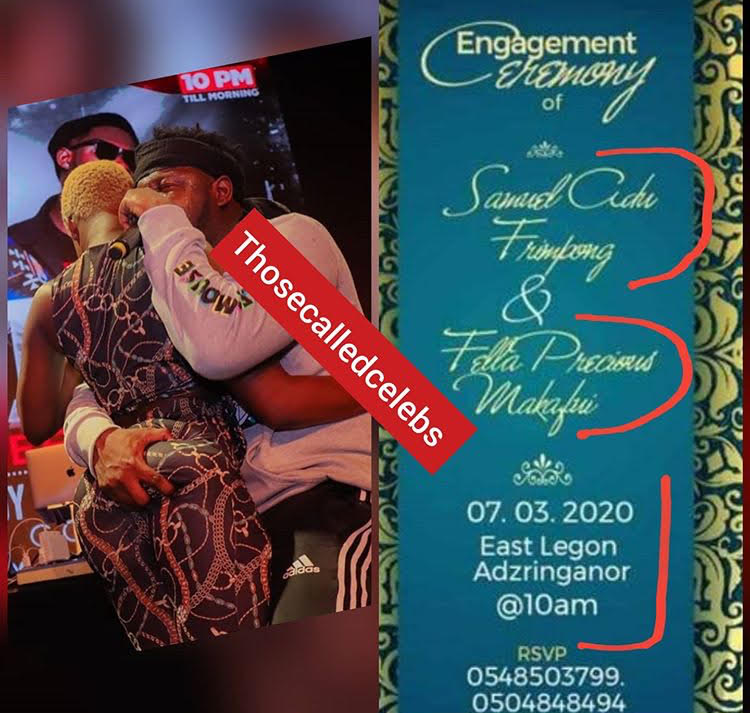 Rapper, Medikal and actress, Fella Makafui are set to tie the knot, according to this invitation that has popped up online.

According to the invitation, the two are set to tie the knot on the March 7, 2020 at East Legon.

Medikal and Fella Makafui have been dating for more than a year now with several contrives surrounding their love affair.

The two recently caused quite a stir when news came up that they had broken up. Many Ghanaians believed the break up was staged for attention. They however made up and look strong as ever.

Even though this invitation looks too real, some sections of Ghanaians believe it could be another stunt the couple is pulling as they usually do. 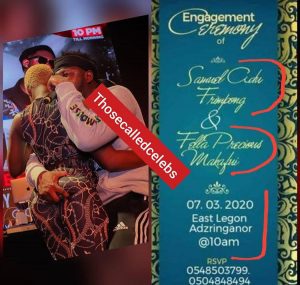 Defy our orders and face the music- FDA to angry celebrities

72 hrs is too short, I need a week to respond- Ambolley to Okyeame Kwame