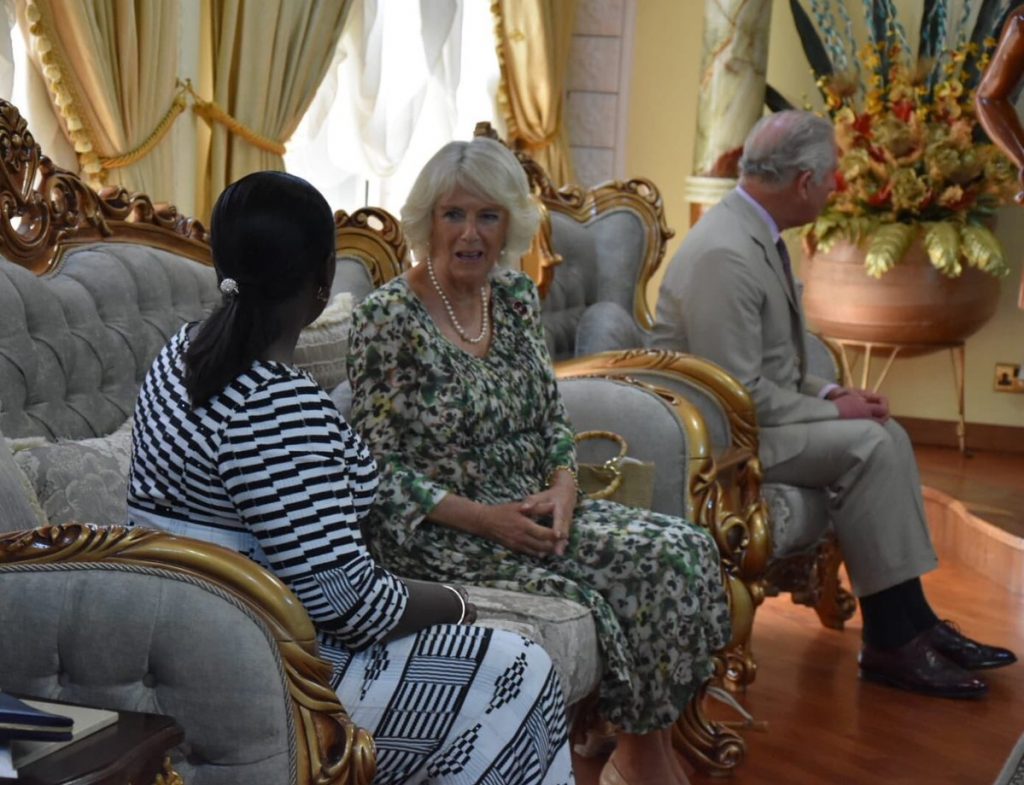 HRH Camilla with HRH Lady Julia[/caption] Prince of Wales, Prince Charles, and his wife, Camilla, the Duchess of Cornwall, were yesterday given a taste of the rich Asante culture when they attended a special Akwasidae Festival held in their honour at the Manhyia Palace in Kumasi. [caption id="attachment_131964" align="aligncenter" width="1024"] 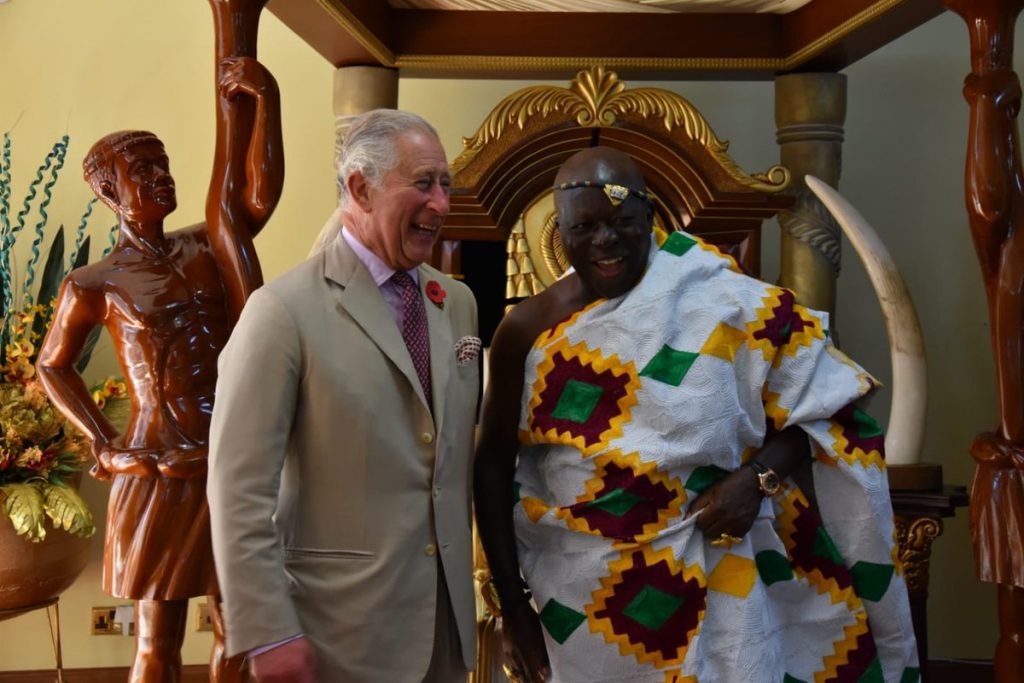 The Asantehene has a long standing relationship with the British Monarchy having met The Prince of Wales in Glasgow where they both received honorary degrees.[/caption] A number of chiefs and queenmothers, clad in rich Kente clothes of different colours, with native sandals, necklaces and bracelets to match, lined up to pay homage to Otumfuo Osei Tutu ll, the Asantehene. [caption id="attachment_131967" align="aligncenter" width="1024"] 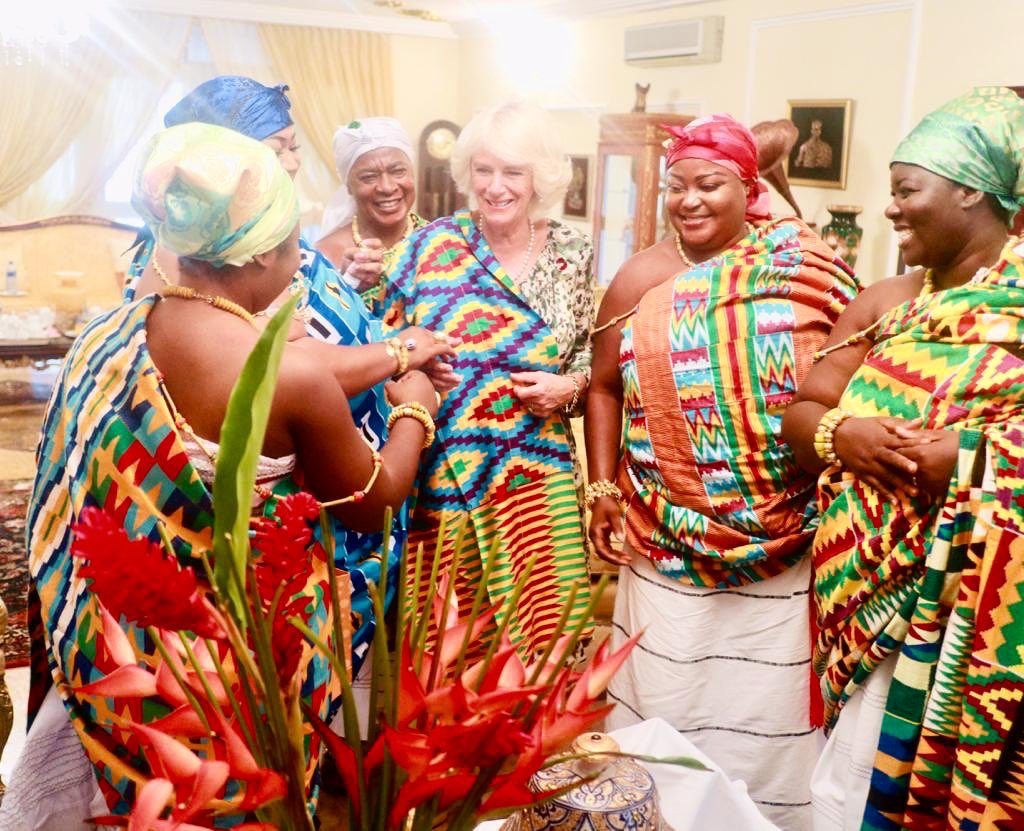 The Duchess is presented with Kente robes at a tea with the King’s spouse Lady Julia. Traditionally only woven by men, Kente cloth is contains a lot of symbolism and the colours have various meanings.[/caption] Others also presented assorted drinks, sheep and other gifts to the Asantehene, who sat in state in splendid Kente to exchange greetings with Prince Charles and his entourage, as well as dignitaries and well-wishers. [caption id="attachment_131968" align="aligncenter" width="1024"] 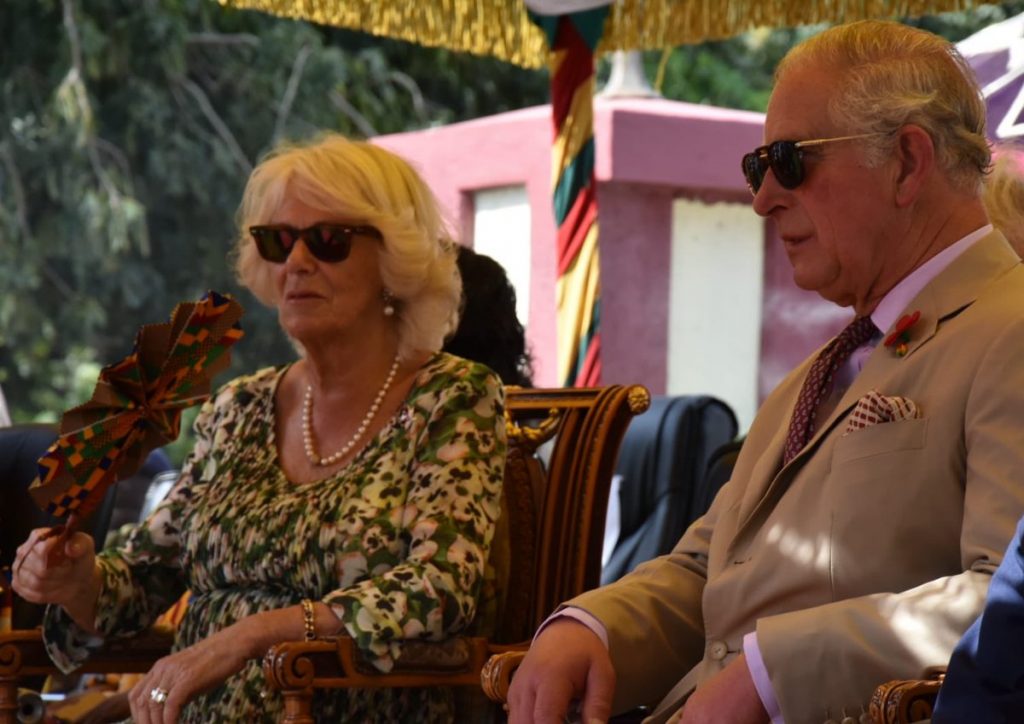 Their Royal Highnesses then attended the Durbar and cultural display.[/caption] The Royal couple were welcomed to the durbar grounds amid drumming and dancing to kete and fontomfrom. [caption id="attachment_131966" align="aligncenter" width="617"] 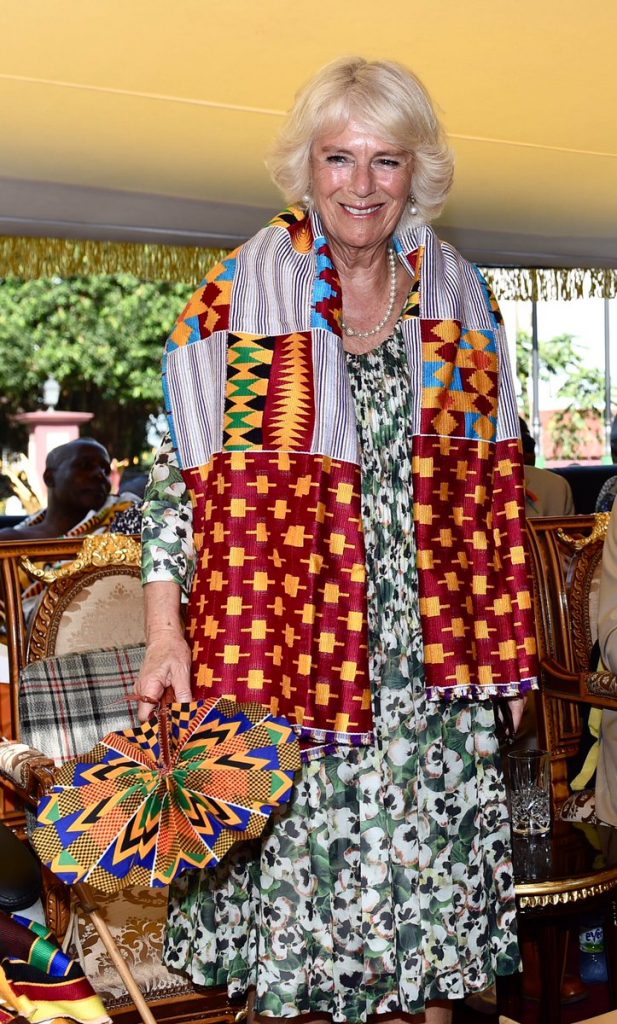 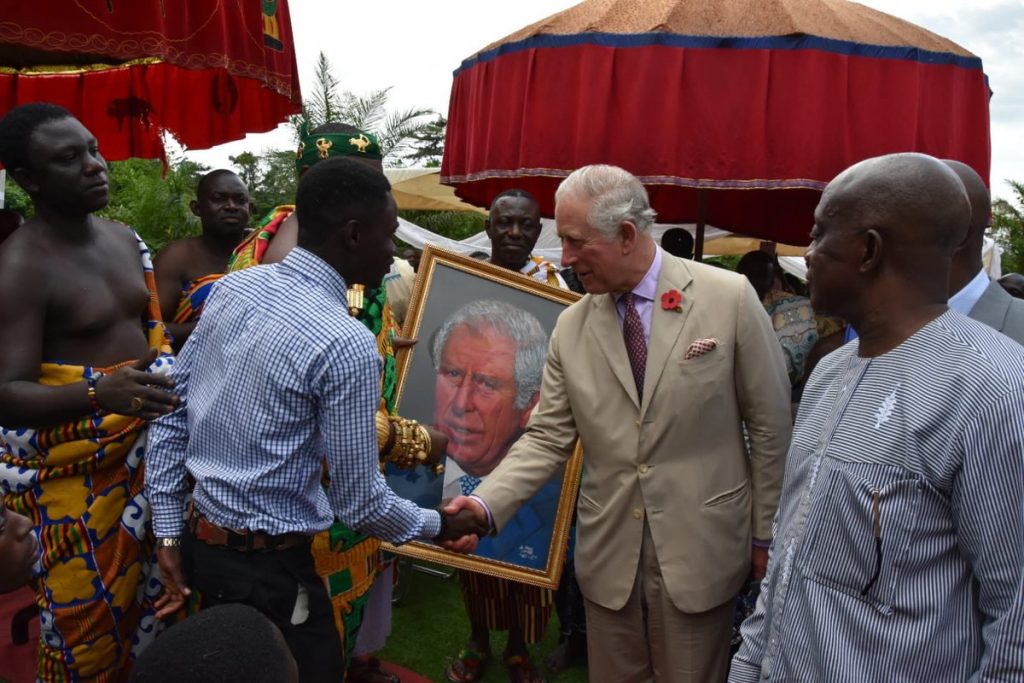 The Prince visited a cocoa farm in the area. First he was introduced to the Chief of Kona, Nana Konadu Yiadom Kumanin IV and was presented with this portrait, painted by a local artist[/caption] Prince Charles, in a brief message, said his visit was a moment to celebrate the warm, enduring relationship and shared ambition for the Commonwealth. [caption id="attachment_131970" align="aligncenter" width="1024"] 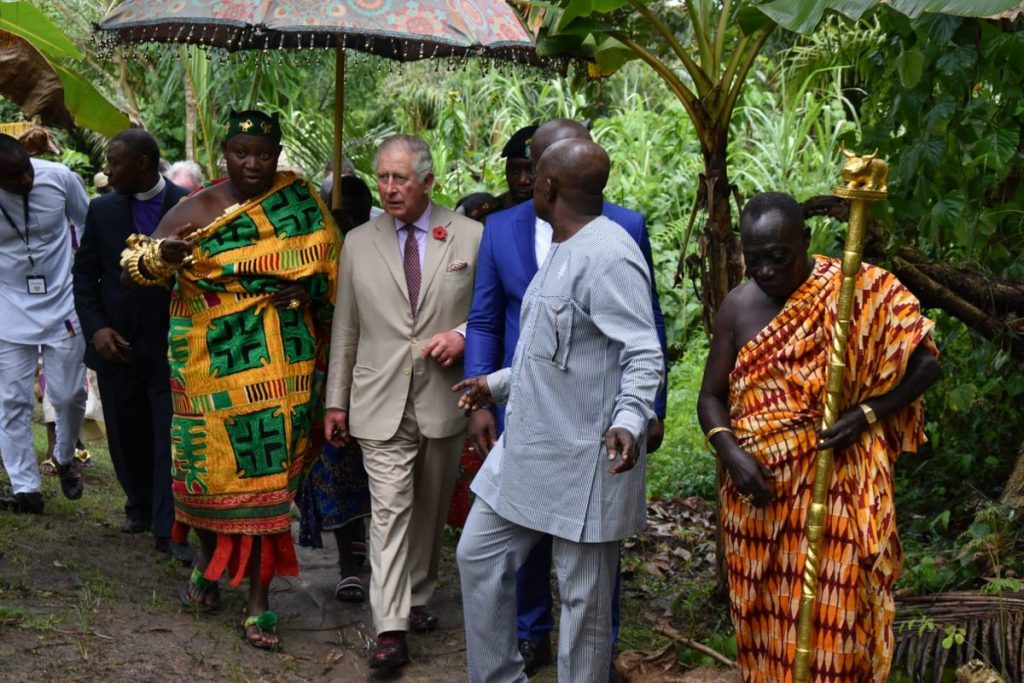 Accompanied by the farm owner, Mr. Agyin Brefo, His Royal Highness takes a tour of the farm to see production and post-production of cocoa.[/caption] He stressed the need for countries under the Commonwealth to continue to maintain closer ties to help advance the cause of humanity. [caption id="attachment_131972" align="aligncenter" width="1024"] The Duchess visited the National Cultural Centre accompanied by Lady Julia.[/caption] Otumfuo Osei Tutu noted that Ghana was currently working assiduously to bring down the high rate of poverty, illiteracy and disease. He encouraged Prince Charles to support the noble cause of making life better for the people.]]>

PHOTOS: Prince Charles gets a taste of art and history in Accra #RoyalVisitGhana