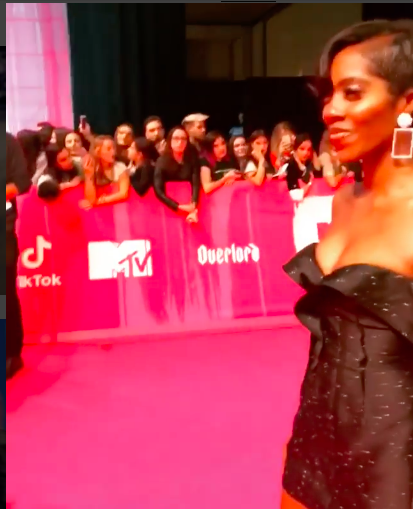 The MTV European Music Awards brings together some of the starriest songbirds in the business, with Bebe Rexha, Little Mix and Nicki Minaj all performing at this year’s soirée, which took place in Bilbao, Spain.

Festivities such as these call for glitzy gowns, souped-up suits and fancy-pants fabrics – and 2018’s EMA attendees did not disappoint. Hailee Steinfeld, who was hosting the ceremony, dazzled in a disco-ready mini dress while the ladies of Little Mix wore a cavalcade of patterns, donning pinstripes, polka dots and everything in between. https://twitter.com/knumutaka/status/1059177447420235783 https://twitter.com/marbussetti/status/1059202136804937728  ]]>
Related Topics:2018 MTV Europe Music AwardsTiwa Savage
Up Next