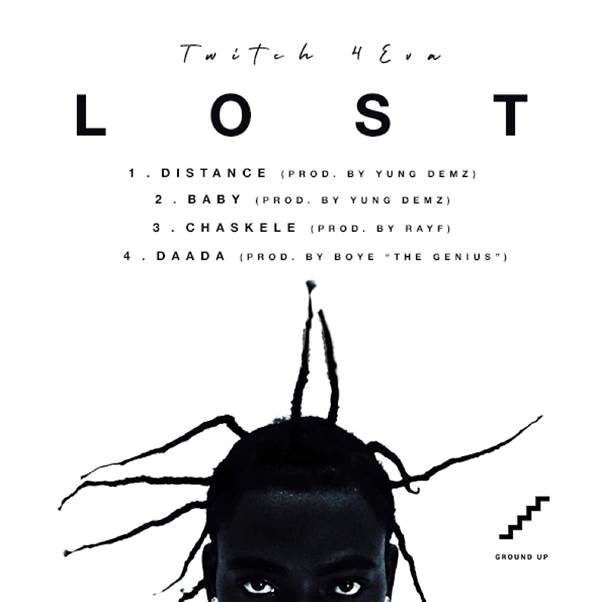 All eyes are on rising African star, Twitch, as he releases his hotly-anticipated debut EP, Lost.

The Ghanaian singer and songwriter mixes elements of Afrobeats, RnB, and Pop to produce a sound he refers to as Coastal Music for his debut offering.

Centered around the theme of “love”, Twitch shares: “It’s been a long time in the making. A lot of effort went into the music in this project. I wrote each song to capture the emotions I feel and hopefully leave a piece of me with every verse.”

Twitch adds: “This EP is about a journey, one about a young boy lost in love! Sing along and walk with me.”

Twitch impresses throughout the punchy, four-track offering released in conjunction with Ground Up Chale. The multiple ingredients that feed him, contribute in turn to his expansive sound. “Daada”, an instant classic, is a love letter to young people; “Chaskele”, a fearless yearning for closure after a failed romance; “Baby” comes face-to-face with the reality of romantic relationships, while “Distance” sets the scene for Twitch to set up shop and run wild.

The release of Lost comes off the back of the globally successful release of “Superman”, which saw Twitch collaborate with Ghanaian heavy weights Kwesi Arthur and KiDi and position him as a rising African artist to watch.

From offering standout performances at filled out concerts and events, to having notable collaborations with the likes of Kwesi Arthur, Amaarae, Kidi and Medikal under his belt, there’s a lot more that the continent and global music community can expect from the 22-year-old that is taking the music industry by storm.

Connect with Twitch on social media to follow his Lost journey and for more music news.