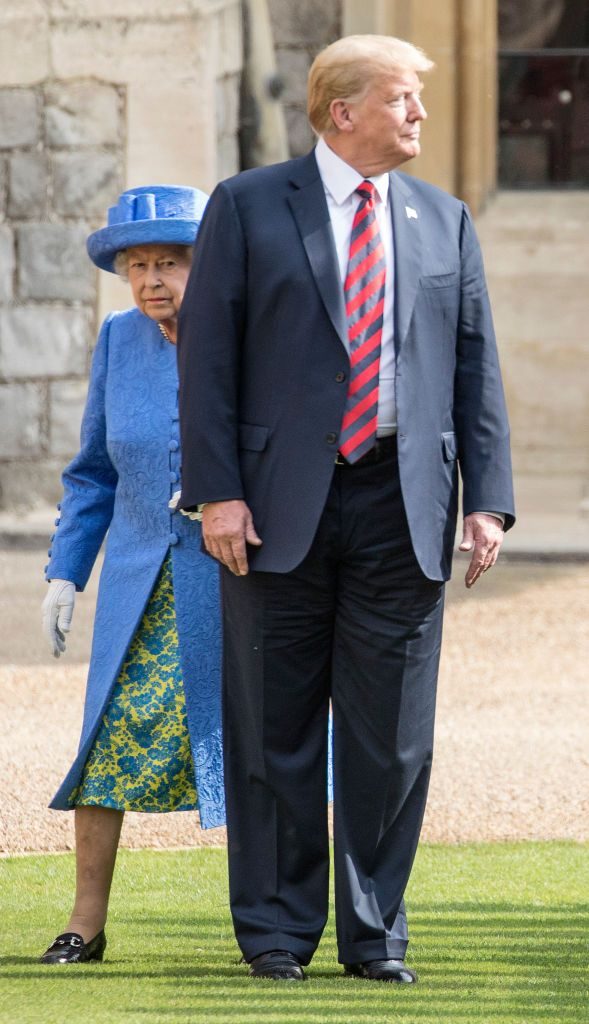 If you were expecting Donald Trump’s meeting with the queen of England to go without incident, then you must be living on Pluto! Well, the American president committed several protocol gaffes that left many feeling that his behavior was an insult to Britain and lacked the respect that should be shown the monarch The president was soundly condemned on social media for walking in front of Queen Elizabeth as they inspected a guard of honor of the Coldstream Guards. The queen was forced to bob and weave as she caught up to walk alongside him. Trump did appear to notice, and in the video below you’ll see that as she catches up with him, she gives the tiniest gesture with her hand, signaling to him to continue walking.

I’m not a monarchist by any stretch of the imagination but this is such an insult to Britain. Absolutely clueless, classless, thoughtless, lacking in any dignity and without a shred of respect. pic.twitter.com/RBFXe4yZ9H

]]>
Related Topics:Donald Trump
Up Next

Will Smith arrives in Russia ahead of Sunday's World Cup finale