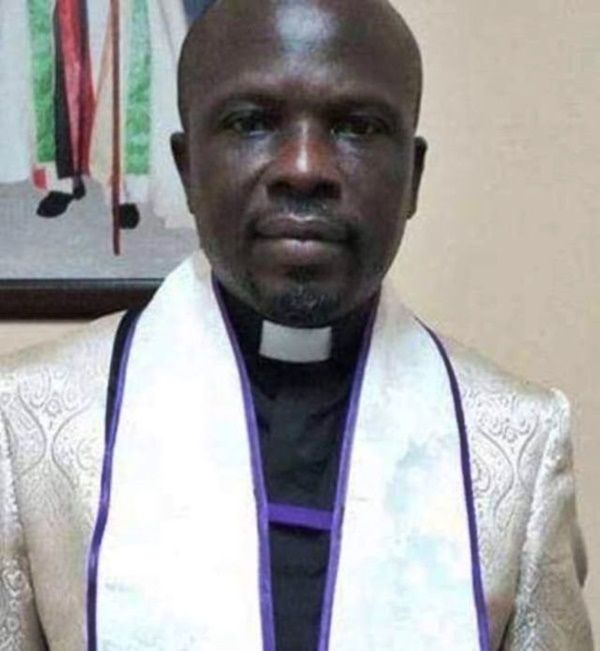 There have been reports in Ghanaian media saying that the founder and leader of King Jesus Evangelistic Ministry International, Evangelist Emmanuel Kwaku Apraku popularly referred to as “Apraku my daughter” had passed on.
Ghanaian radio and TV personality, Amanda Jissih posted a video of Evangelist Apraku doing  a video call to refute the false reports of his death, on Instagram. In the video, the man of God was obviously alarmed by the news.

According to the earlier reports, the Evangelist had been down on his luck in recent times. He is said to have travelled abroad to start new branches of his Church but upon his return, his junior pastors had gone their separate ways, taking his members along with them. The popular preacher thus became poor and lived on the streets, struggling to get food to eat. Coupled with his divorce, the Evangelist took to preaching on the streets and in market places, until he was found by the leader of Glorious Waves Chapel International, Prophet Badu Kobi who rented a new place for him and took care of him.

Evangelist Apraku became very popular in the 90’s and the early 2000’s travelling the length and breadth of the country for his outreaches. His prophecies about President Kuffuor becoming the President of Ghana came true, even though it cost him some physical abuse and persecution.

Related Topics:Apraku My Daughter
Up Next