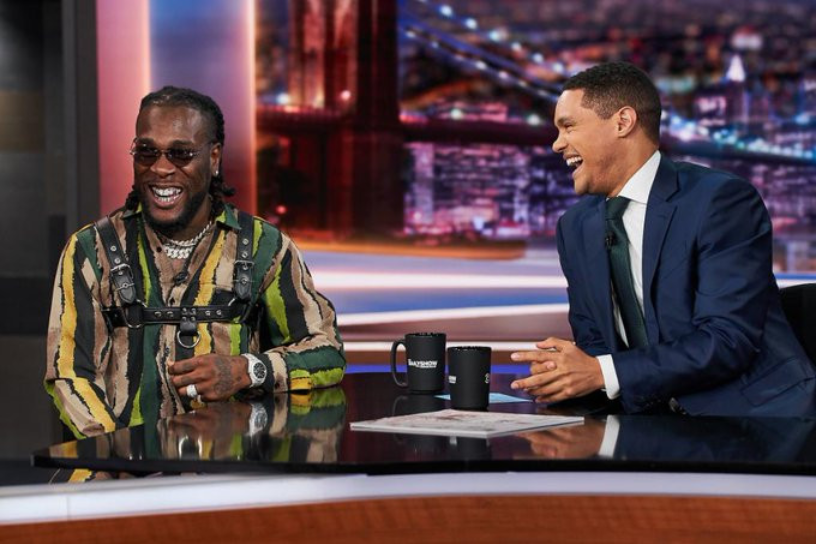 Burna Boy appeared on The Daily Show hosted by Trevor Noah yesterday, he brought an A-game performance and his funny side to the American late night show.

The Nigerian singer who became an internationally recognized artiste with his recent album ‘African Giant’, appeared on the show alongside Mark Sanford, a former US representative and former Governor of South Carolina.

Burna Boy talked about his deal with Spotify to launch ‘Burna Bank’, his Afro-Fusion music, his album and how he met Trevor Noah on the show. He also performed his hit songs ‘Anybody’ and ‘Ye’.

Here are videos of his performance and interview below;

Watch: “I can write better songs for Bullet to give to Wendy Shay” – Kelvyn Boy

Juliet Ibrahim opens up on her divorce, says it made her depressed and miserable