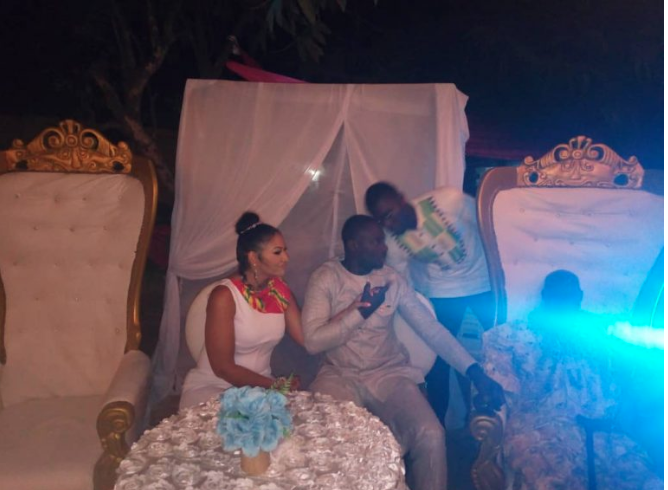 Chris Attoh, has gotten married again after his first marriage with Nigerian actress Damilola fell on the rocks in 2017. The private ceremony took place at North Kaneshie in Accra today (Saturday, October 6, 2018). Investigation proves that Chris’ new wife (identified as Betty) is a Caribbean who is based in the United States of America. https://youtu.be/WRAXx4J3YMI Chris got married in 2015 to Nigerian actress Damilola Adegbite but they got divorced in 2017.The two have a son called Brian. Early this year, Chris said the reason most marriages don’t work is that ‘we’ have forgotten what the fundamentals of marriage are. “When you love someone it is important to be able to forgive, to be able to respect, to be able to submit. As a woman, you need to trust the captain of the ship. It’s really important if you want peace in your home,” he said. However, he noted that he does not regret ever getting married to Nigerian actress Damilola. “I believe that life is too short for regrets and everything happens for a reason. I have a beautiful baby boy. I have a wealth of experience and I have a lot of work to do,” he added. Few days ago, his ex-wife Damilola also granted an interview to the Punch in Nigeria suggesting that Chris is not a real man.]]>

Related Topics:chris attoh
Up Next

Thinking of having plastic surgery in Ghana? Here are some tips to consider