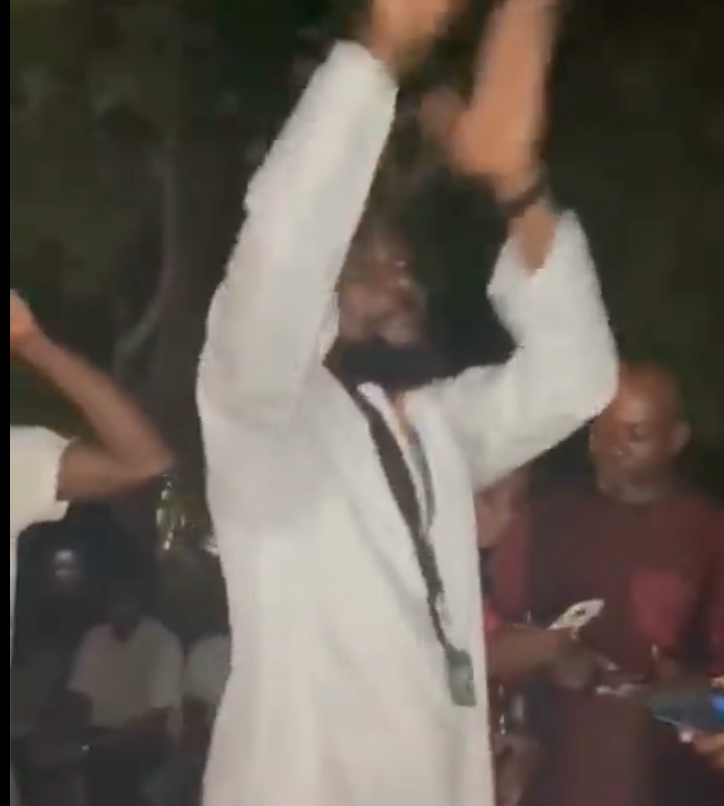 On Wednesday, June, 22, Ghanaian Dancehall act, Emmanuel  Andrews Samini popularly known as Samini came out victorious as the President elect of the Student Representative Council at the Ghana Institute of Management and Public Administration (GIMPA).

The “Time Bomb” hitmaker was elected alongside his running mate Mabel Mensah, as the new head of the GIMPA SRC.

At the close of polls, Samini garnered 307 of the total votes while his opponent, Theophilius Quartey obtained 212 of the votes.

A very happy Samini, who campaigned massively for the position via social media and on the grounds, was captured in excitement after the declaration of the polls.

In the video, he’s seen throwing his famous “Kpo” sign while telling his screaming colleagues “ibi so the school for dey.”

Chris Fonye popularly known as “Hydraulix Fonye” is a Ghanaian producer, sound engineer, songwriter and singer with a vast experience in the Ghanaian entertainment industry. END_OF_DOCUMENT_TOKEN_TO_BE_REPLACED

Although there may be hundreds of afro-beats artists in the country, Highly Spiritual Music signee, Lasmid believes he is unique. END_OF_DOCUMENT_TOKEN_TO_BE_REPLACED

Highly Spiritual Music signee, Lasmid, has stated that he wasn’t expecting his song “Friday night” to reach such great heights within a short time frame. END_OF_DOCUMENT_TOKEN_TO_BE_REPLACED

The 2023 African Cup of Nations, AFCON initially scheduled for Côte d’Ivoire next June will now be held in January and February 2024 due to the concerns over the rainy season in the country. END_OF_DOCUMENT_TOKEN_TO_BE_REPLACED