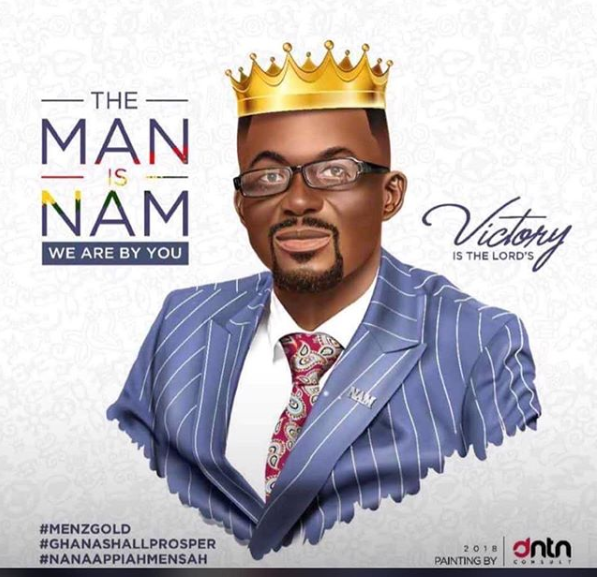 CEO of Menzgold, Nana Appiah Mensah, has been granted bail to the sum of GH¢1billion, by a Circuit Court, possibly one of the biggest in Ghana’s court.

The bail comes with five sureties, three of which are to be justified.

Nana Appiah Mensah who is standing trial for defrauding by false pretense and money laundering, made his second appearance in court Friday since his return from Dubai.

Making the case for bail, his lawyers, led by Kwame Akuffo argued, their client is not a flight risk despite being declared a wanted man by a court in January 2019.

His legal counsel explained the socialite did not abscond but had left the country to Dubai to retrieve $39 million in investments with a company in a gold deal gone bad.

But he was wrongfully arrested in Dubai on December 7, 2018 and arraigned. After spending six months there, he has since been acquitted and discharged by a Dubai court. NAM1 arrived in Ghana July 11 with investigators waiting to arrest him at the airport in Accra.

The lawyers told the court the embattled CEO’s return was on his own terms and could not be considered a flight risk.

The state did not oppose or support the bail, JoyNews reports.

Related Topics:MenzGoldNAM1Nana Appiah Mensah
Up Next

‘Coming to America’ flipped and reversed? Anwar Jamison wraps up shooting of ‘Coming to Africa’ in Ghana

Bose Ogulu has told her son Burna Boy to “tone down the madness” as she celebrated his birthday. END_OF_DOCUMENT_TOKEN_TO_BE_REPLACED

The Hewale Lala (Song Of strength) hit maker Perez Musik gets ready to have his first-ever major concert. END_OF_DOCUMENT_TOKEN_TO_BE_REPLACED

Kofi Sonny, CEO of 610Music, a direct representative for Universal Music Group in Africa, unveiled two of his newly signed artistes to the world over the weekend. The event pulled in dignitaries from all over the globe to witness what many have dubbed “the birth of greatness.” END_OF_DOCUMENT_TOKEN_TO_BE_REPLACED