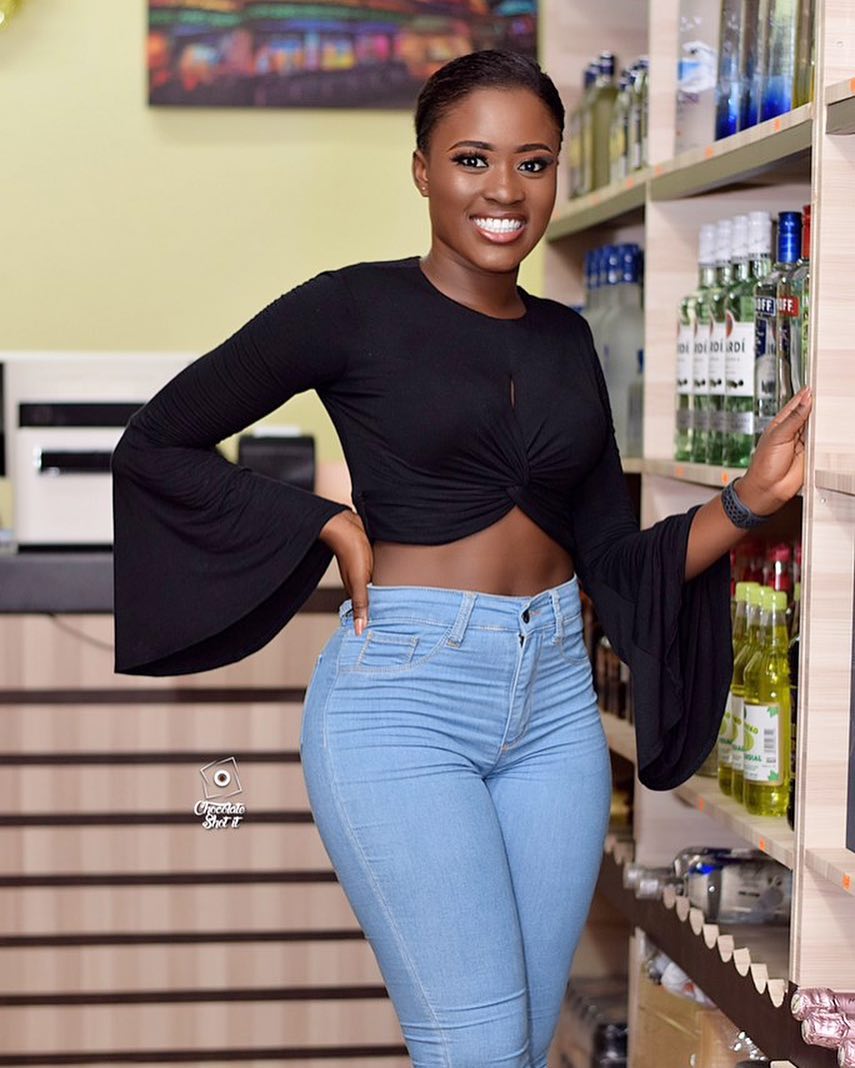 Actress and Entrepreneur, Fella Makafui, has been in the news a lot these past few weeks for quite a number of things, first, her  “sudden” business empire and second, her new found love, Medikal.

Today, however, the young entrepreneur had time for a fan on social media who questioned her source of money after she posted a video on Instagram promoting her “Fella Makafui Clothing Brand”.

The fan who goes by the name @myzz_abynarh_bigils commented:

“I wonder how you got the money for all these cos you’ve not acted a lot of movies and those your colleagues you acted YOLO with and have starred in a lot of movies don’t have that money. We all know the situation with the movie industry and @moeshaboduongexplained to us the ordeal upcoming actresses go through. @marthaankomah recently said most of the times actors and actresses are not paid. I sometimes wonder if YOLO made you get¢100000 cos people who have made a lot of movies don’t even have these kind of businesses.@efia_odo said something in February of which one has come to past that clearly shows that whatever she said about you sleeping around for your money is true. I don’t want to be disappointed bcoz you have been preaching hardwork to us. Take care of yourself and avoid doing things you think it’s not right”.

The actress replied the fan and asked her to stop calculating her life because she has no idea what she has been through.

She wrote, “Stop calculating someone’s life !!! You didn’t know me till Yolo .. You know nothing about me neither my hustle !! When i was selling in kantamanto you were not there with me … Mind your business if you don’t know anything about someone .. social media is social media .. there is real life !! Focus on your self and use this same energy to do something better for your life !! That will help you .. Go to school and focus on your studies!! There’s so much space for us all to fly !! You can also make it !! Clear that mentality that any young one you see successful sleeps around !! I didn’t even have to explain myself to you but i just want you to get this today !!!!! You only know my name !!! ❤️💕🚨”

Well there you have it fans, Fella Makafui has answered all your questions and she hopes you will stop asking about how she came about her business.

“I have taken a break from Church”- Jasmine Baroudi

Ghanaian musician and songwriter Kwame Nsiah-Apau, popularly known as Okyeame Kwame, says he has never cheated on his wife since they married 16 years ago. END_OF_DOCUMENT_TOKEN_TO_BE_REPLACED

TV3 and 3FM’s entertainment journalist and television host, Gloria Akpene Acquah, popularly known as MzGee, has quit her job with the Media General after 2 years. END_OF_DOCUMENT_TOKEN_TO_BE_REPLACED

Lynx Music signee, Kuami Eugene has called out social media users who are usually seen jamming to other nationals’ songs on Tiktok to equally do more videos with Ghanaian songs. END_OF_DOCUMENT_TOKEN_TO_BE_REPLACED