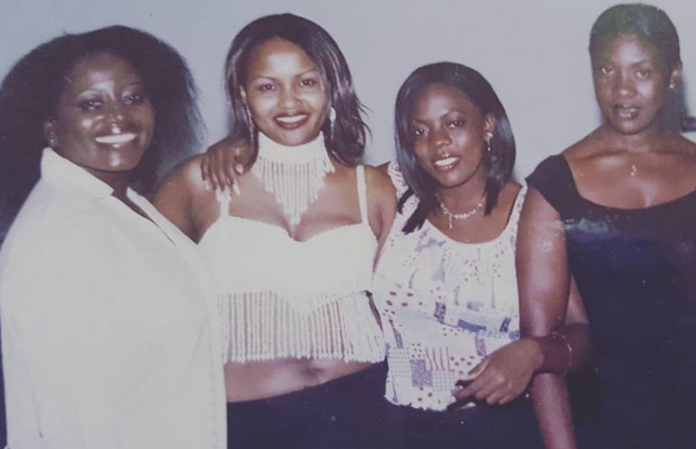 As part of the discussions on celebrity parenting in Ghana on ‘United Showbiz’, Nana Ama McBrown called some parents on phone in addition to her studio guests, John Dumelo, Bulldog and Yvonne Nelson.

It was all fun and jokes when TV personality Nana Ama McBrown was called on the show. McBrown joked by referring to Nana Aba as ‘English Teacher’ and the latter got her turn to mock the host when Nana Aba was asked about how long ago she gave birth to her son. Nana Aba said, “He is 19 years old now. You are not my age mate in this game so call me auntie.”

Nana Aba went ahead to talk about raising her son, who is currently a second-year student in the University.  Describing how parenting has been for her, Nana Aba said, “ It’s been excellent, it’s been wonderful. You cannot have such a story without challenges as well. It wasn’t smooth throughout. When you raise a child you want him to grow up to be better than you, to have the things you didn’t have growing up. Sometimes you have to sacrifice your needs and wants for them. You want to have a sense of pride when people say that is the son of Nana Aba.”

Nana Aba also gave some advice to couples trying to have children, saying that they should be patient…”God’s time is the best”. She also added that it shouldn’t just be about giving birth for the sake of giving birth, “…it is about raising a quality child that would add up to society. “

Lilwin also opened his conversation on the show by saying he had 4 children and not 2 children as suggested in Nana Ama McBrown’s introduction.  He also added

That “if you don’t get a partner who understands the nature of your job as an entertainer, they will get fed up and it would bring confusion into the relationship. Love doesn’t pay bills”.

The actor said although he is not always around for his kids, “… whenever I spend time with the children I make sure they have a good time whenever I am home”

Shatta Wale was also called on the show and he revealed that he has three children, two in Ghana and a five-year-old son called Papa Nii in the UK.  He also talked about playing the role of a responsible father in the lives of his children.