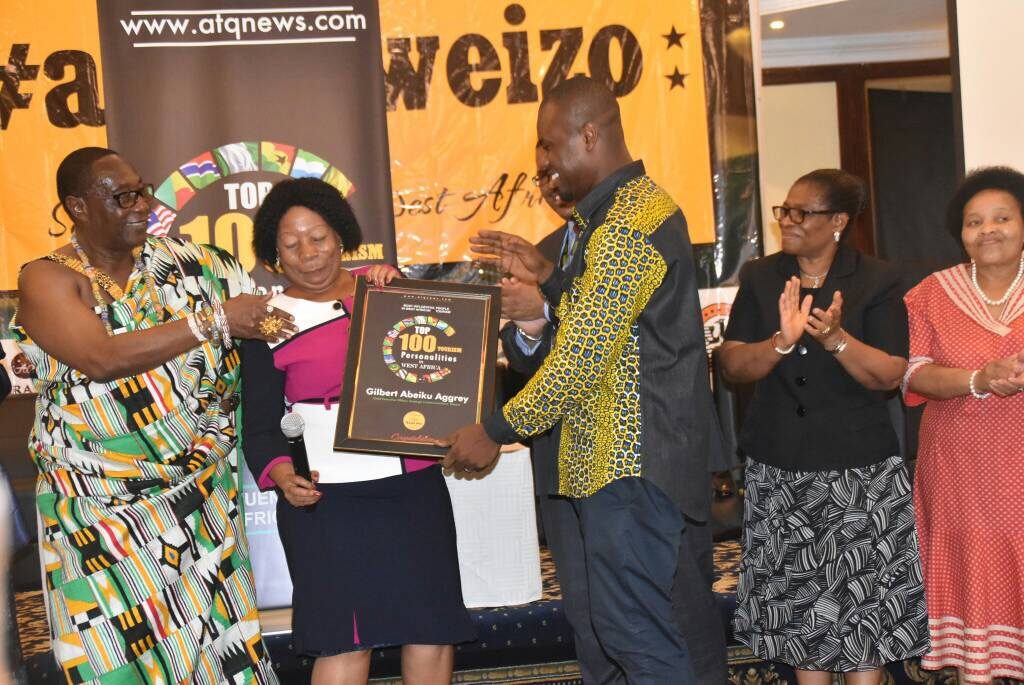 Abeiku Santana inducted in to the International Association of Travel and Tourism Professionals[/caption] Ghana’s foremost Tourism leader and C.E.O of Kaya Tours has just been inducted in to the International Association of Travel and Tourism Professionals. This comes months after he was listed among the Top 100 Travel and Tourism Professional in West Africa by Balafon Awards West Africa Committee of Experts.   His company, Kaya Tours has just been announced the winner of the Africa Top 100 Tour Operators award in the 2018 African Travel Awards scheduled to be held in Nigeria this September with participation from the Top 100 Travel and Tour Operators in the continent.   An excited Abeiku remarked on his Twitter “A rigid mind never grows, a man who wants to be greater than his present must be willing to learn and accept correction. We have joined the world Association of Travel and Tourism Professionals”   Gilbert Abeiku Aggrey Santana, is a celebrated and multiple awards winning Ghanaian broadcast journalist currently with Okay Fm as the station’s Drive Time host.   In 2016, he was announced as a Tourism Ambassador for Ghana. Abeiku Santana is an astute and profound communicator and one of the most celebrated broadcasters in West-Africa.   Kaya Tours is steadily becoming one of the most robust tourism ecosystem players on the continent with a steady growth from Ghana to West Africa and now the World Recognition.    ]]>

Related Topics:Abeiku Santana
Up Next