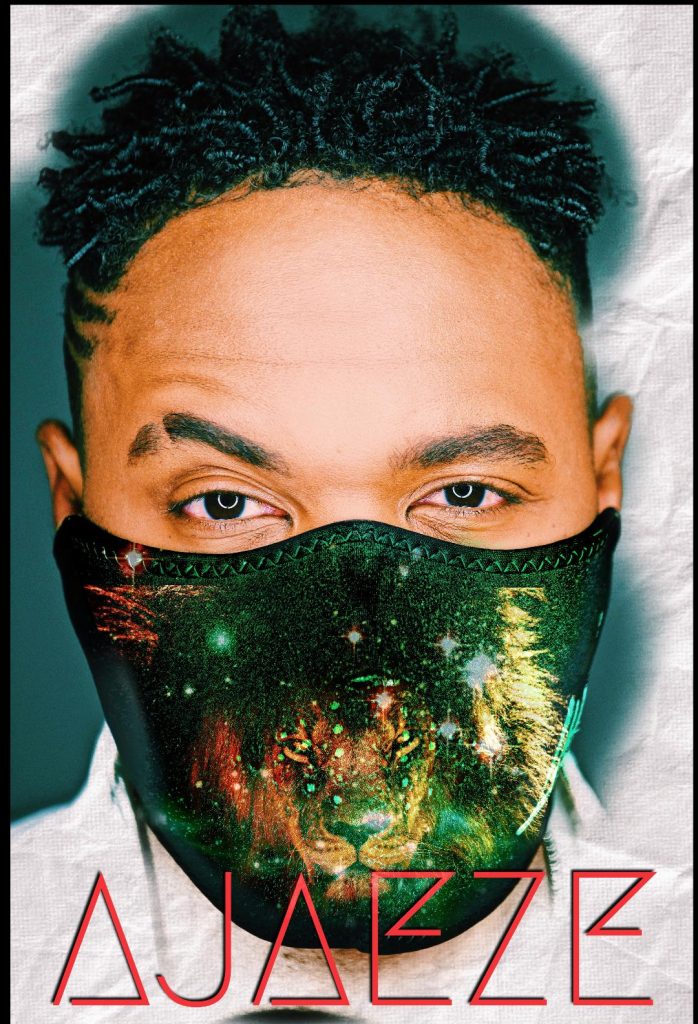 When a creative mind gets boxed into a shell, then it loses the power to be imaginative, but when a creative mind roams outside the box, it reaches beyond limits. This foreword tells the story of the budding International Afropop star Ajaeze (Ah’jez-ay). His silky smooth vocals combined with the artist’s fierce determination is contagious and transmits through his music as he pursues the path that creates his happiness – Creating Music. The love affair with music started as a young kid influenced by the likes of Sunny Bobo, Bob Marley, Fela, Michael Jackson, Prince and James Brown. “Their music gave me emotion, and when you feel emotion it lets you know you are alive”, he declares. The youngster imitated his heroes performing in the shower and imagining accepting Grammy awards in the mirror. He subsequently formed a singing group with his friends in secondary school called Ax’ent. “We did not last but my first few performances broke my stage fright”, he quipped with a wry smile. A man of many experiences who finds expression in his music, he calls his music , world music and the world is bound to feel the mystery packed in his over 6 feet frame and voice. Being exposed to Western and African culture breeds his natural versatility in Afrobeats and American Pop hence his genre is “Afropop”. “Music is art and art is intended to make us feel emotion”, according to Ajaeze and if a vibe doesn’t cause an emotion for him then the creative process stops. His music making process begins with feeling the vibe , the emotion and the creative juices start to flow. His recently released single “Jeje” literally came of out of nowhere. A normal day in the studio, then he gets a message from his personal DJ MixMasterChu informing him that Danny, one of the producers at ISEKOLife Musix LLC (Ajaeze’s record label) has got a record ready. A few clicks later he had the beat playing from his email. “I immediately envisioned myself at a pool party or riding top down cruising the streets on a beautiful day”, he recalls as he began to spit vibes on the rhythm. In about 45 mins , the pieces had come together and the melodious tune “Jeje” was born.

Ajaeze believes Afrobeats is growing vastly globally and it is no coincidence that American artists are hopping on collaborations with Afrobeat stars. The super talented singer is working on a project that will feature super producers like Kenneth “KFam” Fambro (Grammy Award winning Producer) and Matserkraft along with artists like Mayorkun and Danagog to mention a few. His signature mask has got the music world talking about why he wears it, what it means, and what it might signify. The singer himself lifts the lid on the mystery of the mask. “ The mask is an expression of rebellion. A commitment to being undefined, unlimited, and uncontrolled. In short, I felt like a slave to my profession and the company I contracted to in financial services and investment management when I graduated college. I managed people’s life savings in the stock and bond market for 8 years of my life. I did very well and reached complete financial freedom from the revenue streams I built in my practice.You would think that reaching financial freedom is what life is all about right?? Well for me the answer was no. I was so committed to the financial services industry that I lost myself in it. He continues, “One day I looked in the mirror and noticed that I was at least 25 pounds over weight. I had formed dark circles under my eyes from the stress. I had no real personal life outside of work and then going to drink loads of alcohol to ease the stress after long days at the office. And the various activities that defined me as a person I no longer participated in. I had truly lost myself. I wanted to make a change. I began to grow my hair on the top to change up my look. I even began to sport a beard just to try something new. Well the company I contracted my practice to felt I was damaging their personal brand and began to advise me on how I should carry myself in order to represent them properly. The company gave me a final demand to make their suggested changes to my appearance or they terminate the contract. I was angry that after all the years of effort and success I brought to their company name through my own practice it could come to this ultimatum.” This is when the Ajaeze mentality was born. He said “NO” to being managed and marginalized by society and people’s expectations. The crooner walked out of the corporate world and into his passion, where he finds expression and freedom- music. “The mask is a part of going rogue. Being rebellious. Nobody can tell me what to do. I am my own person and I am undefined by anyone’s expectations. Eat your fkn heart out”. he concludes. https://itunes.apple.com/us/album/je-je-feat-ajaeze-single/1380280129 With so much music and talent out there, Ajaeze’s story defines him. The mask is a product of his unique story. The image is a product of the story, edgy with a big heart that fills the art. In his words “My strong suit is creating ballads. I really want the Ajaeze Klan to feel my emotion in the ballads”. Ajaeze’s single “Je Je” with his personal DJ MixMasterChu is now available on all digital platforms. It is silky smooth and gaining popularity quickly in the United States! Also, Ajaeze is set to drop a Choreography short film in a couple of days featuring his message to the world “1Life” (as in you only get one life to live.) which features some amazing dance moves showcasing his edge and personality. Fiercely, determined and focused, Ajaeze is on the verge of conquering the world with music and the revolution will be televised. Sign up as a witness to greatness, hit the play button and enjoy your initiation to the Ajaeze Klan ( Ajaeze Supporters). …And as Ajaeze would say: “EAT YOUR FKN HEART OUT”. Listen on iTunes https://youtu.be/50FX9oE4544]]>