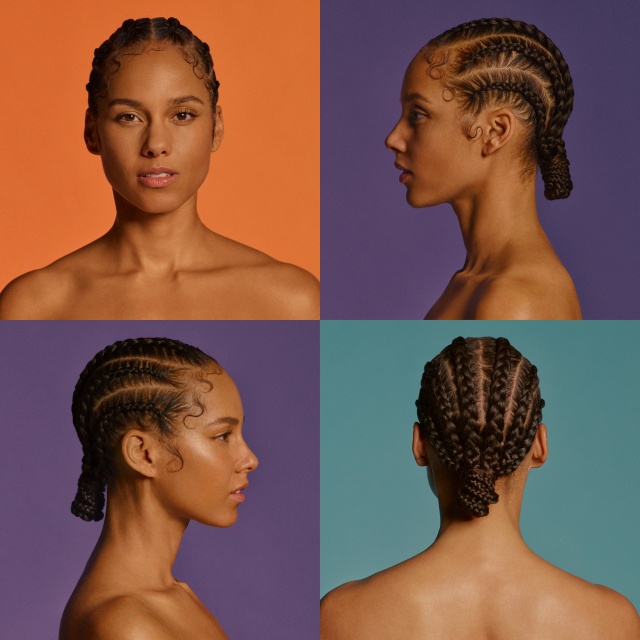 Today global music icon and 15-time GRAMMY Award winner Alicia Keys announcedALICIA – THE WORLD TOUR, her highly anticipated return to the stage. Keys will bring her repertoire of worldwide hits to iconic venues across North America and Europe, including a stop at the legendary Radio City Music Hall in Key’s hometown of New York City. The celebrated singer/songwriter/producer will visit major cities on both continents including London, Paris, Berlin, Atlanta, Toronto, Chicago, San Francisco, Los Angeles, and more on the tour produced by Live Nation.

The tour announcement comes fresh off Keys’ exciting news to fans last night that her forthcoming seventh studio album ALICIA is set to be released worldwide on March 20, via RCA Records. Keys also gave fans a first-look at the album’s stunning artwork. Pre-sale for the album is set for Friday, January 24, in celebration of Alicia’s birthday on January 25.

Keys released the anthemic “Underdog,” the album’s new single, earlier this month to critical acclaim (“A be-jewelled slice of pop-soul with a gently euphoric feel” – Clash).  The track became the most added song at US top 40 radio upon its release. Previously released singles include “Time Machine” and “Show Me Love,” which earned Keys a record-extending 11th number 1 on the Billboard Adult R&B Songs airplay chart.

In addition to new music, Keys will be bringing her classics – from “No One” to “If I Ain’t Got You” to “Girl on Fire” – to life in a special multi-media, artistic experience on the ALICIA – THE WORLD TOUR stage each night. A meditation on love and life, the show will be a true celebration, filled with the magnetic energy that only live music can create.

Keys will be returning to host the Grammy Awards on Sunday, January 26th, airing on CBS.  She will release her book More Myself on March 31, via Flatiron Publishing.

Amber Heard’s legal teams filed an official motion in court on Friday that the verdict in her blockbuster case against Johnny Depp is thrown out. END_OF_DOCUMENT_TOKEN_TO_BE_REPLACED

US clergyman, Creflo Dollar, has denounced his position on tithing. For many years, Creflo had preached on the importance of Tithing and had informed his congregation that failing to tithe opens the door for devourers to come in and destroy a person’s life. END_OF_DOCUMENT_TOKEN_TO_BE_REPLACED

David Beckham and Victoria Beckham have taken to Instagram to profess their love for each other on their 23rd wedding anniversary. END_OF_DOCUMENT_TOKEN_TO_BE_REPLACED

Chris Brown has said the public is only interested in negative news about him but go silent when he drops an album. END_OF_DOCUMENT_TOKEN_TO_BE_REPLACED

Congratulations are in order for singer Jhené Aiko and rapper Big Sean as they are reportedly expecting their first child together. END_OF_DOCUMENT_TOKEN_TO_BE_REPLACED

Videos have emerged of the moment a Russian ice hockey star who signed a million-dollar contract with an American team was rounded up by Russian policemen and taken to an army enlistment office before he is sent to fight in the war in Ukraine. END_OF_DOCUMENT_TOKEN_TO_BE_REPLACED