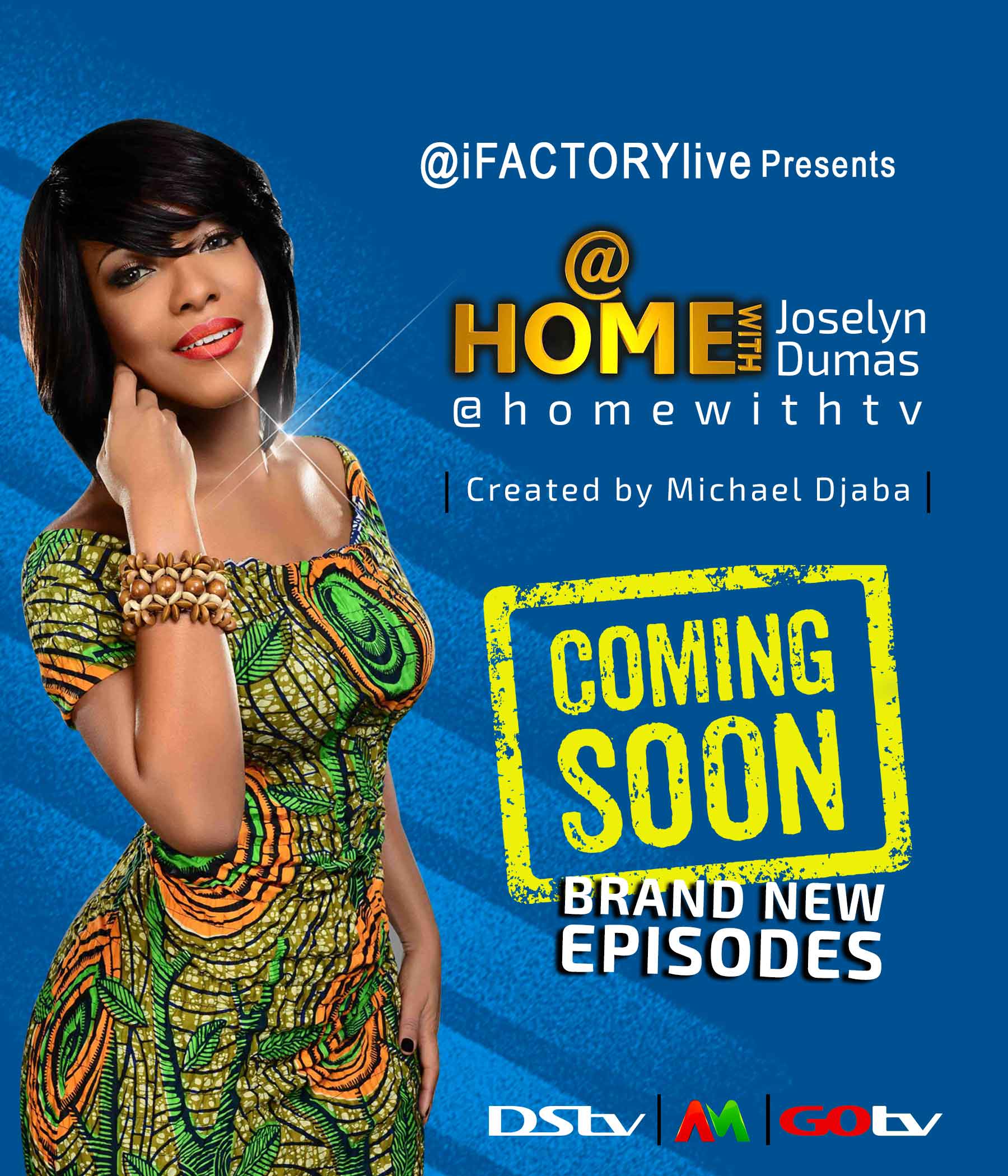 Monday 6th July on DSTV CH 151 at 9:30am. It will air as a double bill Mondays,Wednesdays and Fridays as a morning show.
Ifactorylive’s hit talk show @ Home with Joselyn Dumas. Created by Harvard grad and multihypenate Michael Djaba, returns to Africa Magic Showcase with a twenty four episode run.

Filmed in Atlanta the 13th season features an array of guests:- award winning singer Syleena Johnson,Trina Braxton from Braxton Family Values,Quad from Married to Medicine, and those Living & Celebrating the African Dream! Like Sam Adegokefrom CW’s Dynasty, American-born Nigerian Queen Sylvia Akuchie a Film and Television Costume Designer whose credits include the Box office hit Equalizer 2 and was a designated costume designer for movies made by Hollywood mogul, Tyler Perry. Her resume includes films like ‘Single Moms Club’, ‘House of Payne’, ‘Gone Girl’, ‘Good Deeds’, ‘Why did I get Married’, and more.

Executive producer Michael Djaba said “I feel blessed to have been able to independently finance & produce over 150 episodes of @ home with. Africa Magic is the best home in the continent on DSTV to premiere the new seasons to millions of viewers”

Over the seasons the show has been distributed by ifactorylive to over 50 countries including the carribean territory.
Michael Djaba went on to say “from inception in Africa as a company we have always been focused on giving a global platform to diverse, ambitious and strong African women –Joselyn Dumas fits perfectly into that description”
The format along with Joselyn Dumas’s interview style brings out the best in her guests as they chat, cook and chillax whilst telling us about their connection to the continent, releasing tidbits of information that we never knew.
The new season is produced by award-winning Pan African company, IfactoryLive Africa and supported by Joselyn’ Dumas’s Virgo Sun Productions,along with skincare companySkynergyMD.
Follow @homewithtv on all social media platforms for exclusive content from the show
Related Topics:
Up Next

BBNaija Season 5 Housemates In Isolation Ahead of Live Show