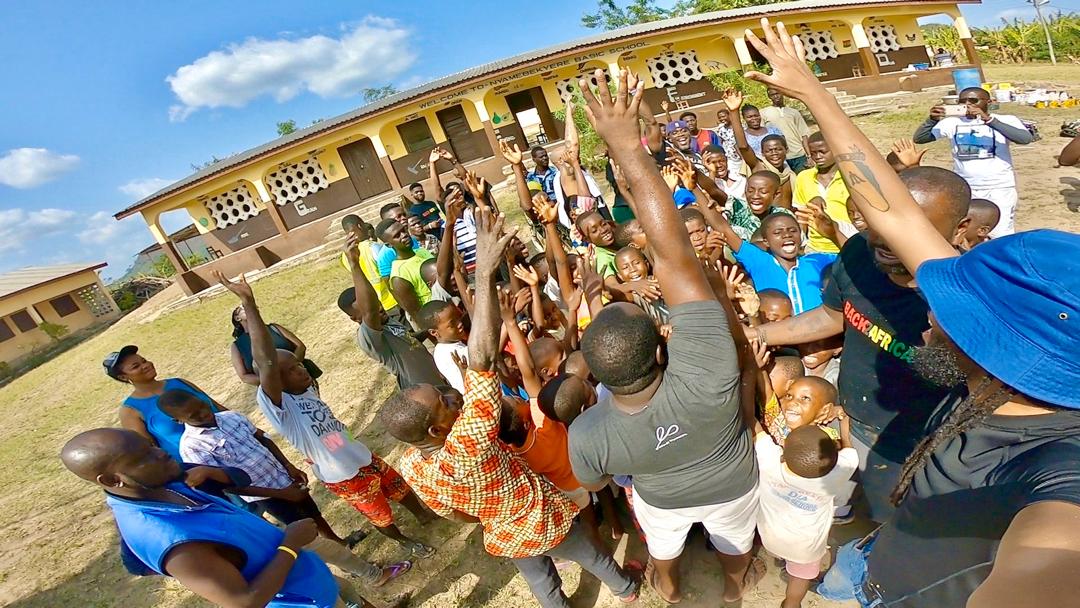 The 3rd Annual Back2Africa Festival & Tour, organised by The Adinkra Group, an African Cultural Edutainment Resource and Consulting company, took place in regions throughout Ghana over the first weekend in March and featured entertainment events, roundtable discussions and a day of service at the Nyame Bekyre School in Akuapem, Eastern Region.

Performers and visitors from the US including DJ Alizay (DC), DJ Bimshire (Barbados), Kweku Sumbry (DC)  visited Accra, Cape Coast and Elmina in the Central Region, Nzulezu and Takoradi in the Western Region, Koforidua and Akosombo in the Eastern Region for Black History Month and Ghana’s Independence celebrations. The Back2Africa Festival and Tour is held yearly to bridge the gap between continental Africans and African diaspora audiences through artistic collaborative performances, discussions and African heritage tours.

The festival was launched on the 5th of March with Dancehall Thursday, a traditional Caribbean styled dancehall party at  BBnZ Live which was followed by Samples, Originals And Remixes (SOAR) music event on the 6th of March to climax Ghana’s Independence Day Celebrations. Both events featured world-renowned DJ Alizay from Washington, DC and DJ Bimshire from Barbados along with DJ Manni from Ghana/London.

A series of dialogues with Ghanaian and African diasporan entrepreneurs and thought leaders called The Roundtable Discussion was held on the 7th March. Panelists including C.E.O. of Appiah Group Enterprises, Jennifer Appiah, renowned Ghanaian Fashion Designer, Mimmy Yeboah, Founder of WaxPrint Festival, Amma Aboagye and  Social Activist, Laree Thomas led provocative conversations and challenged ideas around Pan Africanism and individual responsibility Beyond the Return which was followed by a special performance by No Bad Songs, a Ghanaian based band. A highlight of the festival was  Sunday Service, a charity project at the Nyame Bekyre School in Akuapem, Eastern Region where volunteers joined the community to renovate and revamp the local school.

“We are pleased that the third edition was a success with so many joining us to support such a worthy cause. The Adinkra Group is looking forward to more projects this year as well as Back2Africa 2021 and we remain committed to our work in Ghana connecting the diaspora through tourism, arts, education, business and investment,” shared Diallo Sumbry, Founder of The Adinkra Group, a founding member of the Year of Return Steering Committee and Ghana’s first African American Tourism Ambassador.

Since its inception in 2018, the Back2Africa Festival and Tour has reconnected hundreds of African Americans and African diasporans to the culture and traditions of Africa through its specially curated birthright journey and activities.

Related Topics:Back2Africa Festival
Up Next

I used Juju to charm her and she gave me GHC 50,000 reveals ‘Ali Baddest’ a street boy