Banky W’s campaign posters destroyed in Lagos; Adesua Etomi reacts[/caption] Nigerian singer and actor Banky W who is running for the position of House of Representatives in the upcoming general election in Nigeria had his campaign posters destroyed by some unknown persons in Lagos and the singer complained about this. The ‘Kololo’ hitmaker took to his Instagram page on to lament the defacing and tearing off of his campaign posters in the Ikoyi area of Lagos State. Wellington, who is running for Eti Osa federal constituency on the platform of Modern Democratic Party, lamented that it cost him a lot of money to print and paste the posters. https://www.instagram.com/p/BrnPXqznhdR/?utm_source=ig_web_copy_link Consoling him, his wife Adesua Etomi took to the comments section to encourage her husband “ignore the distraction”. See below. [caption id="attachment_137616" align="alignnone" width="720"] 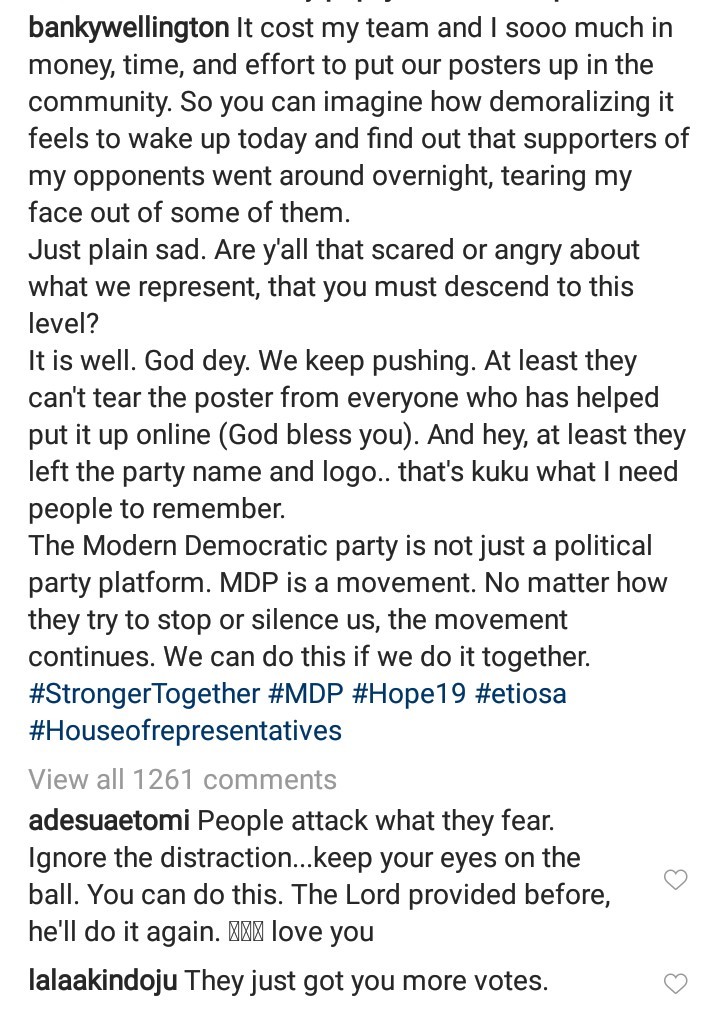 "Beef" is over: Sarkodie and Manifest shake it out in Multimedia Car Park

‘God will deal with you if Lumba Jr. dies’ – Criss Waddle attacks Obour