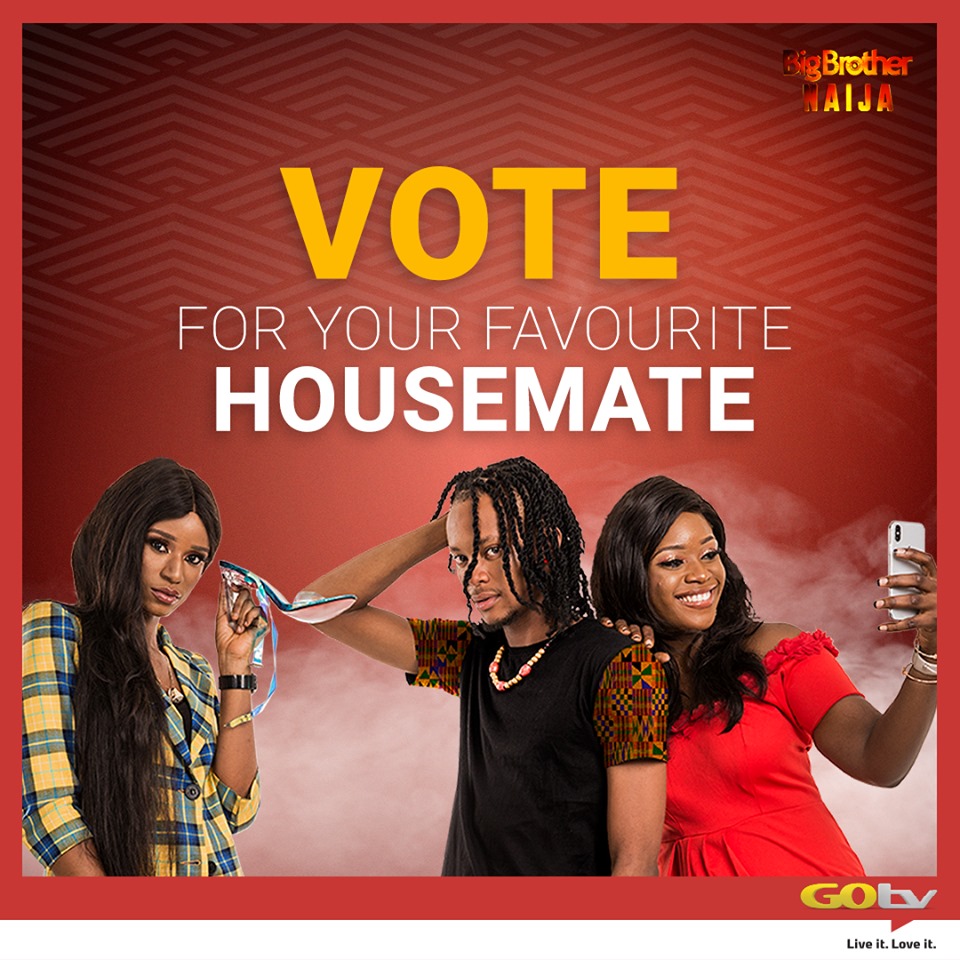 Following the surprise double eviction of Avala and Isilomo last Sunday, the housemates in Big Brother Naija ‘Pepper Dem’ have taken part in their first live Monday Nomination Show which has resulted in Tacha, Ella, Kim Oprah, Mercy and Sir Dee going up for possible eviction next week Sunday.

The Nomination Show on Monday night was marked by suspense and tension as the housemates individually made their way to the diary room to nominate two housemates each for possible eviction. At the end of the process, Tacha topped the nomination list with a total of eight votes with Ella coming next with six votes. Frodd received four votes whilst the duo of Kim Oprah and Sir Dee each had two votes.

After the reveal, Biggie called on the housemate with the veto power to save and replace a nominated housemate with another. Ironically, that housemate happened to be Frodd, a fellow nominee! He makes use of the 20 seconds provided by Biggie to save himself and made a surprise replacement with Mercy. Mercy automatically becomes nominated for possible eviction alongside Tacha, Ella, Kim Oprah and Sir Dee come Sunday, July 14.

As expected, the first Nomination Show has generated significant chatter on social media with fans already canvassing support for their favourite housemate to stay in the house.

Voting on Big Brother Naija season 4 is officially open! Fans can now vote for their favorite housemate to stay in the Big Brother Naija house can also VOTE FOR FREE on the website and mobile site – africamagic.tv/bigbrother.