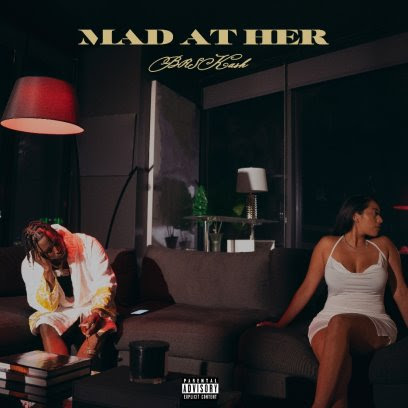 RIAA-certified Atlanta rapper/singer BRS Kash shares a new track “Mad At Her” – listen HERE. “Mad At Her” follows Kash’s recently released tracks “Spend It,” “I’m Hot” and  “Oh No,” which was originally featured in the trailer for Madden 22.

Rapping since the age of 12, BRS Kash draws inspiration from Southern legends like Juvenile and Big Boi, blending the gangsta drawl of the region’s greats with the charming sensuality of a modern R&B star. As Kash’s career has taken off, the melodically blessed Atlanta rapper has strutted into the spotlight with confidence—a sense that his star is rising and you can either jump on or fall off.

His voice is silky-toned, his bars are always diamond-sharp, and he’s hellbent on proving his versatility as a songwriter. Regardless of what topics he touches, BRS Kash does it with a natural ear for hooks and remarkable ease. With each song, he earns that assured swagger, but there’s also something else at work. The man makes moves like he’s fulfilling his destiny.

To be sure, rap is in Kash’s blood. Many Atlanta MC’s began freestyling on street corners long before they hit a studio, but few can claim to have been nourished on beats, rhymes, and the creative process while in the womb. His mother once rapped in the girl group Leather & Lace and his motivation is familial too. Kash’s father was incarcerated when he was just 6 years old, and their relationship informs the style and substance of his music.

“As a kid I would do everything with him,” the rapper recalls. “For him to just up and leave was traumatizing.” The young Kash vowed to stay away from the streets despite knowing that so many of his local heroes got by on sidewalk hustles before they were famous. Ultimately, though, he found solace, catharsis, and—as “Throat Baby” proves—joy in music. “Music is a way for me to express myself,” he says. “It’s a way for me to vent. It’s a way for me to talk.” And, now, others are listening.

Related Topics:BRS Kash
Up Next

Remember the name….Michael Star. The rising reggae artist, known for his sultry smooth vocals, continues to captivate audiences with his innate musical gift. On the heels of his widely successful single, “Tun Up,” Michael Star is back with the release of his highly anticipated second single, “7 o’clock” featuring reggae icon, Bounty Killer. END_OF_DOCUMENT_TOKEN_TO_BE_REPLACED

Fast Rising Kumasi based Artiste, Kobby Carter has once again hit Ghanaians with another banger dubbed ‘Money’ which promises to be a timeless banger. END_OF_DOCUMENT_TOKEN_TO_BE_REPLACED

Following the success of 2021’s ‘Moye’, dESH.DUBS has released yet another single off his forthcoming album today. Titled ‘DUBSTAR’, the new song is a combative Drill song with Afro-Reggae stylings to it, accompanied by calming guitar melodies, heavy basslines, and war-like lyrics which were seemingly inspired by the Drill music scene in Africa and the UK. END_OF_DOCUMENT_TOKEN_TO_BE_REPLACED

Today, internationally acclaimed, multiple-award winning British musician YUNGBLUD has released his latest single titled ‘The Emperor,’ out everywhere today. This triumphant and fierce new track comes with news that it is has been selected as the official 2022 anthem for ESPN’s College Football Season. END_OF_DOCUMENT_TOKEN_TO_BE_REPLACED