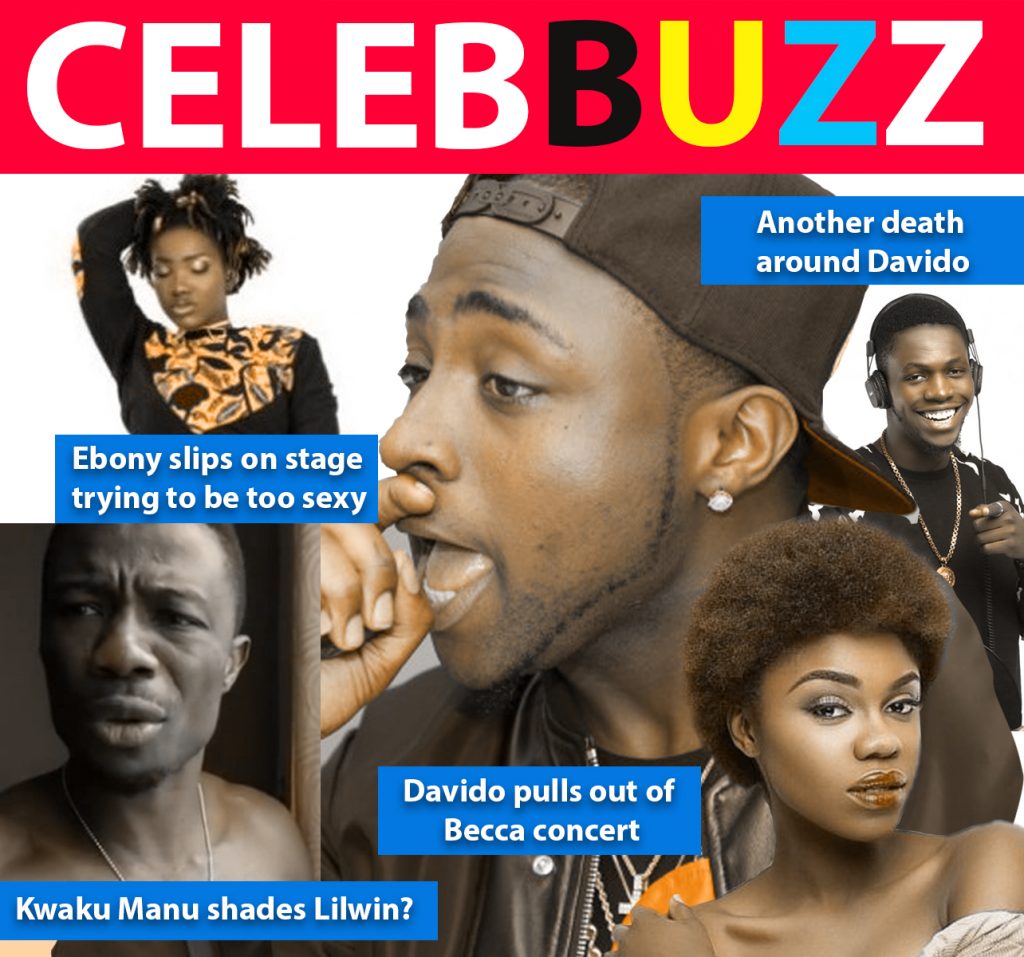 Davido pulls out of Becca concert

Davido has taken off Ghana from the list of countries for his 30 Billion Africa Tour Read . He was supposed to make his appearance as part of Becca’s 10th year anniversary concert on October 21 at the National Theatre in Accra.

Another death around Davido

DJ Olu, the son of Wealthy Nigerian businessman Dapo Abiodun was found dead in his car with another friend. He was a friend of Davido and also seen as the official DJ for Davido’s HKN clan.

Ebony slips on stage trying to be too sexy

Dancehall singer, Ebony had a momentary slip in concentration and fell while performing at the ‘Odadee Torch and Bonfire Night’ at PRESEC, Legon.

Kumawood actor continues with dropping hints that suggest that he has a beef with colleague actor  Lilwin.

https://ameyawdebrah.com/life-good-kwaku-manu-flies-family-usa-wifes-birthday/]]>
Related Topics:featured
Up Next