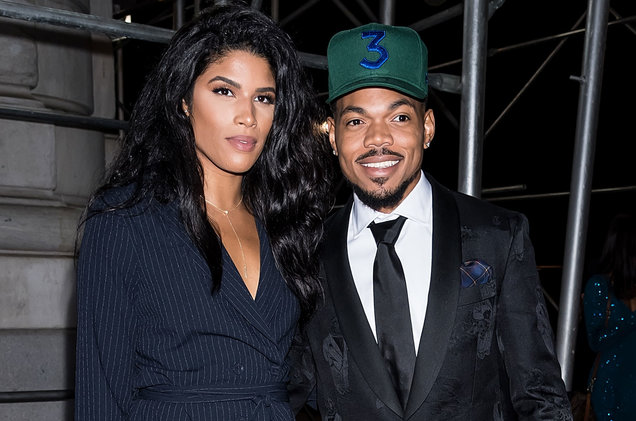 Hip hop star Chance the Rapper and his wife Kirsten Bennett have welcomed their second child.

The baby girl, Marli was born on Friday (Sept. 6), Kirsten took to Instagram to share the exciting news with her followers.

“Our sweet baby girl, Marli, is here,” she wrote alongside a photo of her newborn daughter wearing a onesie that reads, “I am who he says I am.”

This marks the second child for Chance and Kirsten, who are also parents to 3-year-old daughter Kensli. The couple wed in a civil ceremony in Chicago in December and celebrated with friends and family during a beachside wedding in Newport Beach, Calif. in March.

Just days after tying the knot, Chance announced that he and his wife were expecting their second child. “We pregnant again,” he wrote, adding, “Its a girl. JESUS CHRIST. WE LOVE YOU GOD.”

Chance’s debut album The Big Day, which was released in July, was inspired by his marriage. “The album is only possible ’cause I got my wife and she inspired a lot of stuff since after my first mixtape,” he told Nicki Minaj during an episode of Queen Radio.