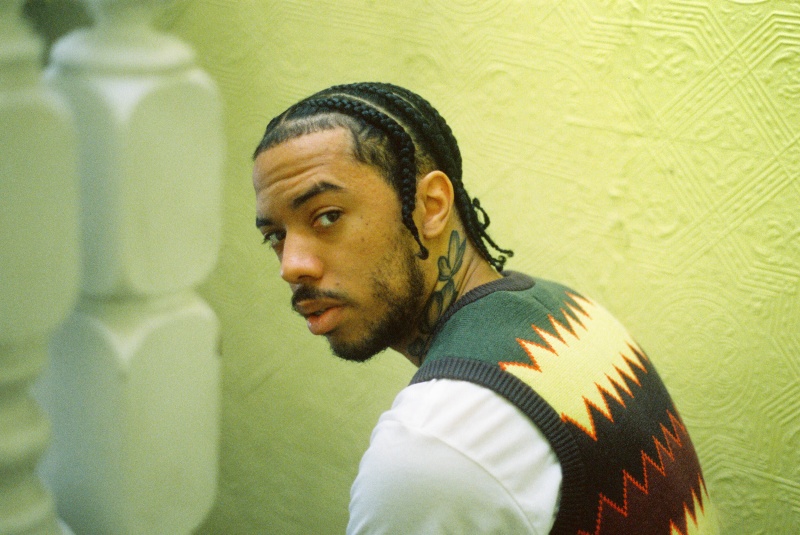 North Dakota-born and Georgia-raised singer, artist, and visionary ELHAE approaches R&B like a film director would, choosing every element carefully, ensuring an intricate level of cohesion, and building his own world. Since catching fire in 2015 on the independent Aura EP, he worked towards eventually architecting such a world.

The follow-up All Have Fallen yielded fan favorites such as “Doesn’t Matter” [feat Kehlani] and “Needs,” which clocked 20 million-plus Spotify streams. In between, he garnered glowing praise from the likes of The Fader, Billboard, Vibe, The Source, and more as Sprite named him among its P.O.U.R. (Purveyors of Urban Reality) program.

The 2017 sequel to Aura — the Aura II EP — boasted “Drama,” “Something,” and the popular “Bang Your Line” [feat. Ty Dolla $ign]. The latter ignited 24 million Spotify streams and counting. Meanwhile, he lent his voice to high-profile collaborations with Lecrae, Eric Bellinger, and many others in addition to supporting blackbear on tour.

2018 saw him grace the stage of Coachella for the first time in front of 40,000 fans as he diligently worked on new tunes in Los Angeles, Miami, and Atlanta. Inspired by childhood favorite albums such as Kid Cudi’s Man on the Moon: The End of Day, Childish Gambino’s Because the Internet, and Kendrick Lamar’s Good Kid, M.A.A.D. City, he developed an airtight vision with a detailed plotline for his next release. In 2019, the vision unfolds over the course of his twelve-track conceptual project, Trouble In Paradise [Atlantic Records], introduced by the intoxicating first single “Hennessy.” His sound is about to blow up on the biggest canvas possible now.

19-year-old Florida rapper Smokingskul has just shared his new single and video “Nina”. Smokingskul is at the helm of a new era of plugg music known as “dark plugg”which substitutes the ethereal sounds of “plugg” with more tonal melodies that are accentuated by distorted percussion, producing a grimey, DIY sound. END_OF_DOCUMENT_TOKEN_TO_BE_REPLACED

Drake officially has more slaps than The Beatles. END_OF_DOCUMENT_TOKEN_TO_BE_REPLACED

Swizz Beatz and Timbaland have filed a lawsuit against Triller, claiming the company still owes them $28 million for the sale of their Verzuz series. END_OF_DOCUMENT_TOKEN_TO_BE_REPLACED

Two well-known Italian ‘trappers’, a type of rap music, have been arrested for a suspected racially motivated attack on a Nigerian factory worker near Monza in Rome. END_OF_DOCUMENT_TOKEN_TO_BE_REPLACED