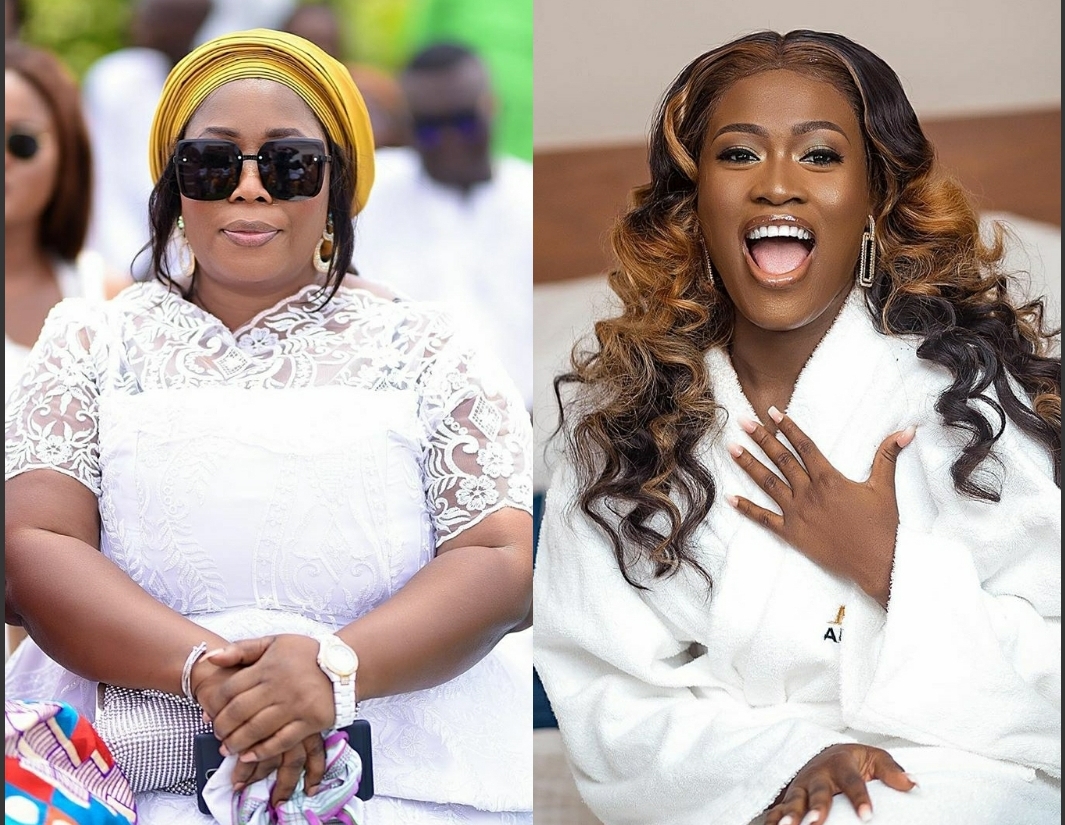 Over the weekend, news of Fella Makafui now Mrs Precious Frimpong collapsing at her engagement ceremony generated a lot of controversy on social media after she revealed it was a prank on her husband.

However, Medikal’s mom, Mrs Portia Lamptey has revealed in an interview on 3FM’s Showbuzz show that her daughter-in-law collapsed from hunger and suffocation, implying that Fella lied when she said she staged her collapse.

According to her, there were a lot of bodies around the newly engaged couple [Medikal and Fella Makafui] when they took centre stage to have their first dance, causing lots of discomfort and people feeling suffocated.
Medikal’s mom reiterated her support for the new couple and urged the public to wish them well as they’ve begun a new journey.

Controversies surrounding #Medifella2020 doesn’t seem to end soon as the soldiers who acted as escorts at the traditional wedding ceremony in their uniforms have been arrested and pending investigations.

Related Topics:#medifella2020Fella Makafui Medikal
Up Next

Did S3fa just confirm her relationship with Bisa Kdei?