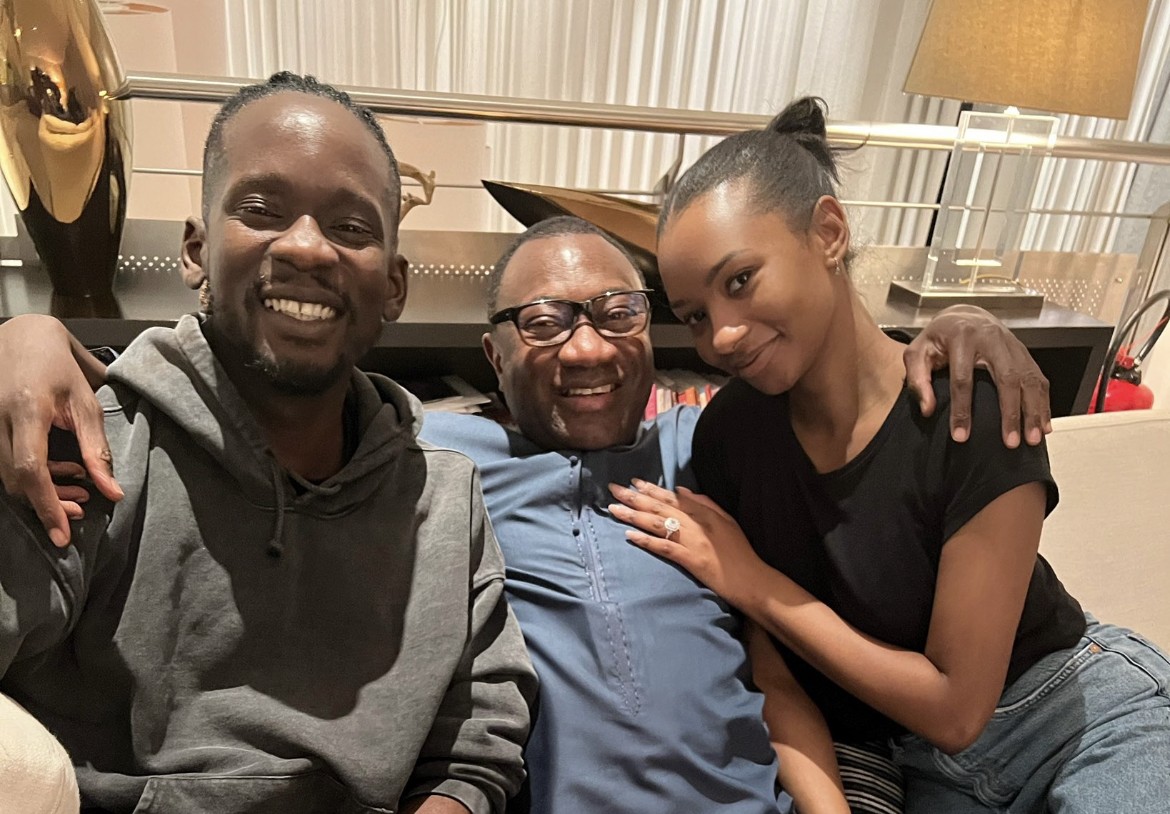 The world has finally had an up close look at the huge diamond ring Mr. Eazi used in proposing  to Temi Otedola.
The newly engaged couple paid a visit to billionaire and father of Temi, Femi Otedola.

Taking to social media to congratulate the couple, Femi wrote:

ENGAGED: Watch how Mr Eazi proposed to Temi after 5 years of dating

GuiltyBeatz is ringing in the summer! The Grammy-nominated Ghanaian producer and DJ is back with another dazzling solo effort – an Amapiano-infused dance anthem ‘Universe’ featuring Pop sensation, Mr Hudson and buzzing Ghanaian singer, Twitch 4EVA. END_OF_DOCUMENT_TOKEN_TO_BE_REPLACED

The host of Joy FM’s Strong and Sassy, Animwaa Anim-Addo, has tied the knot in a private ceremony. END_OF_DOCUMENT_TOKEN_TO_BE_REPLACED

Grammy award-winning Nigerian musician, Burna Boy is trending on Twitter over his choice of outfit at a recent concert. END_OF_DOCUMENT_TOKEN_TO_BE_REPLACED