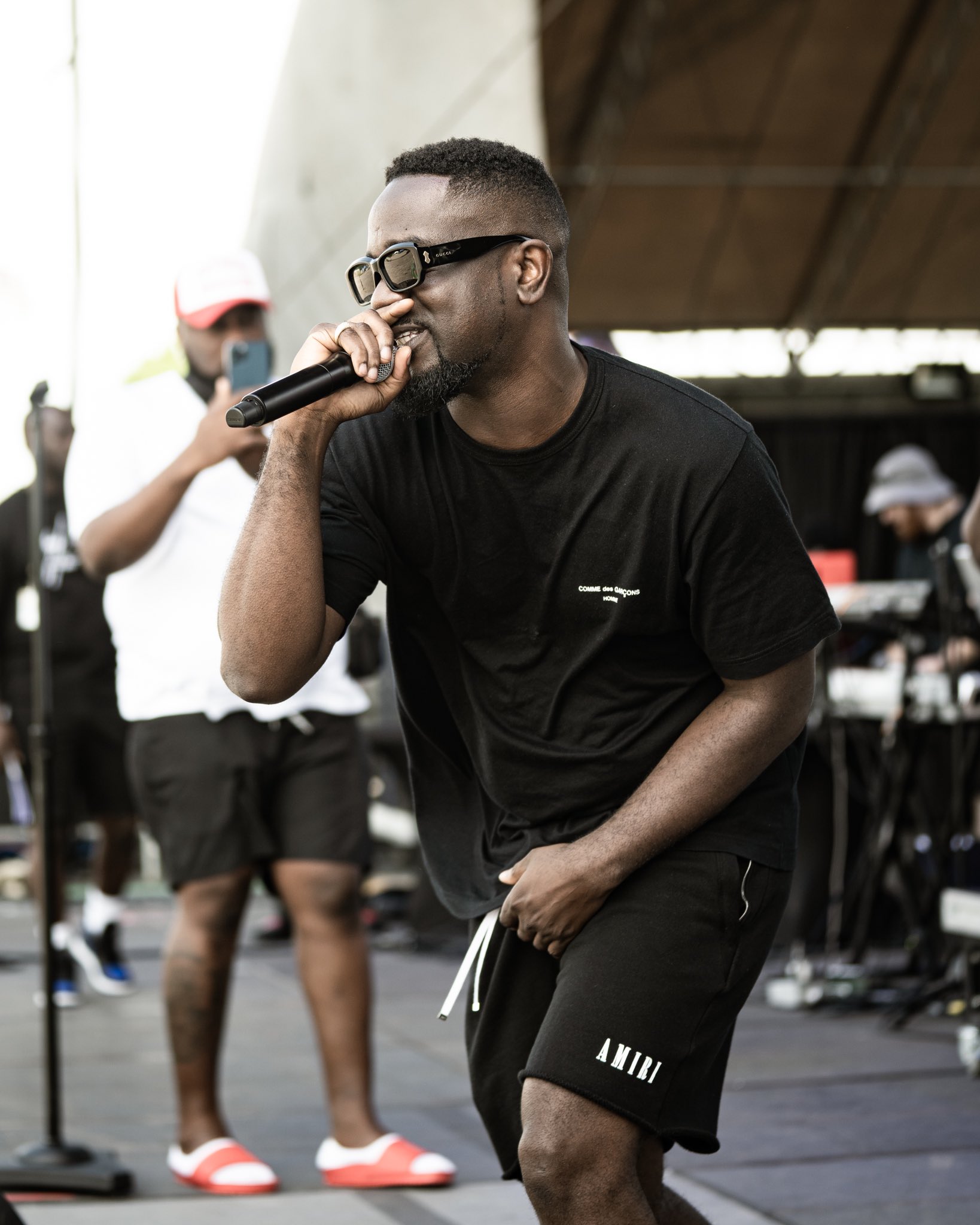 Ghana’s currently most decorated musician, Sarkodie had a very eventful showing on Day 2 of the Beale Street Music Festival in Memphis, Tennessee.

His Saturday night set at the Zyn Stage of the festival was preceded by an incident that almost led to a stampede. While festivalgoers were waiting for the Sarkodie set to kick-off, after Memphis-born rapper NLE Choppa had completed his set, two ladies started exchanging blows in a section of the crowd, right Infront of the stage. Not sure of what was really happening, most of the other festivalgoers started to flee the area for safety.

The police were called in, and calm was soon restored after the culprits were removed from the crowd.

Sarkodie then went on to open the show with ‘Married to The Game’. He followed back-to-back with songs from his last album ‘No Pressure’, including ‘Rollies N Cigar’, ‘Fugazy’, ‘Coachella’, and more.

Knowing fully that majority of the crowd didn’t know his songs, he tried to get them to sing along to some of his easy to sing songs by teaching them a few words but most of the crowd participation came simply from the strong hip-hop beats in Sarkodie’s sound, which was accentuated on the night by the drums in his live set.

Sarkodie then brought in more vibes for the crowd with a session that had his popular and more danceable hit songs such as ‘Adonai’, ‘Pong D Thing’, and many others.

His set lasted for almost one hour. However, just after that, organizers of the festival announced an evacuation of the venue due to an unexpected thunderstorm that was forecast to happen in a few minutes. For safety, organizers asked everyone to exit the venue immediately and return when the weather had cleared for the Megan Thee Stallion, Smashing Pumpkins, and Robert Randolph Band’s sets.

Ghanaian actor and socialite, Don Little, has made a passionate appeal to his colleague Kwadwo Nkansah also known as Lilwin to go make peace with his ex-wife. END_OF_DOCUMENT_TOKEN_TO_BE_REPLACED

The Federal Government of Nigeria has taken legal actions against the husband of late gospel singer, Osinachi Nwachukwu. END_OF_DOCUMENT_TOKEN_TO_BE_REPLACED

From being the opening act at EL’s BAR VI concert to bagging a nomination at the 2022 3 Music Awards, Afrobeats/afro soul singer Darkua stopped by Ameyaw TV to talk about her musical journey. END_OF_DOCUMENT_TOKEN_TO_BE_REPLACED