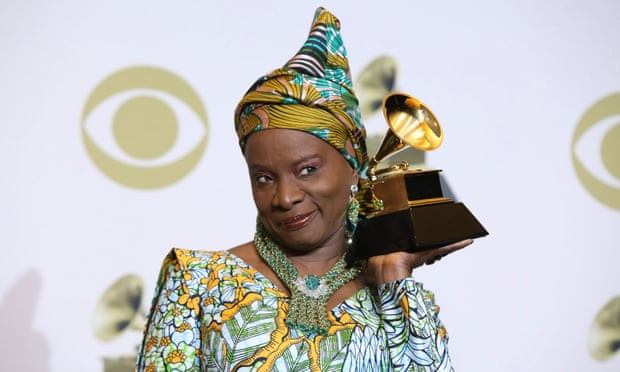 The Grammys have announced its decision to change the name of their World Music Album category to Global Music Album to avoid “connotations of colonialism”.

In a new statement from the Recording Academy, the institution said the category needed to be updated to “a more relevant, modern and inclusive term.”

It was also noted that the change “symbolizes a departure from the connotations of colonialism, folk, and ‘non-American’ that the former term embodied.”

The statement read: “As we continue to embrace a truly global mindset, we update our language to reflect a more appropriate categorization that seeks to engage and celebrate the current scope of music from around the world.

“Over the summer we held discussions with artists, ethnomusicologists, and linguists from around the world who determined that there was an opportunity to update the best world music album category toward a more relevant, modern, and inclusive term.”

“The change symbolizes a departure from the connotations of colonialism, folk, and ‘non-American’ that the former term embodied while adapting to current listening trends and cultural evolution among the diverse communities it may represent.”

“Global Music will continue to provide a home for influential music from all parts of the globe yet bringing with it a fresh perspective fueled by authenticity, diversity, and direct inclusion into our process.”

The move met with approval from two artists including Nigerian music executive and singer, Bankulli.

Bankulli, who is featured on Beyonce’s “Lion King” album, said: “Global Music provides a more inclusive awards platform to artists from relevant new genres. The term is encompassing of what is happening today and looks to the future for better representation.”

Haitian DJ-producer Michael Brun added, “Global Music is the future of music. As the world continues to become more interconnected, music culture no longer has borders. The fusion of sounds breeds innovation, and global music artists are at the forefront of that movement. I’m happy to see the Recording Academy working to adapt to the changing landscape and celebrate excellence from around the globe.”

The Grammys created the best world music album category in 1992, with winners since including Ravi Shankar, Gilberto Gil, and three-time recipient Angélique Kidjo.

The nominations for the 2021 Grammys will be announced on 24 November.

One of the three men charged in relation to Mac Miller‘s 2018 death from a drug overdose has been sentenced to 17 years and six months in prison. END_OF_DOCUMENT_TOKEN_TO_BE_REPLACED

The 2022 Billboard Music Awards took over the MGM Grand Garden Arena in Las Vegas on Sunday (May 15), with Sean “Diddy” Combs hosting and performing. END_OF_DOCUMENT_TOKEN_TO_BE_REPLACED