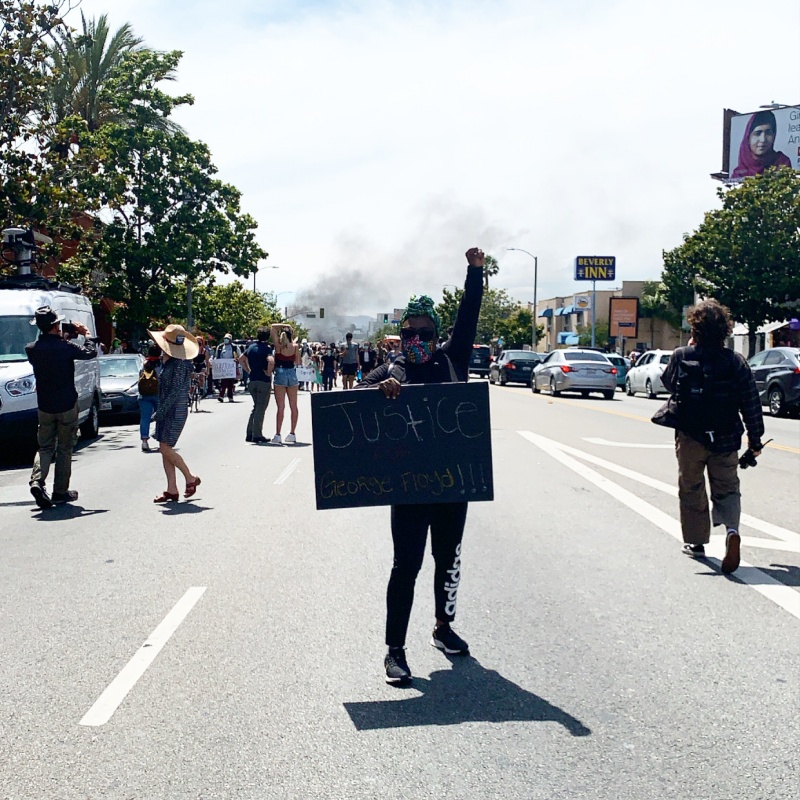 In the heat of widespread protests across the United States, and other parts of the world, following the inhumane treatment and murder of George Perry Floyd, I reached out to Hollywood power mom and Diaspora Ambassador Koshie Mills, to discuss matters arising.

On May 25, 2020,  Floyd was killed in the Powderhorn Park neighbourhood of Minneapolis, Minnesota. During an arrest, Derek Chauvin, a white American police officer, kept his knee on the side of Floyd’s neck for almost nine minutes while Floyd was handcuffed and lying face down.
Here is my Q&A with Koshie Mills, founder of The Diaspora Dialogues and mother of Hollywood siblings Kwame Boateng, Kofi Siriboe & Kwesi Boakye: 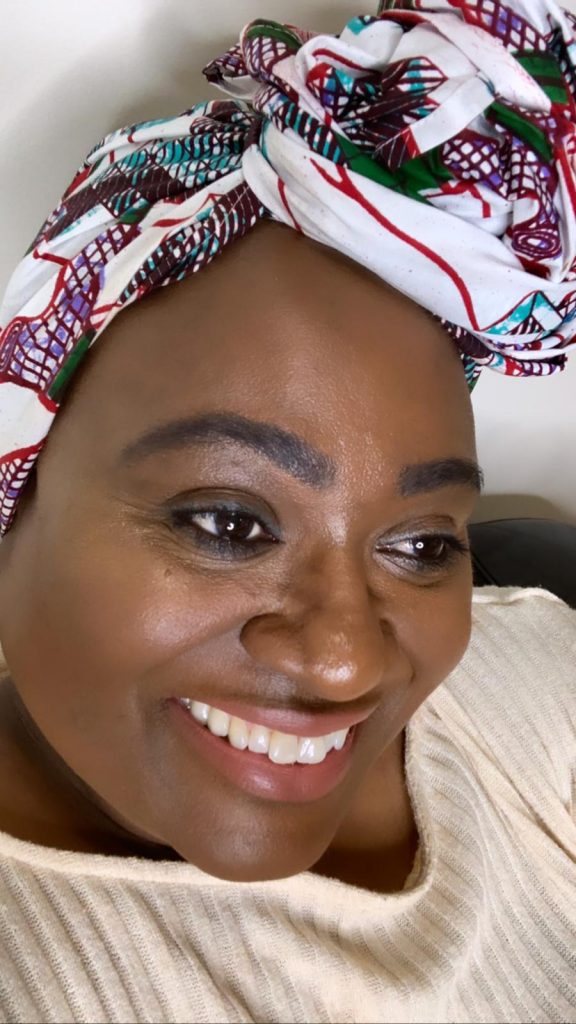 There was a lot of pressure on social media from some Ghanaians asking the president not to be silent on the issue looking at the success of the year of return. How important is a statement from him and what do you make of his statement?
The United States of America has proven itself to be devoid of leadership at this critical moment in history with Trump at the helm. President Nana Akufo-Addo had the presence of mind and extended condolences to the Floyd family and denounced the systemic racism we are facing here in the Diaspora on behalf of Ghana. I think it’s natural for those of African decent in the US to search for our world leaders to say “We see you, you are not alone.” So his statement sends a powerful message which was well received. 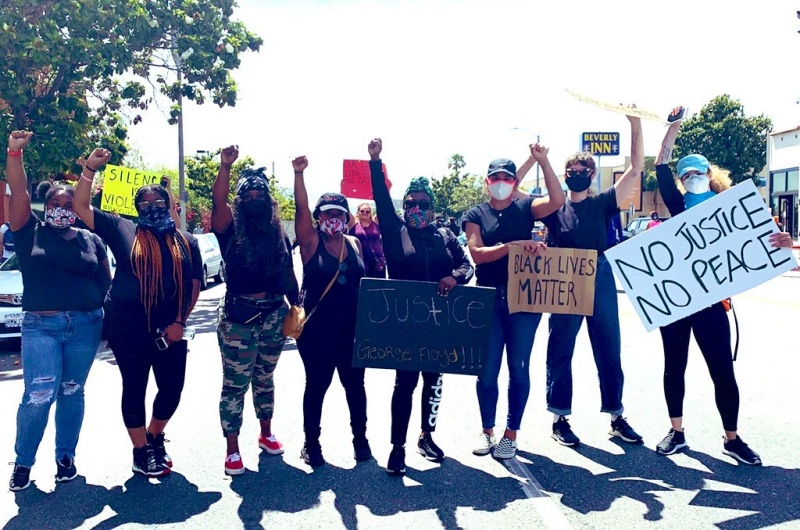 The amount of suffering caused by violence from the police and citizens like the men who hunted and shot Ahmaud Arbery, an unarmed man who was jogging, plus a devastating shooting and Killing of 26 year old Breonna Taylor’s in her apartment plus a white woman, Amy Cooper makes a false police call using her White Privilege on an Unarmed Birdwatcher in Central Park was more than the perfect storm to set up the video of George Floyd being MURDERED BEFORE OUR EYES in the street. It’s been HEAVY to say the least. Our Black Lives Does Matter, so yes this deserves an international response, and I’m hopeful not only Ghana will continue down this path. 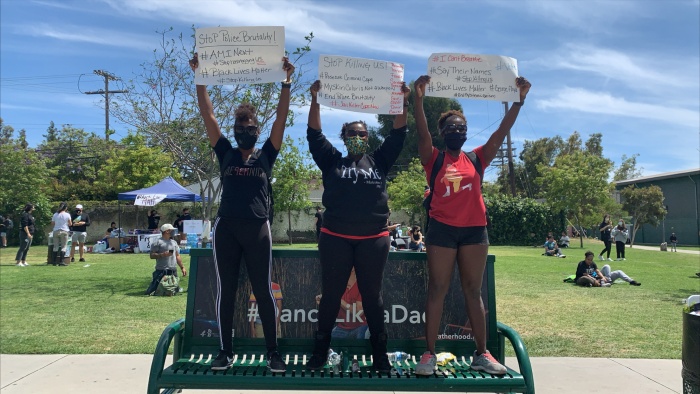 Black People in the UK have shown solidarity in massive protests also, how important is such a gesture? And should Africa or its states do something similar?
The gesture is so important! It cannot be said enough: The recent events of systemic racism have sparked global outrage from UK, Paris, Berlin, Amsterdam, Brazil and all across the world, proving this is seen as a HUMAN RIGHTS issue, not solely a Black American problem. I hope Africans in the continent organize in support and solidarity with African Americans. All the United States Embassies around the continent should have their phones ringing off the hook with Africans demanding justice to be served. This would send a powerful message of solidarity and unity to the African diaspora.
You have witnessed some of the protests yourself, is there truly any hope amongst the community that these protests would have an impact on these rampant racial abuse on black Americans? What must be done differently this time to make the continuing protests more impactful and bring about change?
The way African Americans are treated in the US is a crime against humanity. I attended the protest because I am a mother with a black husband and 3 black sons, it’s scary to think these people went out and never came back home. It’s scary to be presumed guilty before any questions asked. As a woman who believes in taking action to effect change I felt the need to share my energy of grief, hope and questions to the streets. I was struck by the diversity of the Los Angeles protests, It was the first time I’ve seen soooo many young people of all ethnicities White, Black, Asian, Latino, African people of all ages, standing together in solidarity against the common enemy of injustice. This was very encouraging and beautiful.
The next action step is to develop an agenda strategize, organize to call for policy changes, including a ban on choke holds across the police force and exercising our vote to bring in new leaders who are sympathetic to our cause. We will be Holding lawmakers accountable and will be making sure our Civil Rights legislation is air tight. 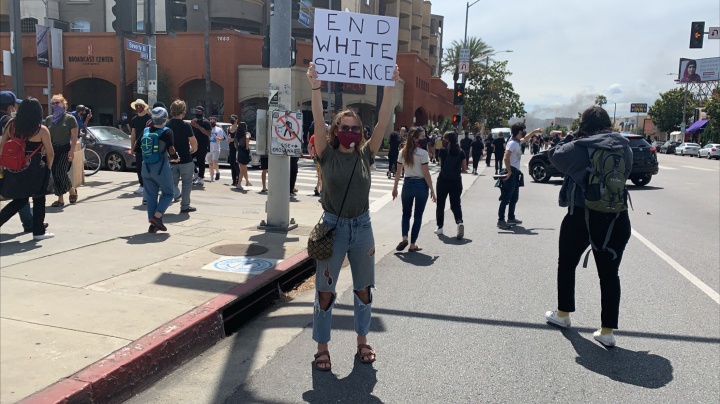 How do African Americans perceive Africans during this struggle and how can we bridge the communication gap. How can Africans be a resource for our brothers and sisters in the diaspora?
For over 400 years post slavery, I believe African Americans have carried and LIVE with the trauma of abandonment. The kidnapping that took place hundreds of years ago set the stage for the latent pain and turmoil surfacing today. I created a platform and movement called The Diaspora Dialogues to re-connect Africans from the continent with the descendants outside to begin the conversations that will lead us to healing the divide we have amongst us. The negative narratives and stereotypes we have heard about each other was part of the design to keep us apart and destroy us, but not on my watch, so I definitely believe that HEALING is always possible.
It’s time we create a STRONG relationship between ourselves globally. One of the initiatives that my organization is championing includes facilitating what that connection looks like for us. Providing investment information, cultural experiences and the most important thing is the hospitality of knowing that they will be welcomed. Ghana did an incredible job with The Year of Return. Now it’s time to have a decade of continued  reconciliation and relationship building. We are at the center of that charge and welcome more African countries to the table. We have to ask ourselves, how will our actions today impact future generations? The answer is The Diaspora must be an integral part of all planning for the future of Africa. That is why I’m lending my voice and influence to make the very necessary connection.
What role should Africa play in the Global call to end racial abuse and profiling of African-Americans in the USA?
Africa must reach out in a genuine way, we have created an annual International Women Of Power Event where we honor Africans and African Americans to Forge the cross-pollination and connections. We Remind African Americans of their rich heritage and complex culture and vice-versa.
I would like to see “American” dropped from the “African American” moniker. What we call ourselves matters. IDENTITY IS AT THE CRUX OF THE MATTER.  If we ALL can refer to ourselves as simply AFRICAN, period, imagine the power in a singular narrative? Next, African leaders in the AU must be more vocal on behalf of our Diaspora and go to the UN and demand actions on our behalf when atrocities are occurring. What is the penalty of acting out of accordance with human rights laws?
We are well aware economics play a role in creating lasting change, so we need to become one unified voice so we can build that strong global black wealth which will dismantle our naysayers! Africa is the richest in natural resources than any other continent so why are we standing in line for aid and why do we struggle so much from corruption and paralytic infrastructure. We need the diasporas influence and expertise to help remedy some of these issues. As you can see the Diaspora in America are the catalyst for an enormous change! Imagine all these people mobilized on behalf of the continent, that is my DREAM! Change has to come so our future generations will have the inheritance that they deserve, we know it is possible as long as we unify and come together!
Photos courtesy of The Diaspora Dialogues
For more on the discussions, follow on Instagram @diasporadialogues
Facebook : @thediasporadialogues
YouTube : The Diaspora Dialogues
Related Topics:Koshie Mills
Up Next

Creative Women Online Conference set for June 5-6, under the Patronage of the First Lady of Cyprus