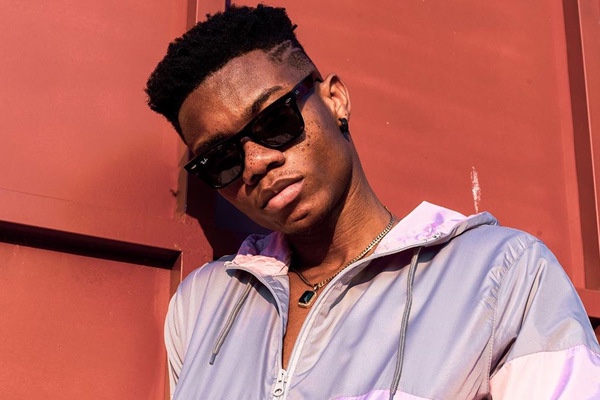 Lynx Entertainment signee, KiDi may be one of the highest earning musicians in Ghana.

According to Trending Celebs Now, the “Say Cheese” hitmaker has an estimated Net Worth of $1-5 million.

The above figures according to Trending Celebs Now is subject to review.

However, KiDi has had an amazing year since the release of his Blue EP. His hit single from the EP, “Say Cheese” has had major streaming goals on all major music platforms as it crossed borders.

In a Snapchat post after finding out what his net worth is on the internet, KiDi wrote:

Ghanaian music stars are in the battle for both continental and regional awards in the newly released All Africa Music Awards (AFRIMA) nomination list. END_OF_DOCUMENT_TOKEN_TO_BE_REPLACED

Popular Kumawood actor and vlogger, Kwaku Manu has finally confirmed that his marriage has hit the rocks. END_OF_DOCUMENT_TOKEN_TO_BE_REPLACED

The ever-prestigious Humanitarian Awards Ghana lived up to its billing and hype with attendance from high-profile personalities in government, leadership, entertainment, and philanthropy. END_OF_DOCUMENT_TOKEN_TO_BE_REPLACED

After years of speculation, Fugees have announced that they’re set to reunite for a 2021 world tour. END_OF_DOCUMENT_TOKEN_TO_BE_REPLACED

One of the most successful Kumawood actresses in Ghana, Mercy Aseidu has opened up about her motivation to keep making Ghanaian film content although the industry is stagnant.  END_OF_DOCUMENT_TOKEN_TO_BE_REPLACED