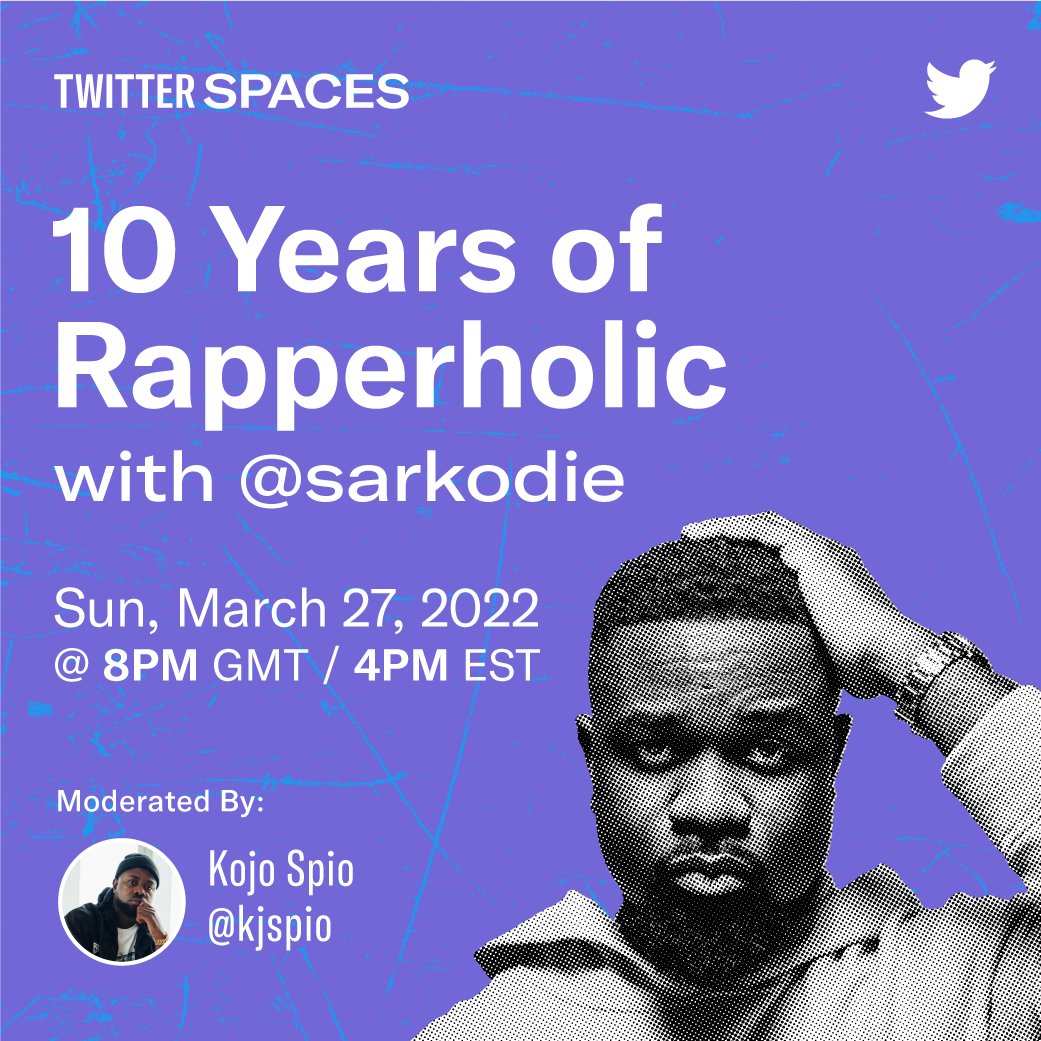 After successfully hosting the Sarkodie Rapperholic Virtual Concert in the Dubai desert, to celebrate the 10thanniversary of the Rapperholic album, CEEK, an award-winning developer of premium social virtual and augmented reality experiences, is set to continue the celebrations through Twitter Spaces.

According to KJ Spio, Creative Director of CEEK this will help Sarkodie to connect more with his fans.  He comments: “The main objective is to get the fans to speak and interact with Sarkodie. We will also touch on certain things that most people wouldn’t know, such as the process of making the records, the nuances and all that that goes into it, to give people a good insight of how everything is done. We just want to talk about the music, the process and celebrate the 10th anniversary of ‘Rapperholic’ with Sark Nation, his fans, the ‘Day Ones’.

Sarkodie took to the desert under beaming sunlight, opening with ‘Illuminati’, leading into ‘Rollies and Cigars’, he continued his charged performances, right through to finishing with ‘Adonai’ which is taken off his Sarkology album.

CEEK are ushering in a new era of entertainment, with a mission to empower creators with the tools needed to generate new revenue streams. With the virtual reality headset CEEK simulates the communal experience of attending a concert without leaving the comfort of your home. It allows fans to engage with artists in ways that they have never been able to before.

You can have a front row experience for Sarkodie’s Rapperholic22 in the desert via www.ceek.com, the 360 VR experience can be viewed via CEEK’s virtual reality headset, you can also access the Sarkodie experience in 2D via your laptop and phone.

Related Topics:KJ Spio
Up Next

Grammy award-winning Nigerian musician, Burna Boy is trending on Twitter over his choice of outfit at a recent concert. END_OF_DOCUMENT_TOKEN_TO_BE_REPLACED

Vanessa Obeng, who represented the Bono East and Florida, has been  crowned MissGhana USA  2022 at the finale held at the Atlas Performing Arts Center Washington DC on the 25th of June 2022. END_OF_DOCUMENT_TOKEN_TO_BE_REPLACED