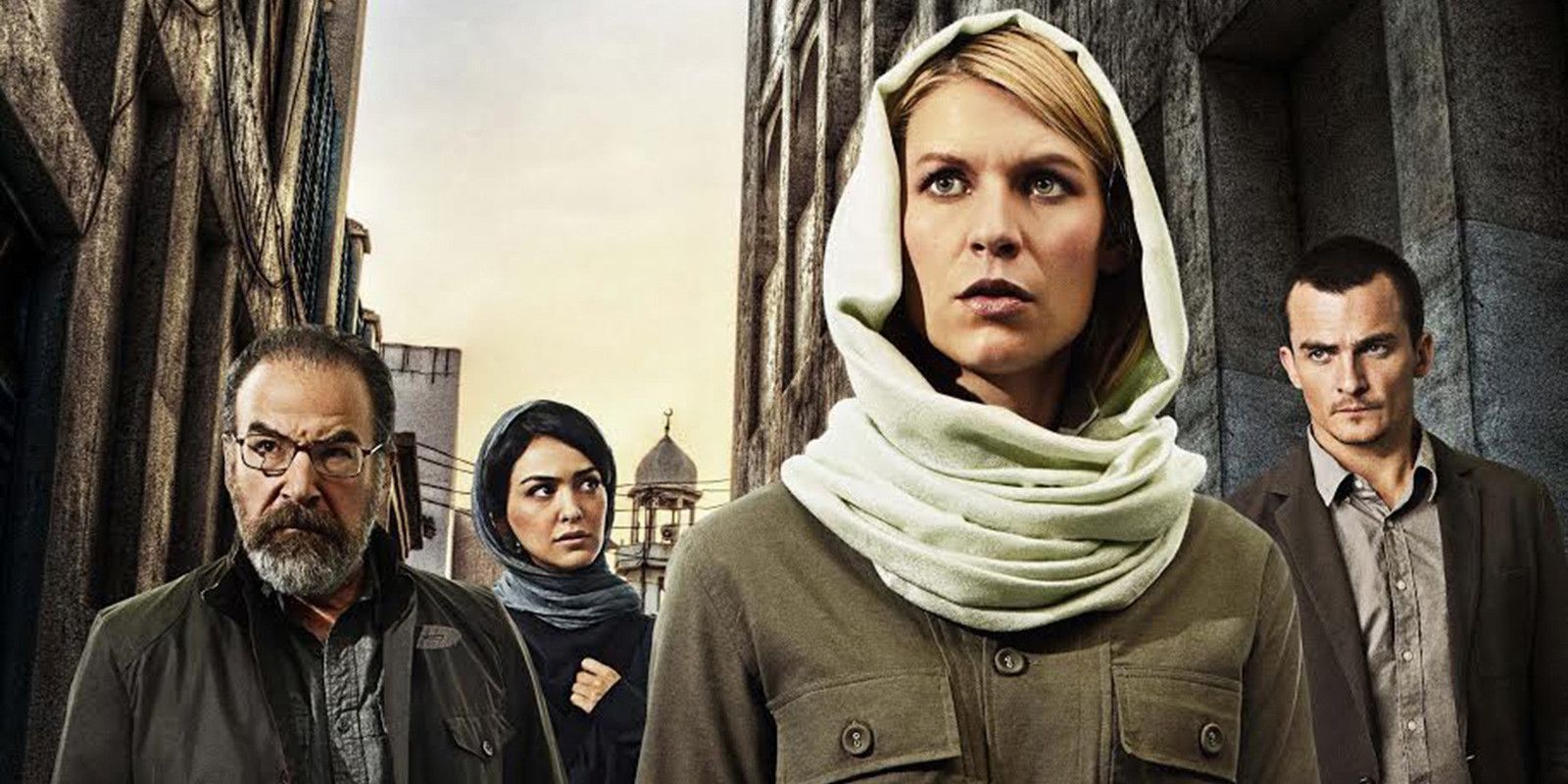 The 8th and final season of Homeland, is here! Saul Berenson, the National Security Advisor for newly inaugurated President Ralph Warner, is assigned to negotiate peace with the Taliban in Afghanistan. Carrie Mathison is still struggling to recover from her brutal treatment as a prisoner in Russia, but Saul wants to take her to Afghanistan, feeling her knowledge and experience there are essential. Starting 11th June at 8pm on M-Net Ch 102.

Great entertainments are supposed to go beyond real life, Billions does it in a way where even as we’re having a good time there’s a hint it’s points about greed and obsession are not off the mark. Season 5 sees Bobby Axelrod reach a major milestone whiles Chuck struggles to get his bearings, and he and Wendy navigate a new normal. Tensions are high at Axe Cap now that Taylor Mason is back. Axe faces off against new rival Mike Prince.  Don’t miss any moment of a captivating new season, Tuesdays at 9pm on M-Net CH 101.

Fabulous costumes, vibrant art direction, and the on-screen dueling of two Hollywood queens — Jolie and Pfeiffer makes Maleficent: Mistress Of Evil, a must watch this Sunday at 8pm on M-Net Ch 101. Maleficent travels to a grand old castle to celebrate young Aurora’s upcoming wedding to Prince Phillip. While there, she meets Aurora’s future mother-in-law — a conniving queen who hatches a devious plot to destroy the land’s fairies. Hoping to stop her, Maleficent joins forces with a seasoned warrior and a group of outcasts to battle the queen and her powerful army.

Growing up with a famous parent isn’t easy, as the children often have to work hard to emerge from their parents’ shadows and gain independence — especially if they want entertainment careers of their own. Growing Up Hip Hop documents the lives of a tight-knit group of friends, most of whom have at least one parent who is famous. Angela Simmons, the daughter of Run-D.M.C.’s Rev Run, is a model and fashion designer; Romeo Miller has followed in the footsteps of his father, Master P, in becoming a musician; entrepreneur Damon “Boogie” Dash is the son of former record executive Damon Dash; singer Kristinia DeBarge, the daughter of James DeBarge, struggles to choose between family and fame; TJ Mizell, a DJ whose father was Run-D.M.C. member Jam Master Jay, views Angela as family since both of their dads were in Run-D.M.C.; and aspiring singer Egypt Criss gets her talent from both mom and dad — Pepa from Salt-N-Pepa and Treach from Naughty by Nature. A brand-new refreshing drama filled season shows Mondays-Fridays at 5pm on 1Magic CH 103.

From Salvage deserts and active volcanoes to immense lakes and rivers, Africa is a land of extremes. Across this awe-inspiring continent, natures beasts battle for survival in some of the world’s harshest conditions. Africa’s Hidden Secrets, 14-28 June on National Geographic Wild Ch 182.

Do you believe that age doesn’t matter in relationships? AGE IS JUST A NUMBER tells of the unconditional love between Sahil -a 24 year old bachelor, and a 42 year old widow -Veedika , who are scorned by the society due to their difference in age…
Their love story survives the trial and produces sons, but death comes calling… Daily at 4pm on Zee World CH 166.

Plastic surgeons Dr Terry Dubrow and Dr Paul Nassif are back in the saddle – and correcting those saddle noses – in their plastic surgery reality series Botched on E! CH 124, Mondays at 6pm with the second half of S6.

Despite the pair’s constant banter and one-upmanship with one another, they show maturity, kind-heartedness and level heads when it comes to taking on patients who’ve come to them desperate for help to fix previous plastic surgery blunders, or even with natural conditions that have left other plastic surgeons stumped. And there’s always a chance of celebrities and socialites dropping by for a touch-up and a fix-up.

In the coming episodes, we’ll see Drs Dubrow and Nassif tackle everything from patients who express themselves through body modification, to those chasing unhealthy ideals because of body dysmorphia, to those who suffered tragic accidents and are looking to be brought back to themselves.

And in this season they’re taking on the kinds of patients they have always turned down before.

Tom and Jerry are back.  Tom, a house cat, embarks on his adventure of persistently pursuing his never-ending quest of nabbing a notorious mouse, Jerry. The Tom and Jerry Show, weekdays at 6:05am on Boomerang CH 302.

Bad Boys For Life – The biggest movie of the year is now available to watch from the comfort of your home onBoxOffice. Miami detectives Mike Lowrey and Marcus Burnett must face off against a mother-and-son pair of drug lords who wreak vengeful havoc on their city. Tap that green button on your Explora remote to get started and rent now.

SuperSport brings the action back in style this week!

SuperSport viewers on DStv can look forward to the return of live sport on a much bigger scale on the week of 12 to 18 June, including a relentless run of games from La Liga, the Charles Schwab Challenge and RBC Heritage tournament from golf’s PGA Tour, rugby from New Zealand’s Aotearoa competition, UFC Fight Night: Eye v Calvillo and WWE ‘Backlash’.

SuperSport is your home of sport and the best place to see all the action from around the world as #LiveSportReturns.

Football fans will be delighted to see La Liga back in full force, with the resumption of the title race between Barcelona and Real Madrid the highlight, while African fans will also be able to watch heroes from our continent such as Thomas Partey, Aissa Mandi and Samuel Chukwueze return to action.

The pick of games on offer in this week is the meeting of Real Madrid and Valencia at Estadio Santiago Bernabeu on the evening of Thursday 18 June, with the latter’s Central African Republic midfielder Geoffrey Kondogbia looking to thwart the Los Blancos stars in the ‘engine room’.

The first PGA Tour event to return to the golf calendar is the Charles Schwab Challenge, with Days 2, 3 and 5 live on SuperSport from 12 to 14 June, while Thursday 18 June brings Day 1 of the RBC Heritage tournament from South Carolina.

The Ultimate Fighting Championship (UFC ) was one of the first sports to return after the effects of world events and continues to host events at its APEX facility in Las Vegas with UFC Fight Night: Eye v Calvillo on the morning of Sunday 14 June. The main card is a Women’s flyweight match between Jessica Eye and Cynthia Calvillo.

The main card will also feature a co-main event between Middleweights Karl Roberson and Marvin Vettori. The pair have major bad blood between them after two previous cancellations and UFC president Dana White is expecting a thriller.

“There are a lot of fights when guys talk smack, and then there’s heat… and then the fight sucks,” White said. “That will not be the case with this fight. Vettori is so fun to watch fight. This guy goes for it. He goes for the finish in every fight, and Karl Roberson is the same way. This is a fight that has potential for Fight of the Night or Performance of the Night.”

The WWE has also been going strong for several weeks now and will hold another pay-per-view special with ‘Backlash’ on the morning of Monday 15 June. The event will be headlined by a match for the WWEChampionship between title holder Drew McIntyre and Bobby Lashley. McIntyre has been the champ since WrestleMania when he defeated Brock Lesnar in impressive style, but Lashley – with his incredible power and athleticism – represents a genuine threat to the Scotsman’s reign.

No rival can compete with SuperSport‘s  coverage. Our viewers on DStv can see all their favourite sporting stars from around the world.

Visit www.dstv.com or www.gotvafrica.com to subscribe or upgrade, and join in on the excitement. And if you’re a DStv customer on the move, you can stream matches on DStv Now.

Over 300 episodes later and one of the best medical dramas on television has returned to FOX Ch 119. Catch season 15 of Gray’s Anatomy Tuesday at 6:45pm on FOX 119.

Telling the story of Danny Roman, a good cop and specialist in negotiation, we are drawn into a plot of betrayal by his closest companions. The Negotiator stars on-screen favorite, Samuel L. Jackson, this Sunday at 6pm on BET CH121.

From Archimedes to Faraday, Dick and Dom explore the work of the most important inventors and scientists in history. In each episode the duo study the work of a genius and attempt to recreate one of their ideas, occasionally with some improvements using technology not available in the subject’s lifetime. Absolute Genius with Tom and Dick, Fridays at 11:05am on Da Vinci CH 359.

GUESS WHAT?? Your favorite Bollywood shows are back this week on StarLife.
Catch all your favorite shows on CH 123.

This is Fate is a steaming drama narrating how fate plays its role in the lives of two optimists sisters, Preeta(Shraddha Arya) and Shristi(Anjum Fakih). The serial can also be classified as a romantic tale with whole lots of ups and downs including love triangles, determination and betrayal. This is fate S2 shows Daily at 5pm on Zee World Ch 125.

Kara gains superpowers after she touches a magical butterfly. When her cousin learns about her secret, she gets hold of the butterfly but it transforms her into the evil Dark Sparkle. Join us for an day Barbie viewing festival on MMovies Zone CH 103.

Its a celebrity match up on Family Feud Ghana this Saturday! Tune in this Saturday at 9pm as the Spartans Team take on the Gold Coast Team to win money for their respective charities! It will feature celebrities such as Roslyn Ngissah, James Gardner, Kalybos, Kofi Asamoah and many more. Be sure to tune in to TV3 CH 172.

#YRefresh: Mz Orstin is breaking barriers in the DJ game