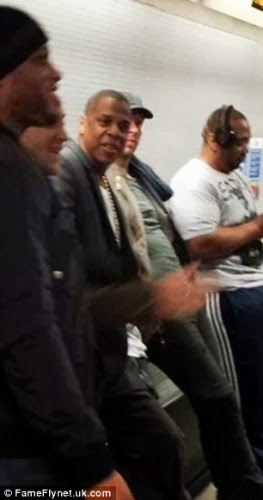 I wonder if our stars would ever agree to head to a concert on a ‘trotro’ or Metro Mass Transit Bus. LOL.  Jay Z, Timberland, and Coldplay lead singer Chris Martin surprised commuters by taking London commuter train to their gig at the 02 arena in London on Saturday night. His manager Ty Ty and Atlanta Records executive Michael Kyser were also with the group. 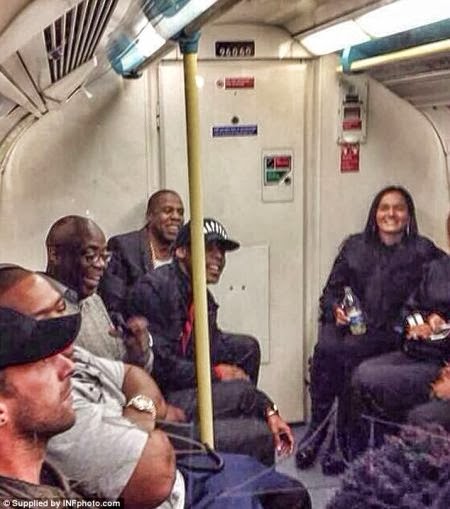 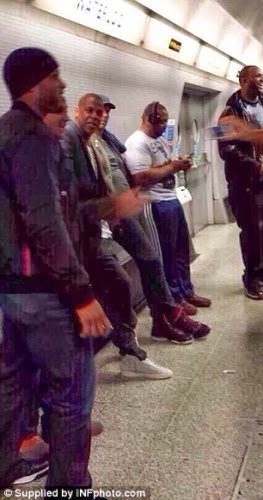 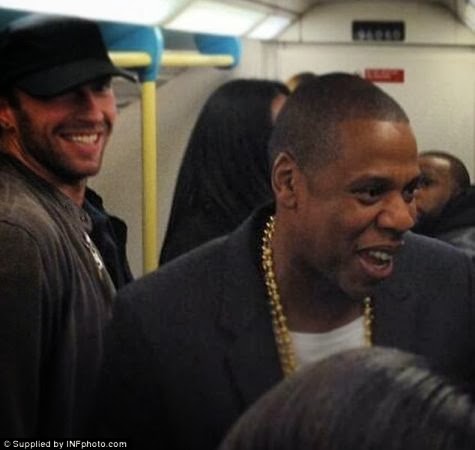 A New Man? DMX reads Bible to fan outside at a restaurant