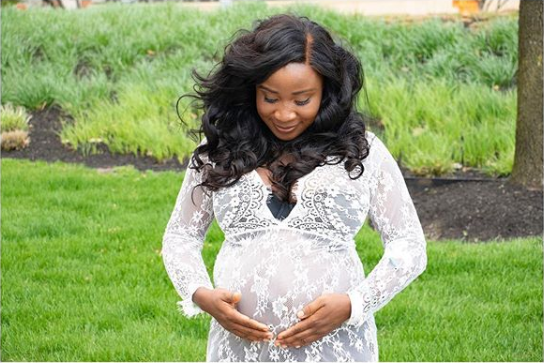 Ghanaian TV/Radio personality, Nisirine Naa Ashorkor Mensah-Doku, has welcomed her second child and it’s another boy!The Joy FM presenter has been off-air for some time and it now shows that it is a time she has taken off, to take care of her pregnancy.

Taking to her social media accounts on Monday morning, 1st of July, 2019, the actress who has been off-air for sometime now, shared some stunning maternity shoot photos to announce her baby’s birth.

Captioning the stunning photos with two blue heart emoji (blue for boys) the actress confirmed reports of her second child being a boy. The “Adams’ Apple” actress, welcomed her first son about some two years ago after her marriage in 2014.

Most of the beef we have are lyricism beef and not proper rap beef – E.L

Also, don’t be on the lookout for photos of this new baby boy because we’re still waiting for a glimpse of her first son who was born two years ago.