Greater Accra Regional Chairman of Musicians Union of Ghana [MUSIGA], Ras Caleb Appiah-Levi has sued the former President of the Union, Bice Osei Kuffour and four other executives for misappropriation of funds.

The four executives include; Acting MUSIGA President, Mr. Henry Bessa Simons; Acting 1st Vice President, Rev. Dr. Thomas Harry Yawson; National Treasurer and Acting Administrator, Mr. Samuel Kofi Agyeman and Ahuma Bosco Ocansey, Director of Communications and Special Projects.
The MUSIGA Presidential aspirant in a statement released said there were many allegations and counter-allegations from the majority of members and stakeholders of how the organization had been mismanaged during Obour’s tenure.
Some of the many allegations are that the administration did not release any information on how the Union’s funds were spent; Obour never presented any handing over notes nor did he render accounts when leaving office.
The statement said the hearing had been fixed for Wednesday, 10th June 2020 at 9:00 am.

Part of the statement read:

“No information is being released or communicated to the entire membership as to how the Union’s FUNDS were spent.

To this end, I Ras Caleb Appiah-Levi, found it prudent to request for a forensic audit, and leadership of service and accountability of the administration of the former MUSIGA president Mr. Bice Obour Osei Kuffour.
In leaving office as required, Mr. Bice Osei Kuffour didn’t present any handing over notes and render accounts or submit any internal audit report on the state of the Union that includes a comprehensive financial audited report of the affairs of the Union..
This, and other reasons why I as a member, an elected executive, and a presidential aspirant of the Union, am calling on Mr. Bice Obour Osei Kuffour and his cronies in administration to account for his leadership of service at MUSIGA from 2011 to date.
Based on the aforementioned reasons, a suit has been filed at the High Court of Justice, and a hearing date has been fixed for Wednesday, 10th June 2020 at 9:00 am.“ 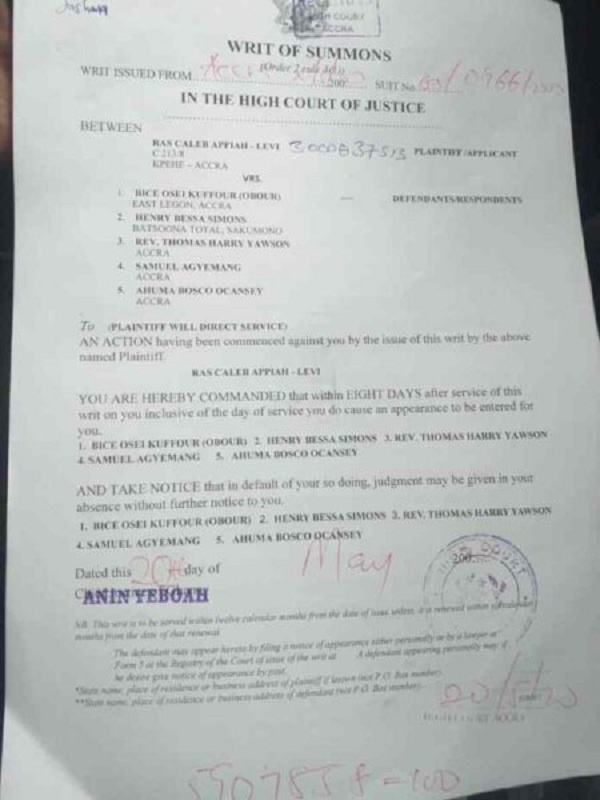 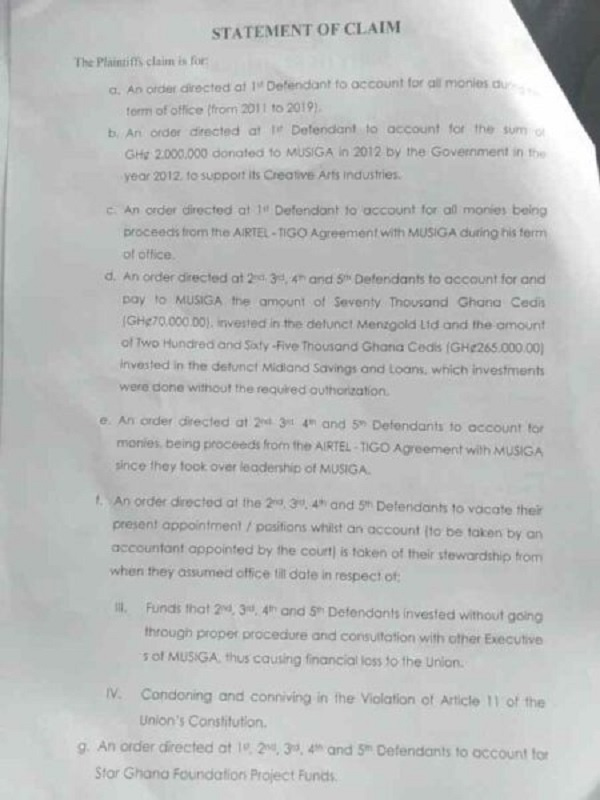 MUSIGA elections: Parties to settle case out of court