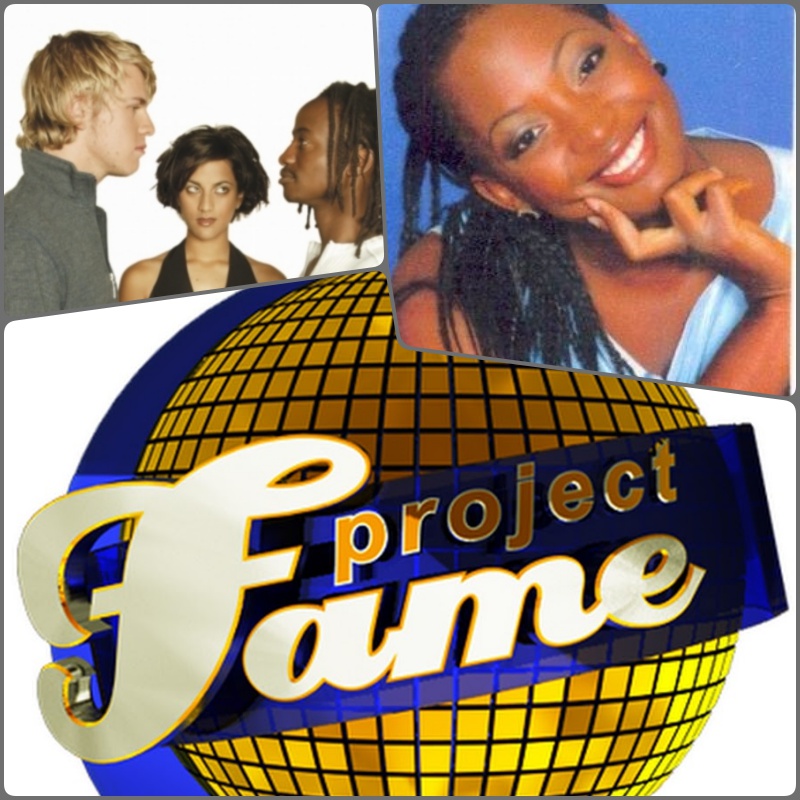 Mnet Project Fame contestants[/caption] So in my TV buff days, I fell in love with the Star Academy franchise when in 2002, I saw season one of Fame Academy, a British television talent competition to search for and educate new musical talents. Of course I wanted Lemar Obika to win for obvious reasons, but he only came third place after winner David Sneddon and runner-up, Sinéad Quinn. Anyway David was vocally gifted and wrote beautifully so he deserved it; and Lamar went on to have a successful music career after the show. When Season 2 started on the BBC in 2003, I followed it keenly and enjoyed it but not as much as season one. So when M-Net announced the African version I was more than thrilled…in fact I even applied. And yes I was called for the audition. In the application, being able to compose or at least play one instrument was a requirement. I lied that my talent was ‘table drumming’. Anyway my application went through and I was called for the auditions in Accra. I was then in third year at the University and on Industrial Attachment, so I couldn’t go for the auditions. A few people went for the auditions in Ghana, and Ramzy (Stars of the future fame) made it to that sing off stage for a place in the Academy. He however lost the slot. Project Fame debuted on Mnet from June to August 2004. The show had 16 African contestants – 9 of which were South African. The show was best described as Idols meets Big Brother Africa as the contestants’ daily activities were recorded 24 hours a day. Lindiwe Alam from Zambia won with Jonathan Ross from South Africa in second place and Nigeria’s Daré Art Alade in third place. Since then the format has span-off into West African and East African versions. So 13 years after the show and many spin-offs after, what have the original Project Fame contestants been up to? Here we go. Lindiwe Alam (Zambia) [caption id="attachment_114545" align="aligncenter" width="671"] 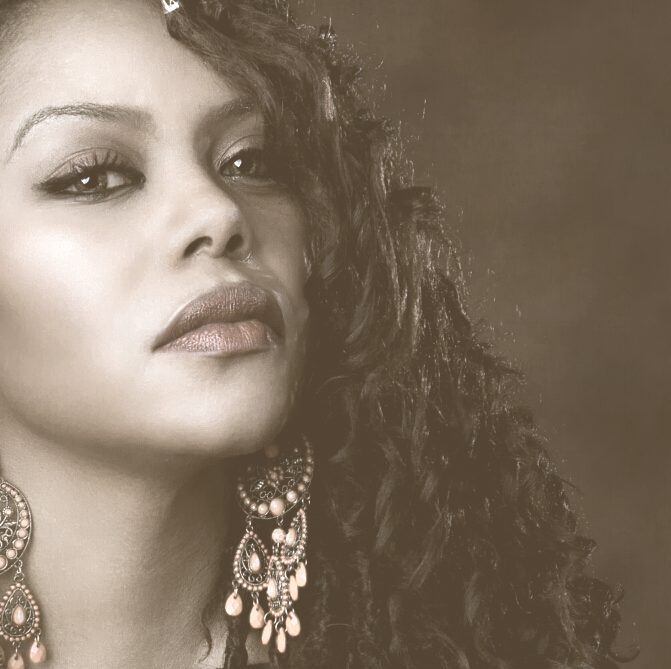 Lindiwe Bungane,[/caption] After winning the show, Lindiwe , now known as Lindiwe Bungane, went on to launch a successful music and acting career, and she remains one of the biggest female artist in Zambia. She has also starred in the South African stage version of ‘Dreamgirls’. The Zambian singer and actress, is also an ambassador for ILO’s 50 for Freedom campaign against modern slavery, Jonathan Ross (South Africa) [caption id="attachment_114546" align="aligncenter" width="960"] 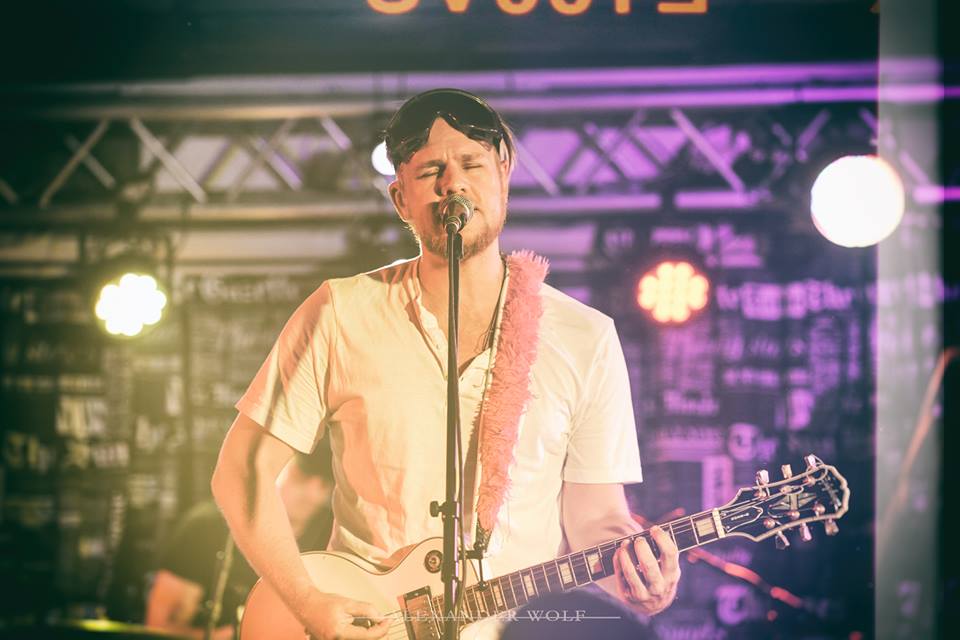 Nathan Ro[/caption] Now known as Nathan Ro, Jonathan Ross was the first runner-up on Project Fame. In May 2005 he began playing the recurring role of Tim on the SABC3 soapie, ‘Isidingo’. He currently plays for a band known as Lonehill Estate. The band is a South Africa Music Awards- nominated, and has performed across Los Angeles and Montreux. Jonathan has also performed as part of trio known as Sing City, with Graeme Watkins and Loyiso Bala. In 2007 Jonathan made a guest appearance on the MTV base comedy sketch show Stay off the Grass. He also had a guest-starring role in an episode of the SABC1 sitcom City Ses’la. Daré Art Alade (Nigeria) [caption id="attachment_114547" align="aligncenter" width="1024"] 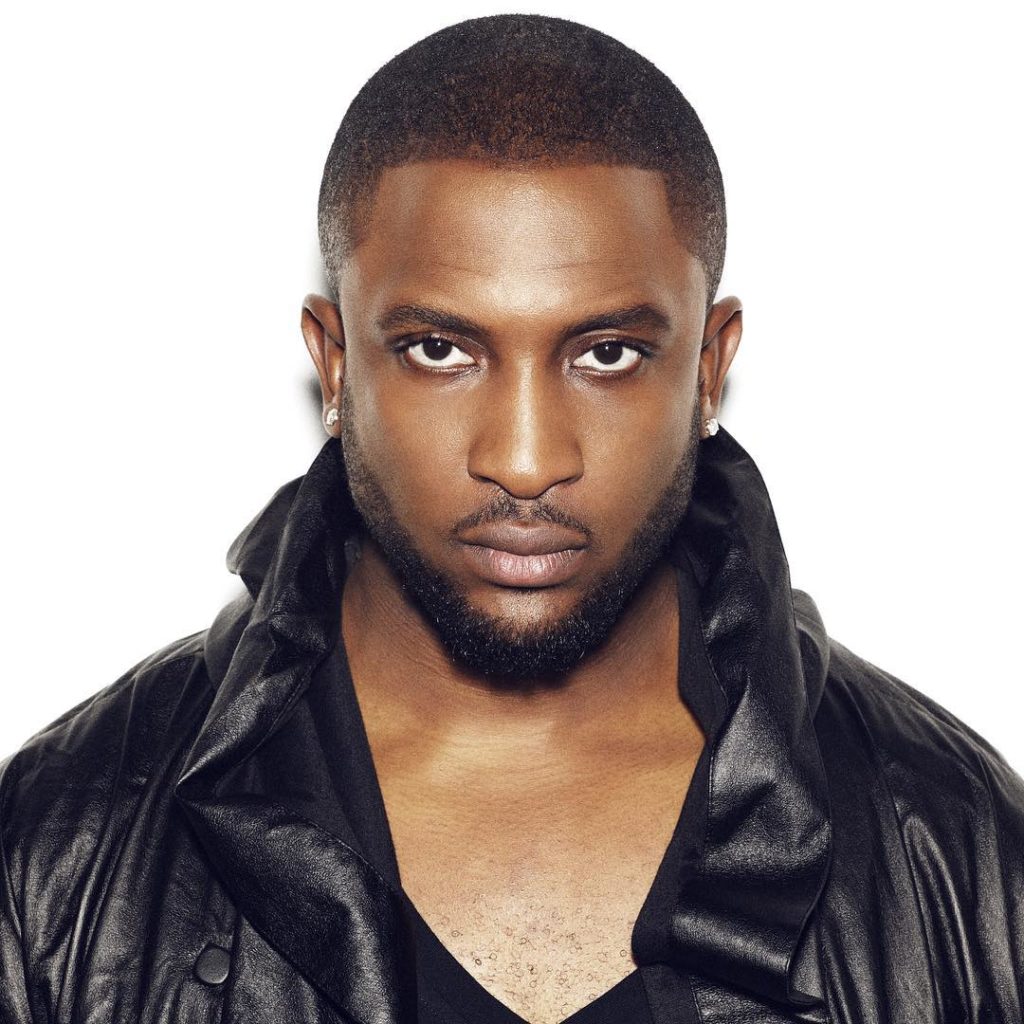 Daré Art Alade[/caption] Dare was third on the show, and was often misunderstood as being over confident and cocky. He caused a nationwide uproar in South Africa with comments that many viewers thought supported rape, and some critics believed that affected his chances of winning the show. After the show Darey has become a multi-platinum selling and award-winning musician, singer-songwriter. After an unfruitful record deal with Sony BMG Africa, his debut album ‘From Me 2 U’ hit the Nigerian market two years later on Storm Records. ‘From Me 2 U’ won several awards including 2006 Channel O Music Video Awards for best R&B Video in Africa. In 2008, Darey returned to familiar reality TV grounds as the host of ‘Project Fame West Africa’. He has also been a judge on Idol Nigeria Tebogo Moloto (South Africa) [caption id="attachment_114548" align="aligncenter" width="640"] 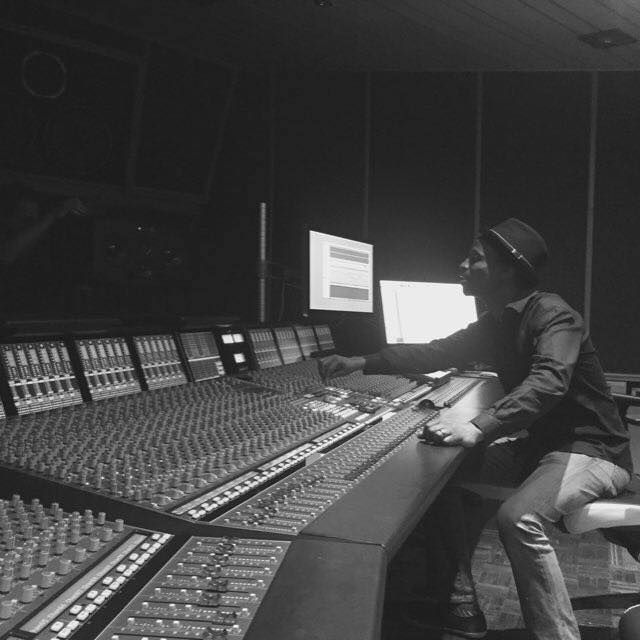 Tebogo Moloto[/caption] Tegobo was one of South Africa’s darling boys on the show and came in fourth place. After the show, he has been working as a performer, well as a sound engineer, producer and vocal consultant. He has produced and collaborated with several top South African artists including Proverb. Tracey-Lee Oliver (South Africa0 [caption id="attachment_114549" align="aligncenter" width="923"] 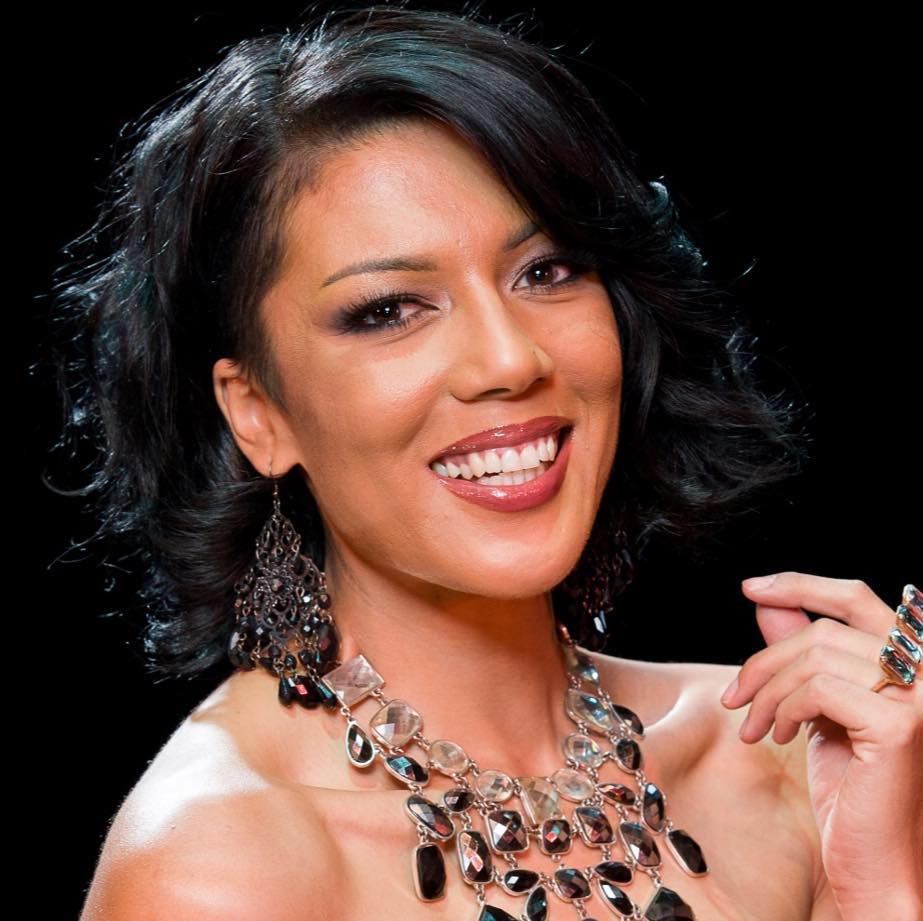 Tracey-Lee Oliver[/caption] Tracey-Lee came fifth on the show finale. During her stay in the competition she entertained with her music talent as well as comedic antics. Today she has grown into a powerhouse singer, comedian, actress and voice over artist. After Project Fame she has competed in other competitions such as Afrikaans Idols and The Voice (South Africa). Twice nominated for her performance of Deena Jones in Dreamgirls, she has also blown audiences away in Motown and Knights of Music at Gold Reef City. Tracey-Lee has performed alongside David Kau and Joey Rasdien in the feature film, Blitz Patrollie (2013) and starred in the reality TV series, SugarRushed. In 2016, she was one of the five leading ladies in Supreme Divas (Joburg Theatre.) Tracey-Lee has expanded her repertoire in 2017 by exploring her comedic side, doing shows across the country. Johan du Plooy (South Africa) [caption id="attachment_114550" align="aligncenter" width="960"] 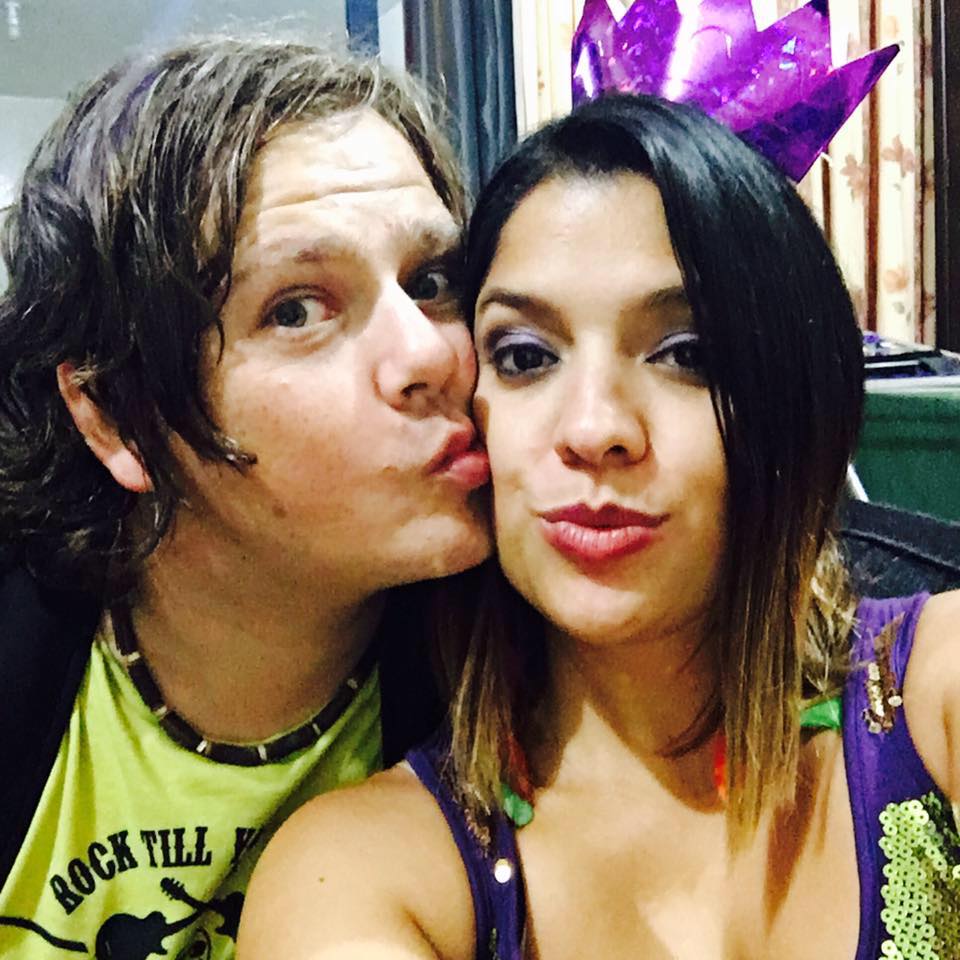 Johan du Plooy[/caption] Johan was the rock boy in the house and after the show he continues to do heavy metal, which he loves. He is currently a member of Sweet Chilli Jam, a band that plays Everything from early 50’s and 60’s all the way to the latest hits . The band is based in Dubai. Kudzai Sevenzo (Zimbabwe) [caption id="attachment_114551" align="aligncenter" width="720"] 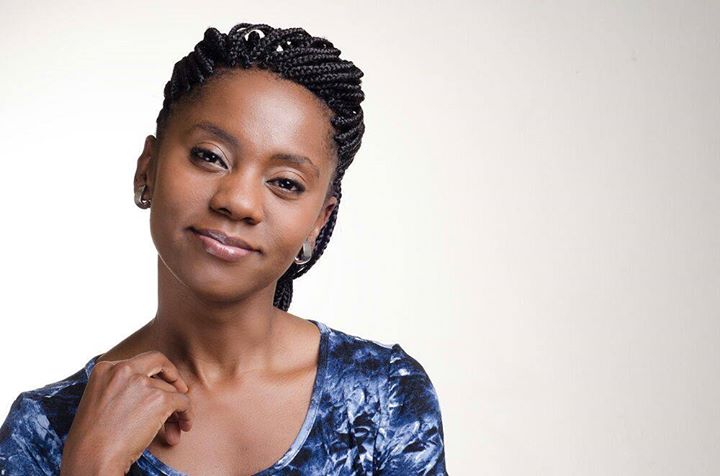 Kudzai Sevenzo[/caption] Kudzai’s acting and singing career was launched after Project Fame. Following the show, she released her debut album On A Day Like This’. She later released her second album Child Of Africa, also produced by Andrew Baird. Kudzai’s star continued to rise as she was selected to anchor for MNET’s magazine show, Studio 53, which saw her travelling Africa and exploring its cuisine, arts and culture. Karen Lucas (Kenya) [caption id="attachment_114552" align="aligncenter" width="940"] 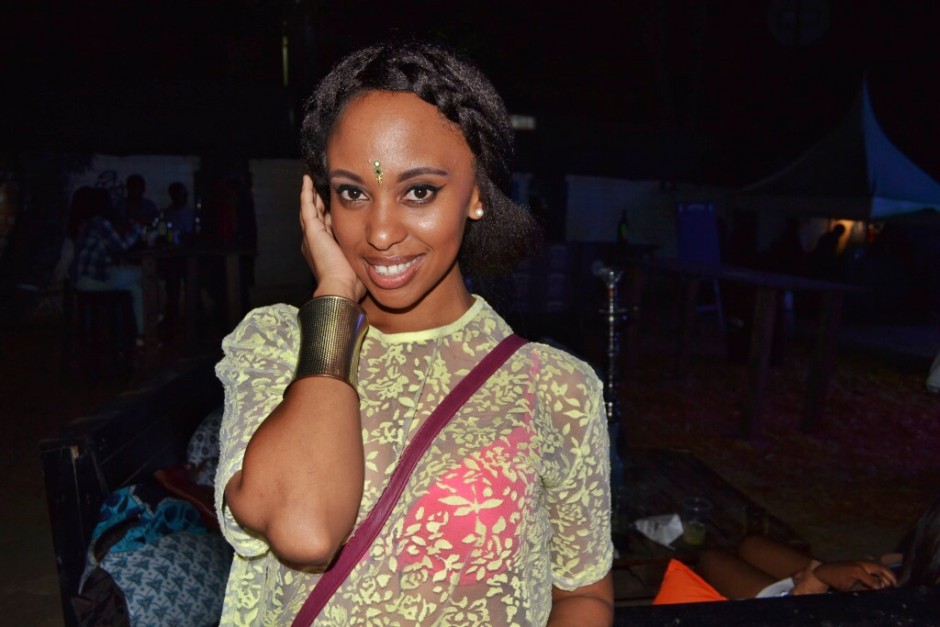 Karen Lucas[/caption] After her successful run on Project Fame, Karen (alias Kaz) went back to work and begun to do more shows. In 2006 she launched her debut album “Somin, The One We Were looking For”, which was sold out months later. Her second album was released at the end of 2013. A Christmas album titled ‘Christmas with Kaz and Sage’ where she featured upcoming and multitalented singer Sage. In 2005, she won the East African Kisima award for Best Afro Fusion Artist of the Year, and in 2006, she was honoured to receive the African Kora award for Most Promising Female Artist in Africa. She was also nominated for best actress in the ‘Kalasha awards’. Kenya’s first film award ceremony, for a short movie she starred in, in 2010. Kaz set up her events company Krimson concepts in 2006 and first created an event called ‘Urban nights’ which incorporated urban soul music and poetry. She has also starred in the TV show ‘State House’, a political drama. She continues to work closely with Supersport and Mnet as a television presenter. In 2012 Kaz co-hosted the talk show ‘The space’ that centered on Kenyan youth and making changes in society to benefit them. Claudia Mohr (South Africa) [caption id="attachment_114553" align="aligncenter" width="1000"] 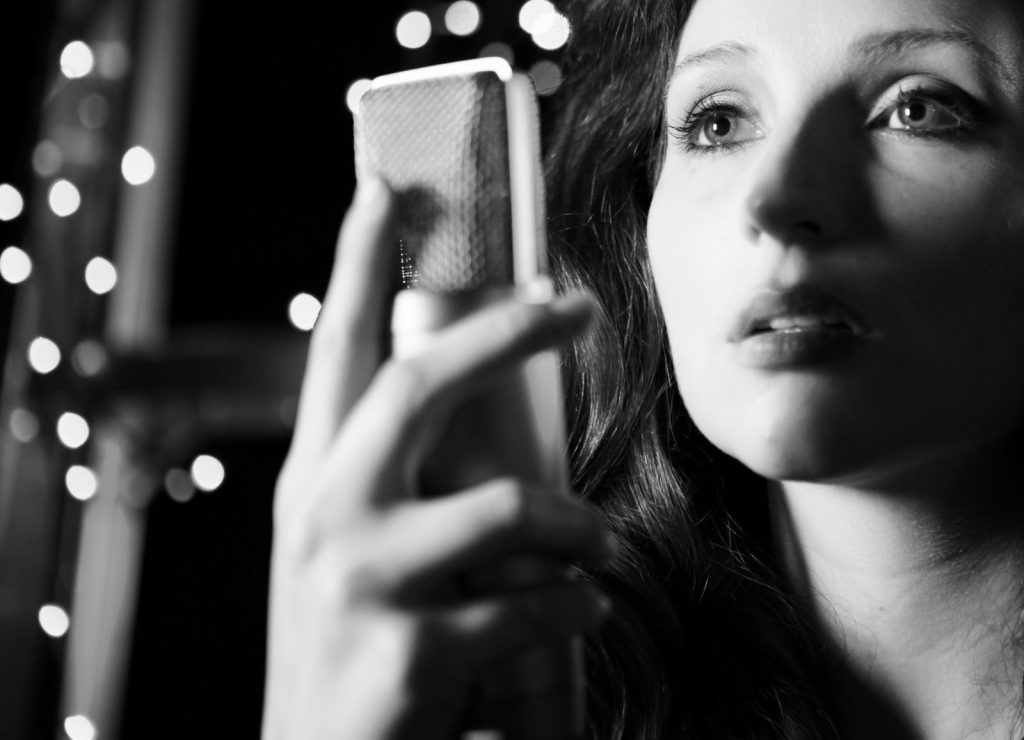 Claudia Mohr[/caption] After the show, Claudia Mohr has become a performing artist, sometimes referred to as South Africa’s Adele. Knowing that music was too much a part of who she was, and what she wanted in life, to just pursue it part-time she decided to expand her knowledge of the art form by studying jazz performance at UCT, and went on the receive her Bachelor degree in Music in 2007. She furthered her studies and received her Master degree in Music (2010). She started her own recording and production company, Mohr Music, whose first release her her own debut album. Her debut album, entitled ‘Go It Alone’, encompassed a range of musical influences which include funk, rock, blues and even references to local Afro-pop idioms unique to South Africa, while displaying a keen sense of individuality and a vocal quality that it ever rich and inviting. Steve Peralta- South Africa [caption id="attachment_114554" align="aligncenter" width="960"] 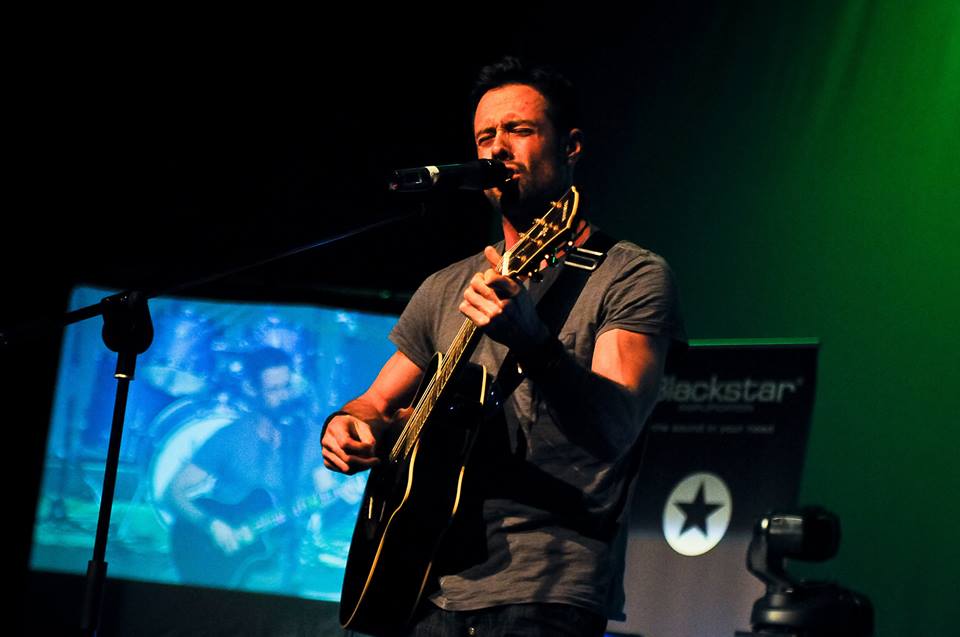 Steve Peralta[/caption] Steve continues to do music and has also a flourishing business in fitness and wellness now. Steve Peralta’s music reflects the state of his soul. In 2010 he won two awards in the Universal Music Nationwide Song Competition, namely 2nd place in Best Song category and 2nd place in Best Lyrics Category Steve also has a mission to help people live happier and more powerful lives. As an entrepreneur and business owner, corporate wellbeing consultant, mindfulness facilitator, wellness coach and musician, Steve ensures that he lives by his values, and keeps his vitality at an optimum level. Besides his corporate work, Steve has also established himself as one of the go-to wellness specialists in South Africa, having featured regularly on TV shows such as Doctor’s Orders on SABC3 & Youth Matters on DSTV. He also ventured into radio for a 1-year stint as the host of ‘Wellness Wise’. [caption id="attachment_114555" align="aligncenter" width="638"] 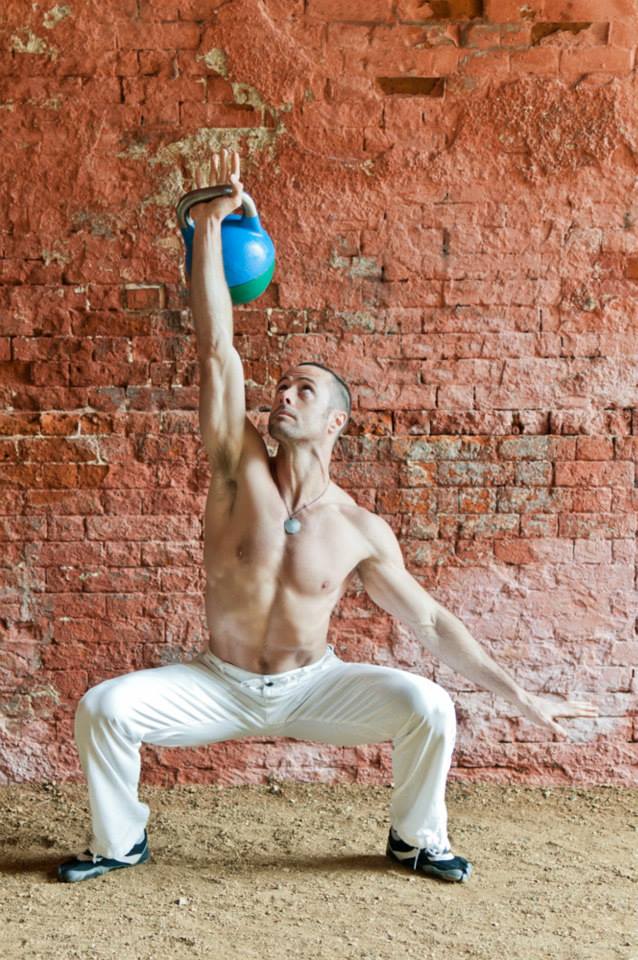 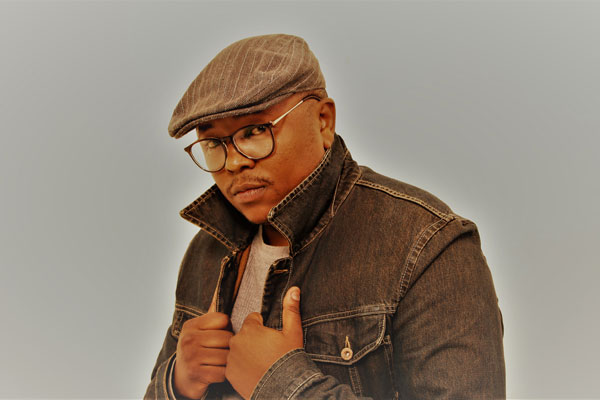 Max ‘Didge’ Nyatome[/caption] Kenyan RnB crooner, Didge – real name Max Nyatome is one of the many other prolific products form Project Fame. Didge has been able to blend Soul and RnB, with an injection of hip-hop, laced with a jazz flavor all infused with that all-important local element – creating what can only be described as “ Swa’RnB” (or Swahili RnB). Didge has also hosting several TV shows. He was the presenter of the V.I.P.I, a social entertainment magazine show. Tumi Ramailane (South Africa) [caption id="attachment_114557" align="aligncenter" width="960"] 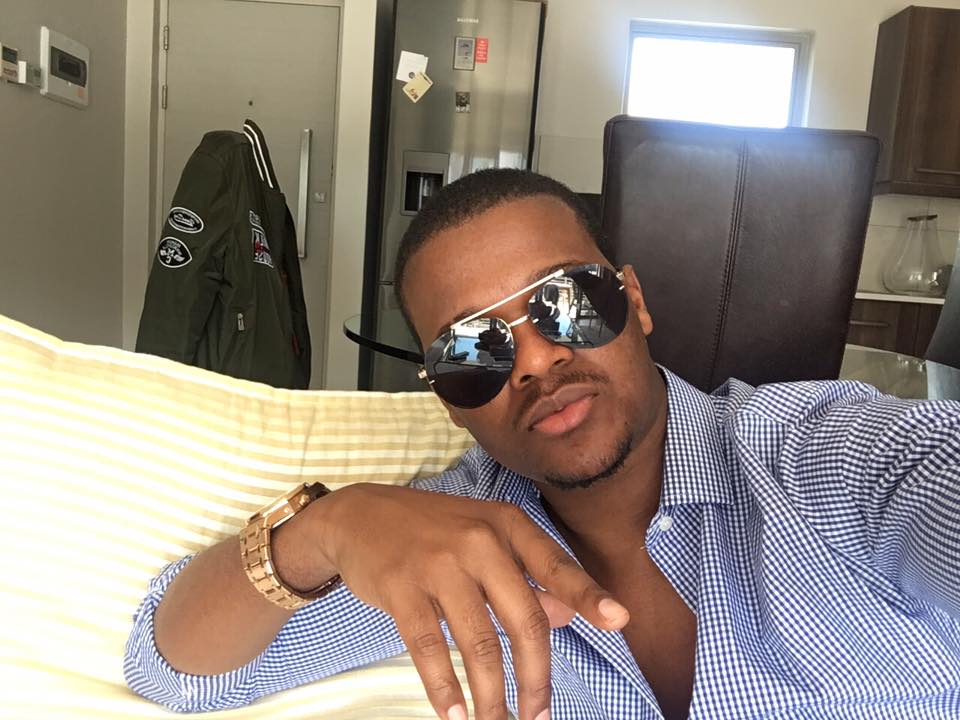 Tumi Ramailane[/caption] Tumi was the sweetheart of the house, and many in the Academy as well as those watching loved his calmness. He instantly became a household name especially with the ladies as the media compared his looks and talent to Usher Raymond. Tumi launched his Debut album titled “ No Guarantee” which became a hit with songs like “Give Me You”. The album was a success and enabled him to breakthrough the difficult genre of R&B in South Africa and Africa. Tumi produced his second album titled “Joburg City”. This time round Tumi had a new look and a new sound, an Adult Contemporary Album . https://ameyawdebrah.com/114141-2/ Tumi rebranded himself as Tumi Lane with a new look that signals sophistication and class. In 2009 he earned South Africa Music Awards nominations for best newcomer and Best R&B Album, as well as Best Video (R&B) nomination at the Channel O Music Video Awards for “Give Me You”. Carl “Bodea” Eckle – Tanzania [caption id="attachment_114558" align="aligncenter" width="900"] 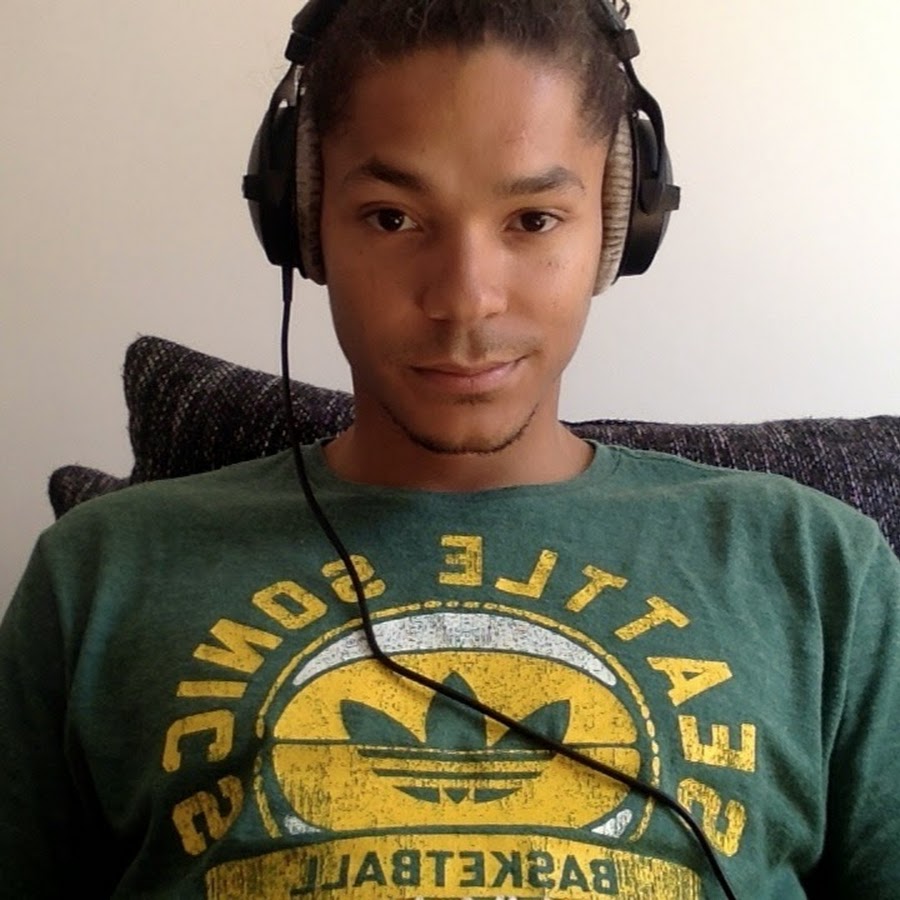 Carl “Bodea” Eckle[/caption] Bodea was the lover-boy of the show with his dashing looks and smooth reggae vibes. After studying Jazz Performance and Composition at the Cornish College of the Arts in Seattle, USA, he moved to Berlin, Germany. Bodea‘s debut album was recorded live, reflecting his style between Soul, Reggae, Tropical and Dancehall. In 2011, and at 28 he entered season 1 of The Voice of Germany as Carl-Marcel Eckle but didn’t go farther in the competition. Jid’dah Ado Ibrahim -Nigeria [caption id="attachment_114559" align="aligncenter" width="420"] 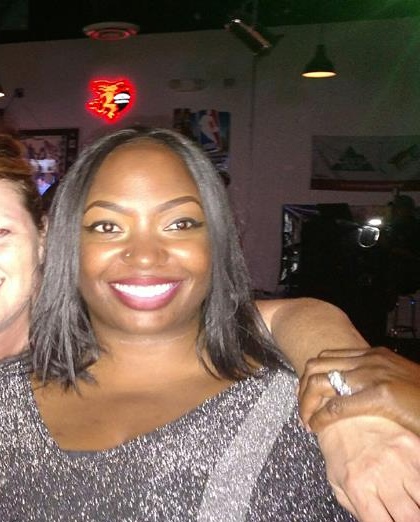 Jid’dah Ado Ibrahim[/caption] Jid’dah was the first contestant to be eliminated from the show. She was tagged the Nigerian princess due to her ‘princessy’ behavior on the show, which alienated her from most of the other contestants. After all she did make it clear that she was Nigerian royalty. After her elimination, she claimed that racism reigned at the Academy. She once had a song with Nigerian rapper Modenine but nothing much has been heard from her since. Perhaps her royal blood does not allow her to do music for a career. She has found a new love in food, children, and healthcare. And she currently lives in Arizona. https://ameyawdebrah.com/hottest-africans-instagram-part-2-2/]]>