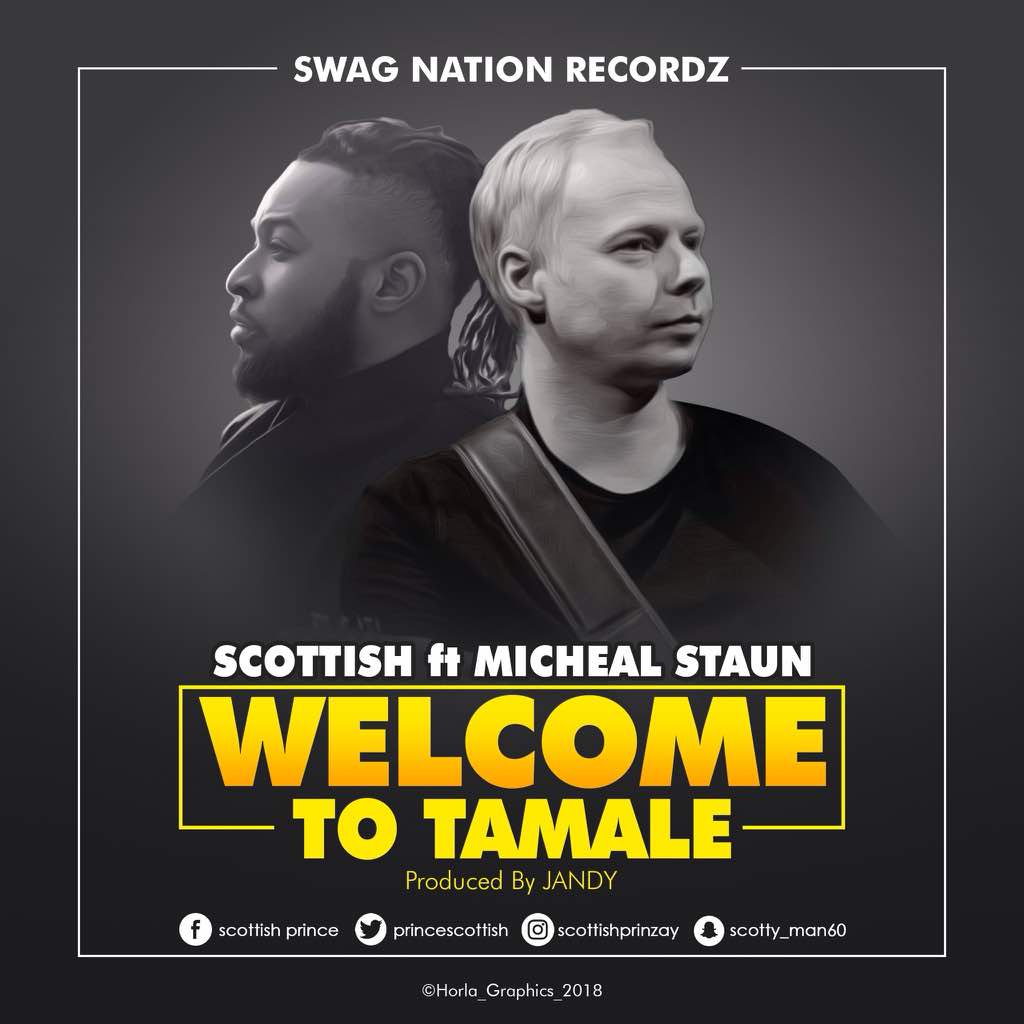 Michael Staun ,a pro Guitarist and song writer who’s has been in the game for 20 years is known to be one of the best musical acts who hails from Europe,Denmark to be precise, where he’s known to be a beast when it comes to stage work and performances.He’s the brain behind a lot of comedy shows ,movie themes and fantastic stage performances in the Danish music industry.

For the first time in Northern history,this collaboration is marked to be one of the first steps taken to bridge the gap and establish a link between Ghanaian and European music industry.

Scottish is a Dagomba Afro beats singer/song writer who hails from the northern part of Ghana,Tamale where talents like Rocky Dawuni,Sirina Issah,Fancy Gadam n few more originate from.Scottish is also known to be one of the leaders of the new school ,a driving force who is solidly behind the hottest movement in the North ,#TiNT ( This Is New Tamale),a new movement in which he made a close call to his fellow artists and industry players to come together to rebrand Tamale and the North.A move to attract investors and business Franchises,for the development of the 3 Northern regions .

He also stated that another objective is to clear the north off its false reputation and create a much more vibrant atmosphere for the youth to execute their creative ideas .

This new single entitled WELCOME TO TAMALE is “Dance “music which was produced by Jandy and mixed by Horrorfix Umaga.
He is set to drop
More singles and music videos before the year ends.You can follow him on social media to get more juice from his camp..
Fcbk-Scottish Prince
Twitter-princescottish
YouTube-Scottishpee