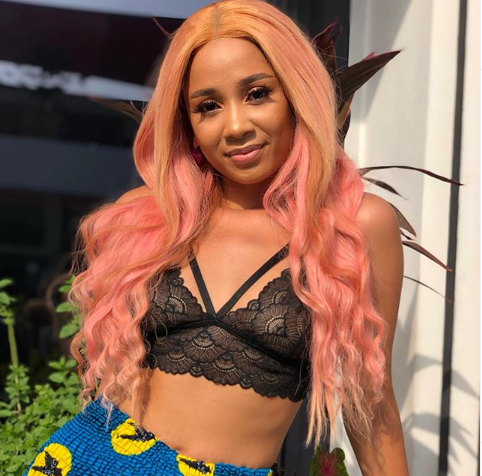 Ghanaian singer, Sister Derby, has got some advice for people thinking of dating celebrities.

According to the ‘Libilibi’ singer, anybody who wants to get into a relationship with a celebrity should have self confidence and “like attention”.

She gave the advice during an interview on the Class Drive (CD) on Class91.3FM on Tuesday, 7 January 2020.

“You just need to be confident in yourself and you need to like attention.” She told the host, Prince Benjamin.

Related Topics:Sister Derby
Up Next

Watch: Joke Silva reveals she still gets intimate with her husband Olu Jacobs

What a time to be an African! On the back of a successful Global Citizen Festival in Accra, and a visit of  Recording Academy CEO, Harvey Mason Jr to Ghana, his first trip to West Africa, it appears that Afrobeats may soon get its individual shine at the Grammys! END_OF_DOCUMENT_TOKEN_TO_BE_REPLACED

The School of Graduate Studies of the University of Professional Studies (UPSA) has honoured Ghanaian musician, Rebecca Acheampong known popularly as Becca for her outstanding academic achievements. END_OF_DOCUMENT_TOKEN_TO_BE_REPLACED

Platinum selling artist, KiDi has reacted to the resurfacing of his old tweets on the social media platform. END_OF_DOCUMENT_TOKEN_TO_BE_REPLACED