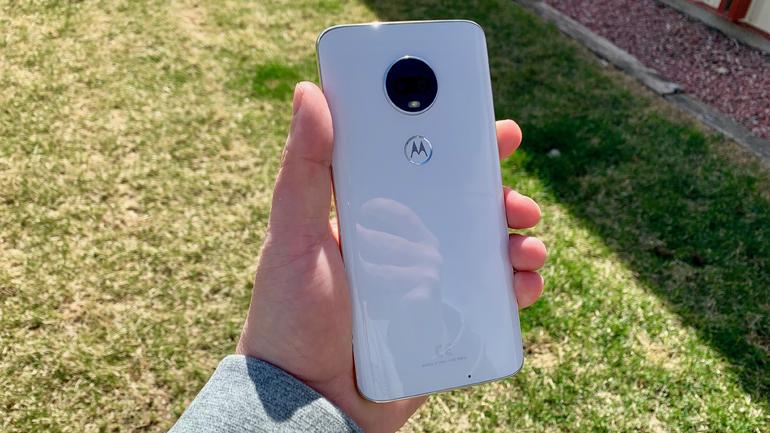 Techy or non-tech-savvy users are looking for smartphones that are new and have specs that are high-end but do not cost much. Being price-conscious, especially when buying gadgets is necessary if you want to have a simple, affordable, and working mobile phone. Motorola may not be known to people nowadays, but they manage to crawl back with great phones.

Motorola is the first company to come up with a technology that is hand-held devices. For a reasonable price, they make a variety of phones with great and outstanding features. Motorola may not be popular today compared to before, but having their mobile phone comebacks draws the attention of smartphone users.

In this article, we will show you five smartphones Motorola has created that are affordable. This article will guide you if you are looking for phones that are on the less pricey side but still bring exceptional features.

The Motorola Moto E6 Plus

The Moto E6 Plus is the best Motorola phone for you if you want to acquire a simple or basic phone. The features that it brings make your purchase worth it since it is very affordable and contains specs that are beyond your expectations. With its screen display of 6.1”, it will guarantee you the best video viewing experience or gaming screen display.

Motorola Moto E6 Plus smartphone has a removable battery with 3000 mAh power. Decent battery power at a reasonable price. Two models are available for customers to choose from; phone with 32 GB storage or a 64 GB phone. They differ in RAM because the 32 GB phone has a RAM of 2GB, while the 64 GB phone has 4GB RAM in it.

Now, if you talk about the Moto E6 Plus camera features, then you will get a basic 2 MP + 13 MP back camera, and a front camera has 8 MP. A video can be taken at 30fps and 1080p. Adapting to modern smartphone technology, Moto E6 Plus has a fingerprint recognition scanner. If you choose this phone, you will see that the features it has are on the pricey side.

The Moto G7 Play of Motorola is considered to be one of the best smartphones they have created and developed. It is a reliable phone with features at a very reasonable price. It has an HD display of 5.7” that will not disappoint users. In terms of the battery life span of this device, the Moto G7 Plus comes with a 3000mAh battery with type C USB rapid charger in 10W.

If we talk about phone processors, this contains a Snapdragon 632 processor. This phone has 32GB storage and 2GB RAM. The memory can be expanded or stretched to 512 GB if the user will place a MicroSD on the smartphone. Unlocking the mobile device has never been made accessible by Motorola since it has a fingerprint scanner.

If you are particular about battery life, then checking out the MotorolaG7 and considering its price tag and features is the best choice for you. It is considered one of the phones Motorola has developed that has an all-day battery life span for users not to worry about low battery. It has an HD+ 6.2” display that does not consume the battery life even though it has great specs.

It is equipped with a processor of Snapdragon 632 with a battery having 5000mAh power. Motorola claimed that this phone could be used up to three days with only one charge. An unbelievable battery feature that a lot of phones cannot top off. This phone has a 15W in USB-C port with a TurboPower charger.

If you use your phone daily and heavily use it, considering Motorola’s G8 Power smartphone will suit your heavy phone usage habits. Same with the Moto g7 Power, it has an outstanding battery life span for users to enjoy using their smartphones without having to worry about repeatedly charging the phone.

A resolution of 1080×2300 and a density of 399 PPI in a 6.4” display is by far the most eye-catching feature of all Motorola phones. If you prefer big phones, then this might be best for you. Its processor runs the Snapdragon 665 with 4GB Ram in a 64GB storage. The phone will last you more than a day of constant usage.

You should check out Motorola’s Moto Z4 Smartphone if you want phones that are 5G-capable. It has a screen display of 1080×2340 in a 6.4” large screen. Having minimalistic bezels is a unique feature of Moto Z4. It is a sub-mid-range phone that is not common when it comes to physical aspects and inner specs or features.

A snapdragon 675 processor, 4GB RAM, Android 9 Pie with 126GB storage is available in the Moto Z4. 3000mAh power is given, and if you are particular in-camera features, this will give your photos a nice and sharp quality back camera of 48MP. Moto Z4’s 25MP front camera is rare when you talk about a mid-range smartphone.

Motorola brings the camera specs and features at a new level for people to enjoy taking videos or photos without spending too much money. This Moto Z4 is included in the top smartphones of Motorola that people will enjoy utilizing.

Without a doubt, Motorola phones are worth checking and purchasing if you opt to go for mid-range mobile phones. Motorola developed phones from models that are low-end or cheap, to boulder phone models that are made with the highest quality. If you want to purchase phones that are cheap but still work best, you should try Motorola devices.

If you are looking for devices with a long battery life span with good cameras for pictures and video taking, then Motorola offers you phones that are worth spending. If you are price-conscious and want a decent phone with high-end capabilities at a much lower price, then we suggest you go through the given phones stated in this article.

Related Topics:Motorola Phones
Up Next

5 Apps You Should Try on Your Nintendo Switch