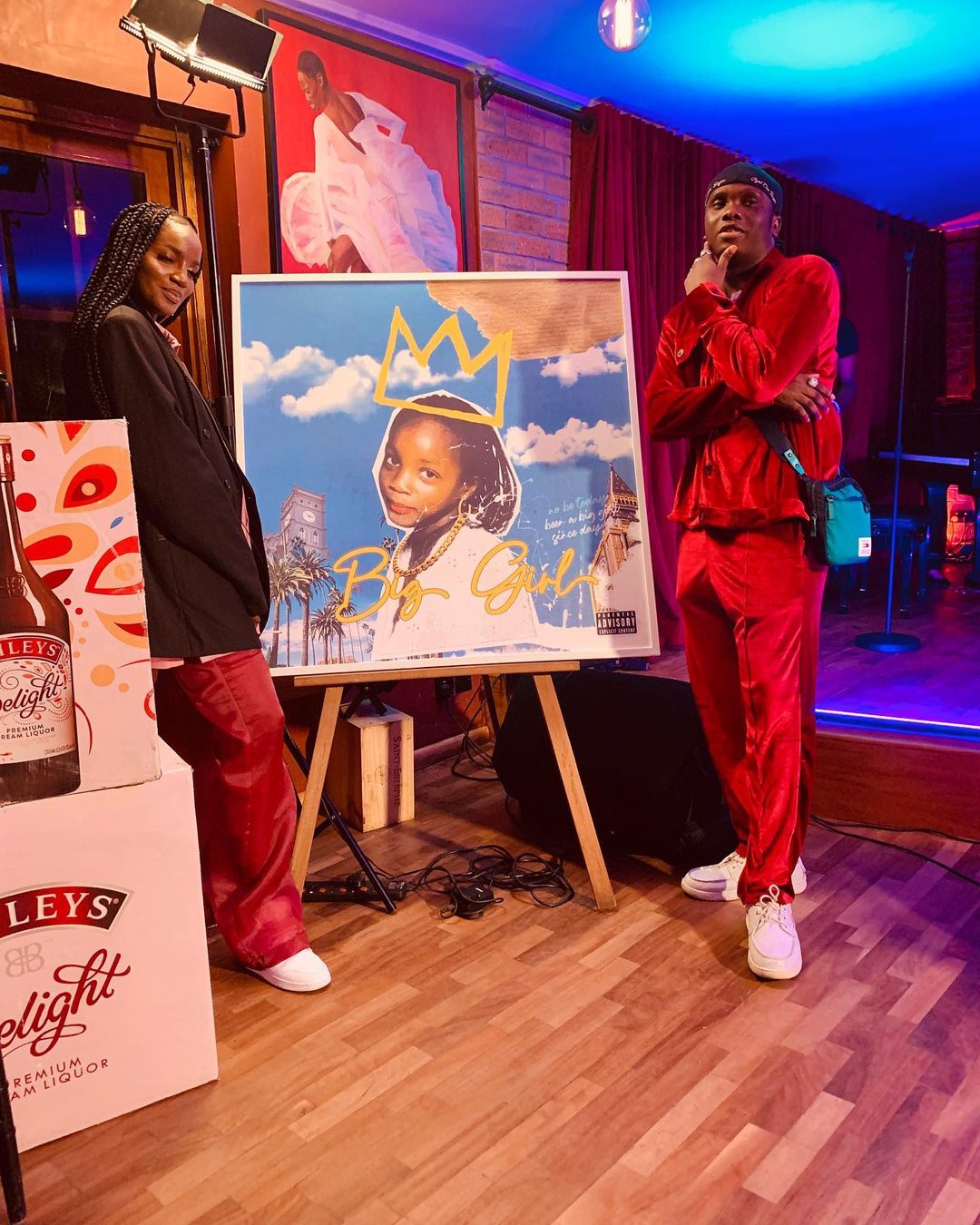 Our talent for this week is the Afro-fusion, and Afropop sensation Majeeed , known in real life as Ekeh Chiaka Joseph: an inspiring record producer, singer, and songwriter.

Born on the 28th of November in Lagos began recording in JSS2, while he was schooling at Ogun State. Majeeed started out as a Ghostwriter to Seyi Shay.

However, at the album launch of ‘Big Girl’, Seyi Shay called him for coming late to her event, and thanked him for being part of the production bootcamp and writing process of her album. According to Majeeed, I wrote ‘Let Me Know’, and co-wrote ‘Stamina’, and off the album I wrote Seyi Shay verse on ‘Give Me Chop’ by Stainless, and recently wrote Tiwa Savage verse on ‘No Wahala (Remix)’ by 1da Banton.

The singer is a graduate of Iscom University Benin, where he bagged a B.Sc in Mass Communication. His lyrical style takes different form, while he paints a picture of his emotions with his debut music project, “Bitter Sweet”, a 6-track ep released in March, with productions from Majeeed, Dalor Beats, Poposky Beats, Shugavybz, BlaiseBeatz, and Mr Kleb. So far, since he signed a record deal with Dream Empire Music, he had been on the limelight and was on the line-up of Felabration, and BUJU Live in Concert in 2021, with his minor hit single “Time”. In 2022, Majeeed was announced by Urban 96 Radio Network, as one of the opening acts, lined-up at Urban Live for Terry Apala, Reminisce, and CDQ.

He made appearance on DJ Xclusive’s “The XFiles EP Session1” – EP on track 2. ‘Banana’, and Jay Pizzle’s “Voltage” – EP on track 1. ‘Need More’. In a chat with Majeeed, he said “Does where songs; I wrote for DJ Xclusive, and Jay Pizzle. Shortly after I submitted the song, they both called me back to record it, instead of giving it out. (^.^); A lot of my materials would speak for me, as a songwriter, once Yemi Alade, Davido, Tiwa Savage, Zuchu, and Mbosso, start releasing them for the world to listen.”

His hit song, ‘Yawa No Dey End’, reached number 18 on Turntable Top 50 Airplay and number 25 on TurnTable TV Top songs, on the week of 10 May 2022. The deluxe version with Joeboy, released by Mr Eazi’s emPawa Africa, skyrocket the song from Tiktok, into the mainstream. It debut on the TurnTable Top 50 chart, at number 41, and reached number 4 on The Tastemakers, a radio record chart curated by Cool FM to monitor the most played songs on COOL FM Radio, in Lagos, Port Harcourt, Abuja, and Kano.

END_OF_DOCUMENT_TOKEN_TO_BE_REPLACED

Up and coming Ghanaian artist NKA just dropped an amazing song ‘Don’t Stall’,  which is catching a big buzz  in Ghana and around the world. END_OF_DOCUMENT_TOKEN_TO_BE_REPLACED

Dennis Gaimion teams up with 420 Haze and ill Bars to unfold this beautifully crafted record called “THREE CHAMBERS” which happens to be his first music video release of the year, 2022. END_OF_DOCUMENT_TOKEN_TO_BE_REPLACED