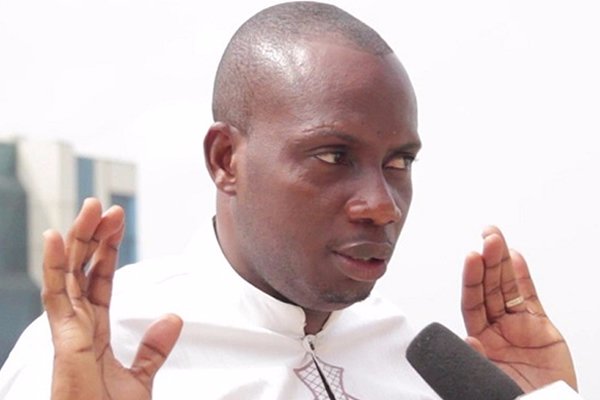 Controversial TV and radio personality, ‘Counsellor’ George Lutterodt has indirected responded to the ban by the Ghana Psychology Council on his carrer.

According to him, people had the right to switch off their radio or television sets when he is expressing his opinion about an issue.

The controversial personality, who was responding to his ban by the Ghana Psychology Council for the first time on Peace FM‘s Entertainment Review on Saturday, September 21, said he doesn’t force people to accept his supposedly wrong doctrines since he is called to express his views about trending issues.

“I’m a change agent and what I’m doing has saved many lives contrary to what people think about my teachings. Many people are frustrated and depressed and need psychological help. They mostly don’t have people to talk to and harbour suicidal thoughts and I receive calls from such people daily.

“I may not be making sense to some people but many people are also benefitting from my services so it is not compulsory for anyone to accept what I say. If you think what I’m saying is not making sense, you can switch off your devices when you see or hear me talk,” he said.

“Anyone who knows me from the days of Radio Universe will testify that I never called myself counsellor but gradually, people started calling me counsellor when I started appearing on radio and television shows and I have accepted it as my brand for what I’m doing,” he said.

The Ghana Psychology Coucil in a recent press statement said Counsellor Lutterodt could not hold himself as a counsellor.

The council cited him as being in contravention of the Health Professions Regulatory Bodies Act by calling and holding himself as a counsellor as well as providing counselling services on radio and television.

“The Health Professions Regulatory Bodies Act stipulates in section 14 that a person who doesn’t have the requisite qualification and who is not registered within the council but wilfully and falsely uses any name, title, or in addition, implying a qualification of practice as a psychologist(counsellor) and practices or professes to practice psychology of which include counselling or received payment to provide psychological services commits an offence and is punishable by law,” Registrar of the Council, Dr Dinah Baah-Odoom said in a letter.

However, Counsellor Lutterodt said he had professional training as a counsellor and had a certificate to prove that and would resist any attempts to arrest him.

Related Topics:Counsellor Lutterodt
Up Next

Davido to make an appearance in ‘Coming To America 2’ ?

TV3 is not only best in new and entertainment, but best in rewarding its staff too. END_OF_DOCUMENT_TOKEN_TO_BE_REPLACED

The Ave Maria School has launched its 40th-anniversary celebration by urging school leaders to provide better opportunities and platforms for interaction with students in order to guide them in their education. END_OF_DOCUMENT_TOKEN_TO_BE_REPLACED

Sadiq Abdulai Abu, the Chief Executive Officer (CEO) of 3Media Networks has stepped down from his role. END_OF_DOCUMENT_TOKEN_TO_BE_REPLACED