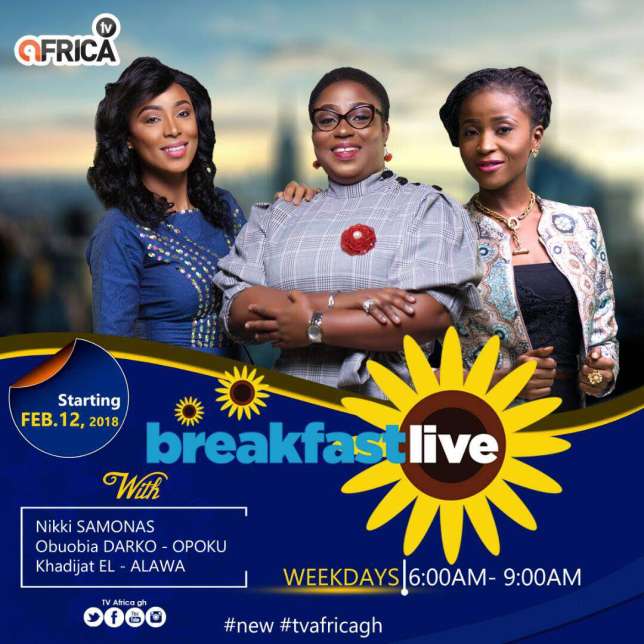 Earlier this year, TV Africa rebranded and gave a whole new look to the network in a bid to get more viewership. A few weeks ago, however, news came out that the Chief Operating Officer of TV Africa had resigned following reports that employees of the network were not being paid. Afia Schwazenegger, host of Political Police on the said network made matters worse by going after Stephen Atubiga by calling him a fool. Her show was suspended after the network apologized in a statement. However, it seems there are more shake ups happening. As of this morning, September 3rd, the station has suspended its morning show, “Breakfast Live”. A movie was shown in its place with a ticker at the bottom of the screen which says they are taking the program off air for a while to give it a “unique makeover” It is reported that the station has run into cash flow problems, and unable to pay workers, hence the decision to suspend all of its programs except news. At the moment it’s unclear how long this suspension would last. It’s truly unfortunate for the many employees of the station who have not been paid  for the past few months. We however hope that this situation does not lead to these workers loosing their jobs.  ]]>