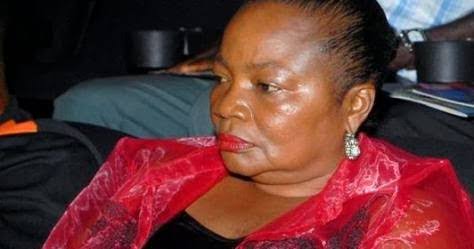 The actress died on Monday, February 17, 2020, in Calabar, Cross River State in Nigeria.

Her daughter, Augusta Akomolafe confirmed the actress’ death to the National President of the actors Guild of Nigeria(AGN), Ejezie Emeka Rollas.

Oseni was a member of AGN and the organization is mourning her demise.

She was famous for her lead role in Helen Ukpabio’s 1999 hit movie, ‘End of the Wicked’.

She played a dual role in the movie; a wicked mother and a sweet mother tormenting her children.

The movie was expository and until date, it is still relevant. It won four awards, including an international prize.

Her career spanned 24 years. She bagged several awards in her lifetime. She was popularly called ‘End of the Wicked mama’ as that was the movie that shot her into the limelight.

Related Topics:nollywoodPatience Oseni
Up Next