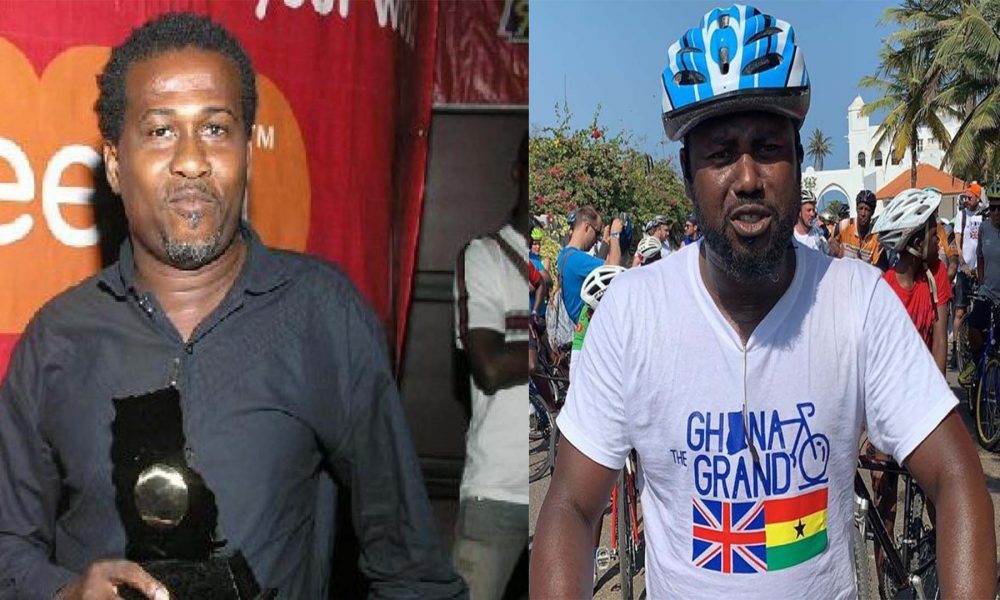 Highlife musician, Lucky Mensah has reacted to claims by Abeiku Santana that he helped to promote his songs in Maryland.

Whilst hosting his show on Okay FM, Abeiku Santana made Ghanaians especially fans of Lucky Mensah privy to how he pushed the music career of their favorite musician years ago.

Abeiku cited “Come Back” song by Lucky Mensah in reference to how he sent CDs of the above-mentioned song to Maryland in the US for promotion and selling purposes.

Reacting to the revelation by Abeiku Santana, Lucky Mensah in a video revealed that he had no knowledge of Abeiku’s actions and further called him a thief for selling his music without making accounts of the revenue to him.

“Do you know how to write music? Do you know how to produce a song? You are a thief. If you claim you sold ‘Come Back’ in Maryland, then I have to hand you over to my lawyer because you didn’t make any account to me nor credit my producer and that makes you a thief” Lucky said in Fante.

He further stated that Abeiku has never helped to promote his music. He said any time he would play his songs, he had to give him money.

“He took payola before playing my songs. He did not do that for free so he cannot say he has helped me to promote my music,” he noted.