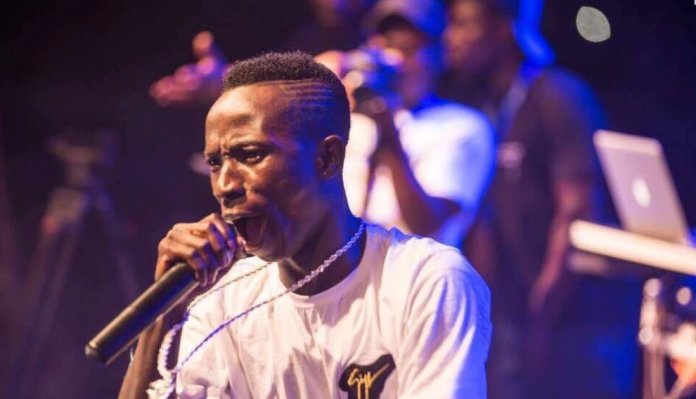 Patapaa Amisty has come hard at Joy FM’s DJ Black by calling his brand “trash” and claims he’s not even on the list of his Top 100 DJs in Ghana.

In an interview with BRYT TV, the ‘One Corner’ hitmaker was responding to a question that had to do with something DJ Black had said about him. It turns out that there was a parody news out there that DJ Black said Pataapa was a joke and not a real musician or celebrity. And the interviewer asked Pataapa for his response

According to Patapaa, DJ Black started from the bottom as well and had no right to rubbish his talent with his past comments.

It seems the “Pa2Pa Skopatumana” album maker is still salty about DJ Black not including him in his ‘Top 50 Emcees in Ghana’ list.