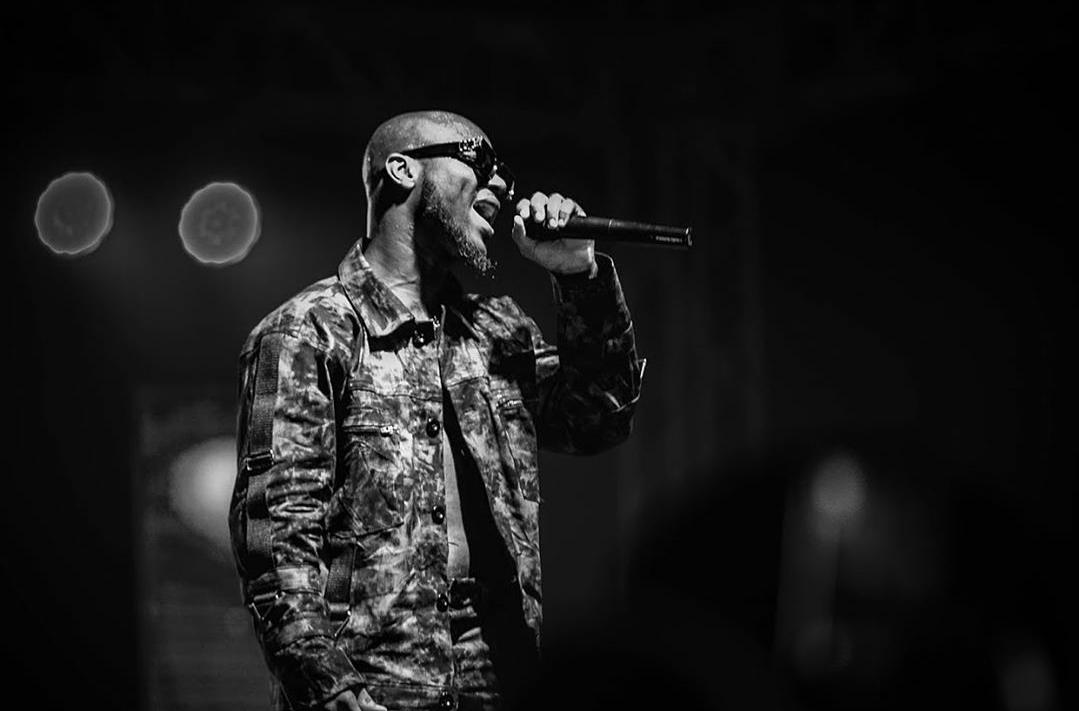 King Promise delivered ‘As Promised’ last year and climaxing it with back-to-back performances in December was the icing on the cake.

Setting off with his sold-out show, ‘PROMISELAND’ on 22nd December,

The ‘Commando’ hitmaker with his signature bald head and big ‘camboo’ burst onto the scene singing his most popular hit “Oh Yeah”. His high energy was endearing and he launched into a rousing rendition of many of his biggest hits helped along by the crowd.

It was nice to see the Maestro Kojo Antwi come out and perform their song ‘Bra’, Mr Eazi who had the crowd going crazy and Sarkodie who gave a spectacular performance of their song ‘Can’t Let You Go’.

PROMISELAND 2019 was a huge success and can’t wait for this year’s edition.

The next day, 25th December, King Promise was up and rocking the crowd at Rapperholic 2019. From ‘Can’t Let You Go’, ‘Anadwo’ to CCTV, the duo had the crowd singing along to every tune.

27th December was Detty Rave and King Promise was on stage to ‘detty’ himself. His less than 20 minutes set had the ladies going crazy and screaming their lungs out.

Less than 24hrs with his voice still smooth and energy still high, King Promise was up on the Afrochella 2019 stage killing it.

December 29th on the Naturalfest show stage at the Crystal Park, he was full of energy and performed to the ultimate entertainment of patrons.

The next night, 30th December saw King Promise perform at two different events. First, he joined Kidi on stage at the SUGAR CARNIVAL 2019 in Abetifi.

Rushing back to Accra to join R2bees on at Afronation stage, King Promise and the duo performed their hit singles ‘Boys Kasa’ and ‘Picture’.

The voting portal for the 2022 edition of the All Africa Music Awards (AFRIMA) opened to the public on Sunday, 25 September at 21:00 (CAT), to decide the winners of each of the 39 award categories, globally. END_OF_DOCUMENT_TOKEN_TO_BE_REPLACED

Ghanaian actress, Yvonne Nelson has issued an apology on behalf of Ghanaians to Stephen Appiah and his Black Stars colleagues. END_OF_DOCUMENT_TOKEN_TO_BE_REPLACED

Professor Elsie A. B. Effah Kaufmann, host of the popular National Science and Maths Quiz has shared a bit of her private life. END_OF_DOCUMENT_TOKEN_TO_BE_REPLACED

As the only Ghanaian female artist to perform on the Global Citizen Festival stage at the Black Star Square last night, Gyakie did an incredible job representing the country and doing her part in being a contributing voice for global change. END_OF_DOCUMENT_TOKEN_TO_BE_REPLACED

Although Ghanaians appreciate Professor Elsie A. B. Effah Kaufmann as the Quiz Mistress of the popular National Science and Maths Quiz, there are other things that they love about her. END_OF_DOCUMENT_TOKEN_TO_BE_REPLACED