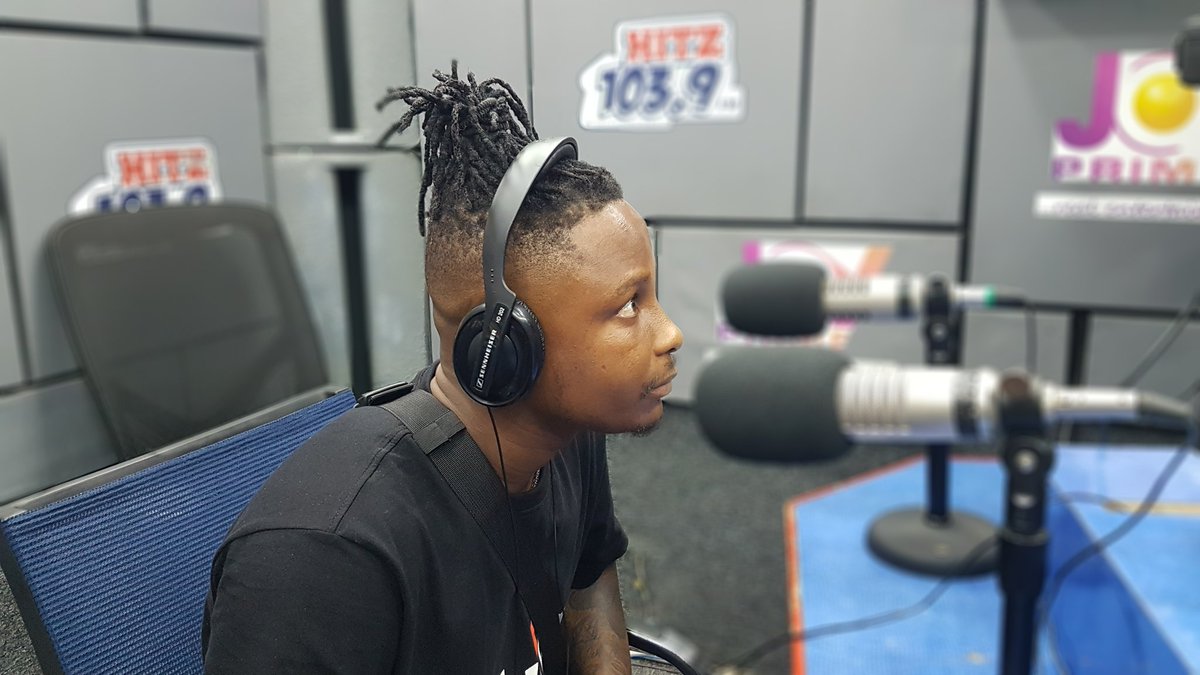 Former Burniton Music signee Kelvyn Boy has stated in an interview that Stonebwoy was never proud of him.

Speaking in an interview with Andy Dosty on HITZ DAYBREAK, the Afrobeat musician, every member of the Burniton Music Group was proud of his work but Stonebwoy showed otherwise.

The “Mea” hitmaker further stated that he was very loyal and respectful to Stonebwoy and every member of his team and all he wanted was for Stonebwoy to be proud of him.

Kelvyn Boy added that he was very surprised and hurt after his boss and mentor described him as ungrateful.

“I am grateful to Stonebwoy for showing me to the world but he was never proud of me. Everybody in the team was but Stonebwoy wasn’t proud of me. Because he has never said I did something good but he was here to say bad things about me”, Kelvyn Boy stated.

HOT VIDEO — Stonebwoy is not proud of me. But I appreciate him for helping me. – Kelvyn Boy. #DaybreakHitz pic.twitter.com/eEVuNMgz8w

Kelvyn Boy was reacting to the decision by his previous team to part ways with him.

Few days ago, management of the Burniton Music Group announced that Kelvyn Boy is no longer a member of the group.

“My wife is not my new manager” – Stonebwoy

Marriage and motherhood won’t slow me down – Becca

Eyinatayo Iluyomade, a 19-year-old Lagos-based comedian, has been arrested and charged to court for saying an expensive joke. END_OF_DOCUMENT_TOKEN_TO_BE_REPLACED

Despite the public not being privy to the romantic life of Ghanaian actress Salma Mumin, she has revealed her heart has been broken several times. END_OF_DOCUMENT_TOKEN_TO_BE_REPLACED

The Lioness of Africa, Wiyaala and the King of African Dancehall, Shatta Wale on Saturday, August 13, 2022, rocked the Summer Stage in New York City. END_OF_DOCUMENT_TOKEN_TO_BE_REPLACED

Legendary Ghanaian rapper, Tinny has descended heavily on Stonebwoy and Mercury Quaye over some comments they had made on radio concerning the confiscation of his car. END_OF_DOCUMENT_TOKEN_TO_BE_REPLACED

Ghanaian music artist and music connect, Smallgod has stated that despite having over 15 years experience in the music scene, he worked hard to get all the love he’s getting from big names in the music scene. END_OF_DOCUMENT_TOKEN_TO_BE_REPLACED