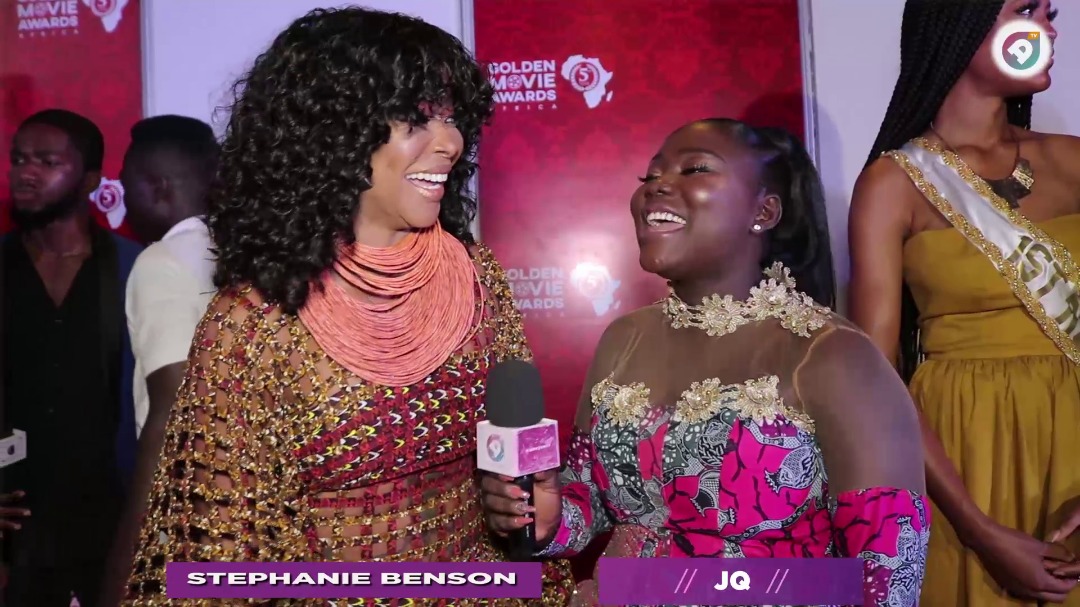 Earlier this year, Stephaine Benson starred in her first movie “40 Looks Good On You” and according to her, taking her clothes off was her best part. The 52year-old singer attended the Golden Movie Awards for the first time this year and speaking to AmeyawTV, she revealed her excitement to meet and support the key players who work in the film industry.

When asked about her experience working on a film set and if she was going to act in another project she said: “I will take on another project because I love challenges. Somebody has to tell me whether I was good or not? I mean, I took my clothes off and that was the best part for me”

“I will take on another project, I’d to play to comedy next time or play Jackie Chan because I love fighting” she added.

Related Topics:Stephaine Benson
Up Next